‘Does Not Stand to Reason’: India Rejects China’s Objection to Venkaiah’s Arunachal Trip

The Chinese foreign ministry had said that Beijing has “never recognised the so-called 'Arunachal Pradesh' established unilaterally and illegally by the Indian side”. 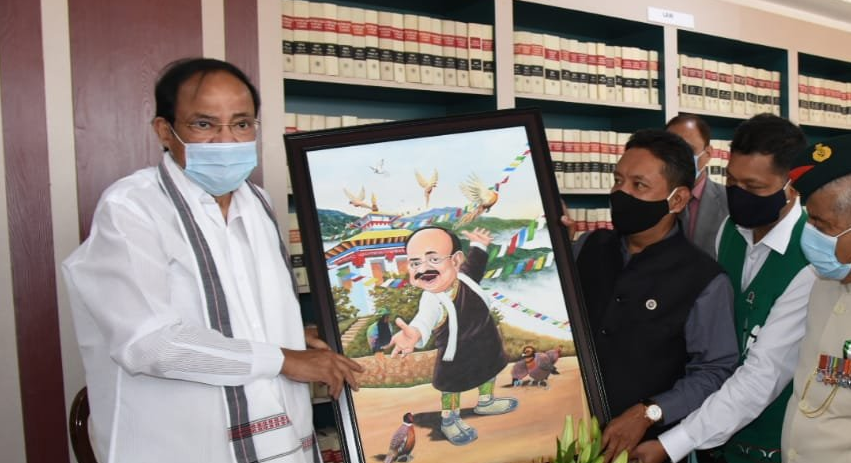 New Delhi: Dismissing Chinese opposition on vice president Venkaiah Naidu’s tour of Arunachal Pradesh, India on Wednesday said that China’s objection to the visit of an Indian leader to a “state of India does not stand to reason and understanding of the Indian people”.

Stating that China’s position on the boundary issue is consistent and clear-cut, Zhao asserted that Beijing has “never recognised the so-called ‘Arunachal Pradesh’ established unilaterally and illegally by the Indian side”.

The Chinese foreign ministry also said that India should “earnestly respect China’s major concerns, stop taking any action that would complicate and expand the boundary issue, and refrain from undermining mutual trust and bilateral relations”.

Zhao said that India should take “real actions” to maintain peace and stability at the border area and bring bilateral relations back on track.

The latest verbal volley took place just a couple of days after the 13th round of military talks on the Ladakh stand-off collapsed, followed by public recriminations. Since May 2020, Indian and Chinese soldiers have been engaged in an ongoing stand-off on multiple points in Eastern Ladakh, which saw the first fatalities at the border in over four decades. While the militaries have de-escalated at two points, China has refused to return to status quo at Dapsang Plains and hot springs.

India on Thursday iterated that the stand-off was caused by the “unilateral attempts of Chinese side to alter the status quo in violation of the bilateral agreements”.

“Therefore, we expect the Chinese side to work towards early resolution of the remaining issues along the LAC in Eastern Ladakh while fully abiding by bilateral agreements and protocols rather than trying to link unrelated issues,” said Bagchi.

Indian leaders, from the president to Union ministers, have frequently visited Arunachal Pradesh over the years. Other visitors to which China has publicly objected were Tibetan spiritual leader Dalai Lama and the US ambassador.