'Faced with a fork in the road in 1961, the world chose the wrong path to deal with nuclear weapons. Today, we are at another crossroads,' says senior Indian diplomat. 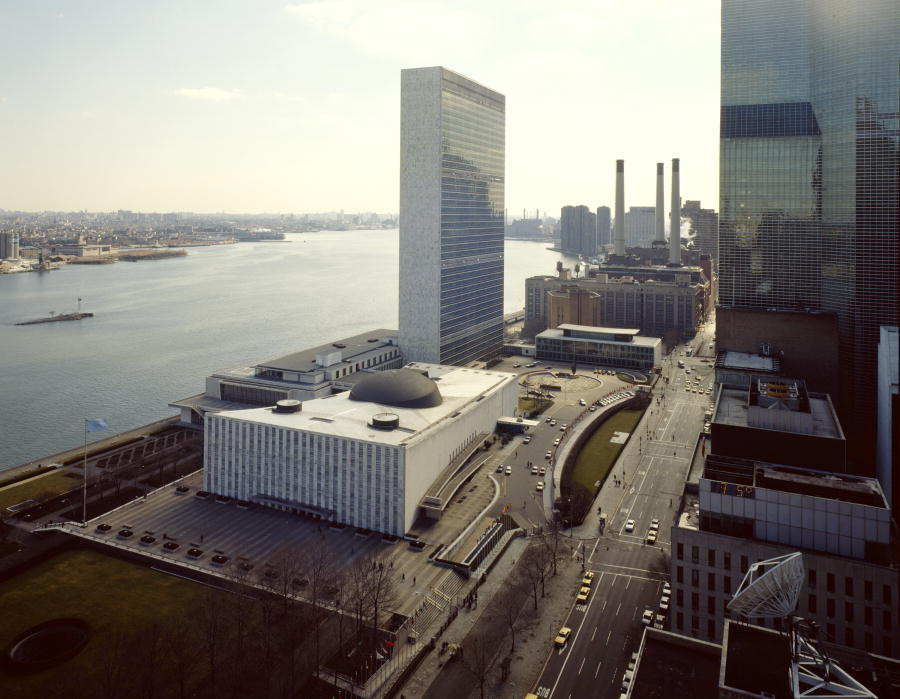 New Delhi: India has officially announced that it will not take part in the multilateral negotiations for a nuclear weapons ban which began at the United Nations in New York this week, with Indian officials expressing doubts about whether the efforts can lead to nuclear disarmament in the absence of “an agreed multilateral framework”.

Speaking at the plenary of the UN’s Conference of Disarmament (CD) in Geneva on Tuesday, India’s permanent representative Amandeep Singh Gill noted that the CD was the “right place for pursuing nuclear disarmament in all its essential elements”.

“It has the mandate, the membership and the rules for embarking on the path to nuclear disarmament. Accordingly, India is not participating in the work of the conference on the prohibition of nuclear weapons that has started this week in New York,” he said.

Last year, India abstained at the vote in the First Committee and UN General Assembly on the resolution which called for a conference to negotiate a legally binding instrument to prohibit nuclear weapons, leading towards their total elimination. “We are not convinced that the proposed Conference in 2017 convened under GA rules of procedure can address the longstanding expectation of the international community for a comprehensive instrument on nuclear disarmament,” India had said in its ‘explanation of vote’.

At that time, however, it had not completely ruled out participating in the negotiations, recognising that there was a rising tide of public opinion in favour of nuclear disarmament.

India is among 40 countries – including the United States, Britain, France, Russia and China – which are boycotting the five days of preparatory talks at the UN General Assembly from March 27-31. This will be followed by a week conference in July to finalise the new treaty. Pakistan, too, is staying away, as are a host of US allies – especially those European and Asian countries that are shielded by the US nuclear umbrella. 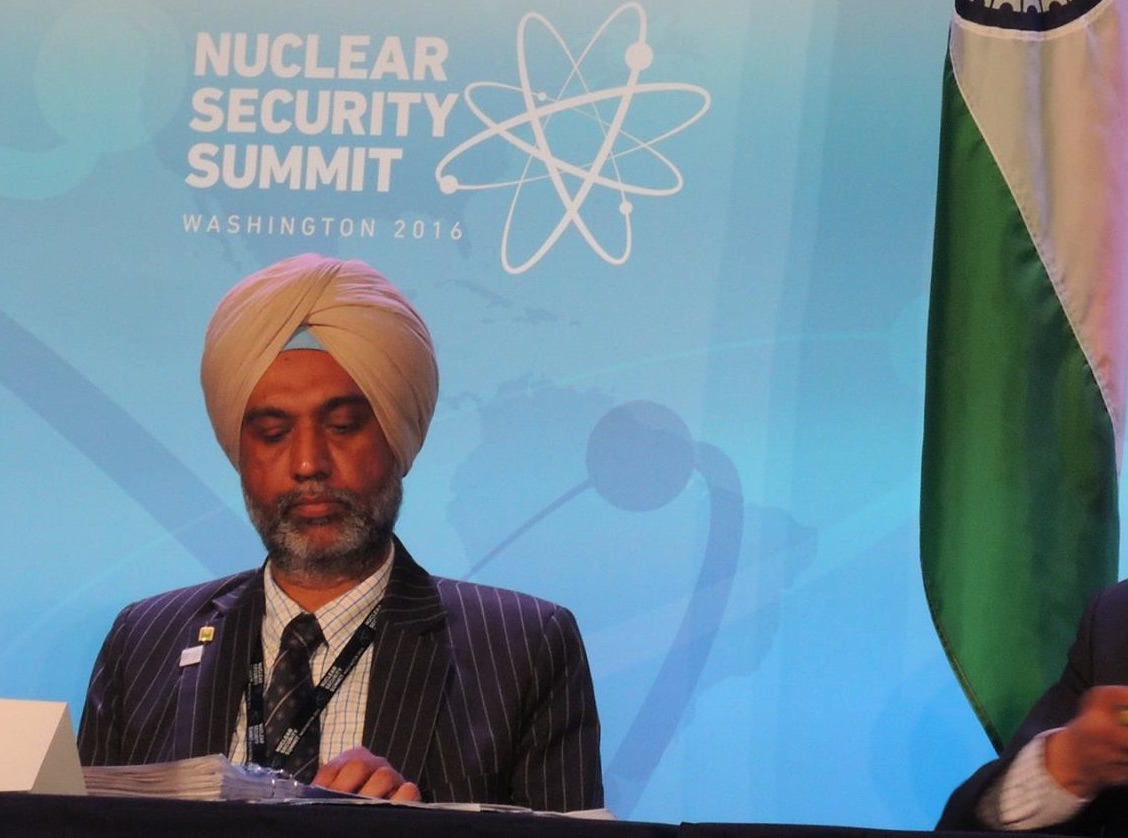 Gill told the CD that “the decision (to not participate in the ban conference) has not been easy for India”.

“We appreciate the sincere effort behind the initiative and remain willing to work with the sponsors to reduce the role and military utility of nuclear weapons, to prohibit their use under any circumstances and to eliminate them globally,” he said, referring to the civil society campaign which had led to this to conference.

Pointing out that the CD was the appropriate body to thrash out a treaty, Gill said that a subsidiary body “with an agreed mandate as part of comprehensive and balanced programme of work” could begin immediate work on the “essential elements” of a multilateral framework to achieve nuclear disarmament.

He described these ingredients as being “three pillars: a universal prohibition, complete elimination and international verification”.

In fact, the CD has been deadlocked for years on its programme of work and has recorded no progress on issues already on its agenda such as the proposed Fissile Material Cut-Off Treaty and the Prevention of Arms Race in Outer Space, primarily because of Pakistani and Chinese objections.

Last month, speaking at an event to mark the 50th anniversary of the Treaty of Tlateloco, which established Latin America as a nuclear weapons free zone, another Indian nuclear negotiator-diplomat elaborated on the reasons why a nuclear ban treaty as being currently envisaged would not work.

Like Gill, his predecessor at the CD, D.B. Venkatesh Varma also said that only the CD was in a position to incorporate the “three pillars” essential for a future comprehensive nuclear weapons convention: universal prohibition, complete elimination and international verification.

“It is of course tempting that we pick and run with one of the pillars, as indeed is being proposed in the ban treaty negotiations that will commence next month,” he said on February 13 at a commemorative seminar in Mexico City. 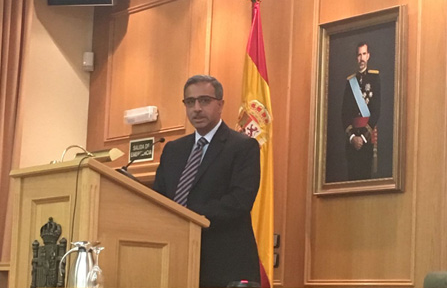 The UNGA had in 1961 approved a resolution moved by Ireland calling on nuclear weapon states to take steps to prevent their spread to other states and on every other country to refrain from acquiring those weapons. This framework later evolved into the Treaty for the Non-Proliferation of Nuclear Weapons, on NPT.

Fifty-six years later, Varma, currently posted as India’s ambassador to Spain, acknowledged that “like in in 1961, once again this year there may be a crucial fork in the road”.

But, too much water has flowed down the bridge for a one-note treaty, he said.

“A treaty focused primarily on prohibition of nuclear weapons would have made eminent sense in 1945, before the military utility of nuclear weapons was demonstrated and acted upon – by one country after another, in one form or another – so much so, today, 25 years after the end of the Cold War and 71 years into the nuclear age, the security policies of countries having almost half the world´s population are linked to nuclear weapons”.

These measures, he said, “presuppose … a universal commitment based on a shared belief that the world can be made safer through nuclear disarmament and not its mirror opposite argument, made, in particular, by the new found devotees of the concept of strategic stability – that puts the onus on the world being first made safe for nuclear disarmament.” (emphasis added)

In the current circumstances of clandestine proliferation and lowering of nuclear threshold by “states harbouring terrorists”, Varma said that “it would be beyond the realm of practical politics to expect states to venture on the road to nuclear elimination at a time of an acute accentuation of nuclear risks”.

“Erosion of the geopolitical framework and deterrence stability are compelling reasons for moving forward on nuclear disarmament, provided the transition is inclusive, legitimate and sustainable,” he noted.

Varma admitted that the nuclear weapons ban conference was a reflection of  the “aspirations” of a large number of countries and a NGO community “led by a new generation of young leaders passionate about the noble cause of ridding the world of nuclear weapons”.

But he also cautioned that while “while public sentiment favours nuclear disarmament, organised public pressure is less in evidence”.

“From India´s point of view, an inclusive process is important – not for reasons of appeasement but on the contrary, to leave no space for those wanting to get away from implementing their commitments on nuclear disarmament,” Varma stated.