Has India Become Party to a UNHRC Resolution Against Myanmar?

For the first time, India did not explicitly disassociate from the resolution extending the mandate of the Independent International Fact-Finding Mission on Myanmar. New Delhi: Did India go along with a United Nations Human Rights Council (UNHRC) resolution extending the mandate for a probe into ‘crimes’ by Myanmar’s security forces, even though it had initially opposed its creation?

Following Prime Minister Narendra Modi’s visit to Nyay Pyi Taw, India has had to re-balance its Rohingya policy after the number of refugees streaming into Bangladesh made Dhaka unhappy over New Delhi’s robust support to Myanmar.

From only just referring to “extremist violence” in Rakhine State, India had to acknowledge that there was an “outflow of refugees” and began to send packages of humanitarian assistance to camps in Bangladesh.

However, it was at the 36th session of the UNHRC, which ended on September 29, that the extent of India’s pivot became known.

As The Wire reported earlier, India, for the first time, acknowledged the role of the Myanmar military in the rising number of refugees during the informal interactive dialogue of the fact-finding mission on Myanmar at the UNHRC.

But India’s position seems to have evolved even further.

On September 29, the UNHRC passed a resolution by consensus that extended the mandate of the Independent International Fact-Finding Mission (FFM) on Myanmar. For the first time, India did not explicitly state that it was disassociating from the resolution, before it was adopted without a vote.

The mandate for the fact-finding mission was created on March 24 this year, following reports of security forces’ operations in Rakhine villages after the October attack on Myanmar border personnel by a new Rohingya militant group. The plan was that the probe would give an oral update in the 36th session – which ended last week – with a final report in March 2018.

At that time, Myanmar’s permanent representative Htin Lynn “disassociated” his country from the resolution, questioning the need for a UN probe. Squarely batting from Myanmar’s corner, India’s then envoy Ajit Kumar had also described the resolution as “not entirely unhelpful”. He asserted that India had “no option but to disassociate ourselves from the draft resolution A/HRC/34/L.8/Rev1, and its adoption”.

Six months later, the UNHRC met again in the backdrop of the largest exodus of refugees from Myanmar – a result of extensive security operations by the Myanmar military after an attack by the new terror group, Arakan Rohingya Solidarity Association.

With the workload having increased “exponentially”, the Council extended the mandate till September 2018 with a new resolution on September 29.

As expected, Myanmar “dissociated herself” from the resolution, asserting that extending the mandate of the mission would be “counterproductive” to efforts to achieve “national reconciliation” and for “restoration of peace, stability and development in Rakhine state”.

There were only five speakers before the resolution was passed. Besides Myanmar, the draft was introduced by Estonia on behalf of the European Union. The other three were Philippines, China and India.

China “disassociated itself from the consensus on this draft resolution” on that grounds that text would not be much of a help to bring the concerned countries – Myanmar and Bangladesh – to start a dialogue and “stabilise” the situation in Rakhine.

The Filipino diplomat pointed out that the FFM’s efforts would overlap with the work “largely performed and completed” by the Advisory Commission on Rakhine. Reiterating that there was no scope for a UNHRC probe, the Filipino ambassador said that the only job left to be done is “to follow through with the Commission’s recommendations, which the Myanmar government committed to implement”.

In contrast to all the other speakers, the statement read out by India’s permanent representative to the UN Rajiv Chander had no direct reference to the resolution in hand. With no mention, there were no unambiguous phrases which distanced India from the resolution.

Chander asserted that while the initial trigger for the current crisis were “terrorist attacks”, the “subsequent operations by security forces have resulted in the exodus of a large number of people, many of whom had sought shelter in neighbouring Bangladesh”.

Echoing his September 19 remarks, Chander said Myanmar security should “handle the situation with restraint” with focus on welfare of ‘civilians’, prevent further exodus and “encourage the safe and sustainable return of those who have fled”. 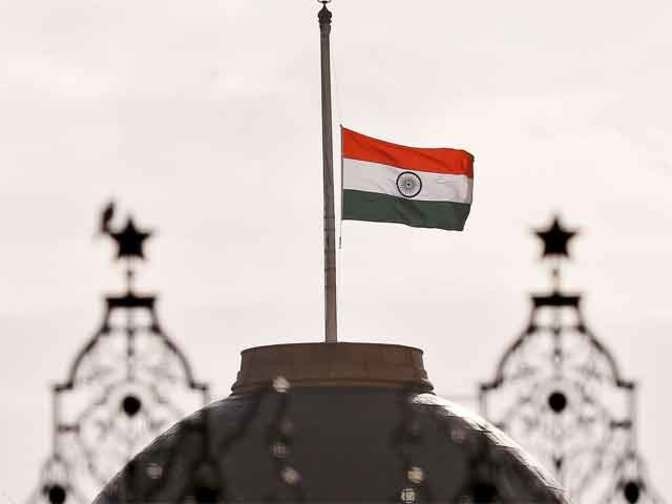 The Wire asked the Ministry of External Affairs if India was now a ‘party’ to the UNHRC resolution since it did not actively disassociate from it and to confirm if it endorsed it. Credit: PTI

Illustrating the narrow balance that India has had to walk over the Rohingya crisis, Chander then went to Myanmar’s corner to point out that the government had said that it doesn’t fear international scrutiny and would like to engage over delivery of humanitarian aid to “all communities” in Rakhine state.

“We have always maintained that the promotion and protection of human rights is best achieved through constructive engagement and dialogue with the countries concerned, rendering all assistance as requested by the country, is the need of the hour,” he concluded.

The absence of any version of the word ‘disassociate’ in the entire Indian statement was notable as Indian diplomats haven’t hesitated to disassociate from previous resolutions castigating Myanmar in the UNHRC – for example, twice in 2009, 2010, 2012, 2015 or earlier this year. In fact, India had always given diplomatic backing to Myanmar at the human rights council – a reflection of its close alignment and its competitive manoeuvring with an eye at China for influence with the ruling regime..

Former Indian diplomat Dilip Sinha, who was India’s permanent representative in Geneva between 2012 and 2014, said that absence of the word means the country is party of the resolution.

“During a consensus resolution, if you either don’t call for a vote or you don’t disassociate, then you are party to the resolution,” Sinha told The Wire.

The Wire asked the Ministry of External Affairs if India was now a ‘party’ to the UNHRC resolution since it did not actively disassociate from it and to confirm if it endorsed it. However, there was no response.

As per diplomatic sources, the signalling from the Indian statement was very clear. “It means we are better disposed to Bangladesh’s perspective on the issue,” said a senior government official.

Incidentally, when Yanghee Lee, the UN special rapporteur on the situation of human rights in Myanmar, had formally suggested a commission of inquiry for Myanmar – just like with Syria and North Korea – Dhaka had been receptive.

The Bangladeshi representative had found “strong merit” in the “suitable investigation mechanisms” suggested by the top functionaries of the UNHRC.

“You must have seen recent Indian statement in human rights council. We are very encouraged… India said that these people (Rohingya) will have to go back with safety and dignity,” he told the media on October 6, a day after meeting with Indian foreign secretary S. Jaishankar.

This was a specific reference to India’s statement before L.8 resolution on September 29. India had made a point to welcome the “categorical assurances” given by Myanmar that it will take back refugees based on principles of a 1993 bilateral agreement with Bangladesh.

Besides India, China has also had to do some adjusting. It has continued to protect Myanmar at the UN Security Council. But this time, it also agreed to allow a discussion.

The Bangladesh government, which faced criticism from opposition and civil society groups of being initially slow on the diplomatic front, claimed that a discussion on Myanmar – against a backdrop of six failed attempts previously – is a “big way forward”.

There had been some pushback in Bangladesh civil society and polity on China for its backing of Myanmar. Incidentally, even China has started to send humanitarian assistance for the refugees at Cox’s bazar, whose number now stands at nearly half a million.

At the same time, Bangladesh foreign secretary claimed that India had been more helpful at the UNHRC. “China has been more balanced in their statement this time. But certainly not as good as India in the human rights council,” he said.