For First Time, India Admits It Was Kept in the Dark About Several Aspects of US-Taliban Deal

The international community was not taken into confidence on various aspects of the deal, the external affairs minister said. 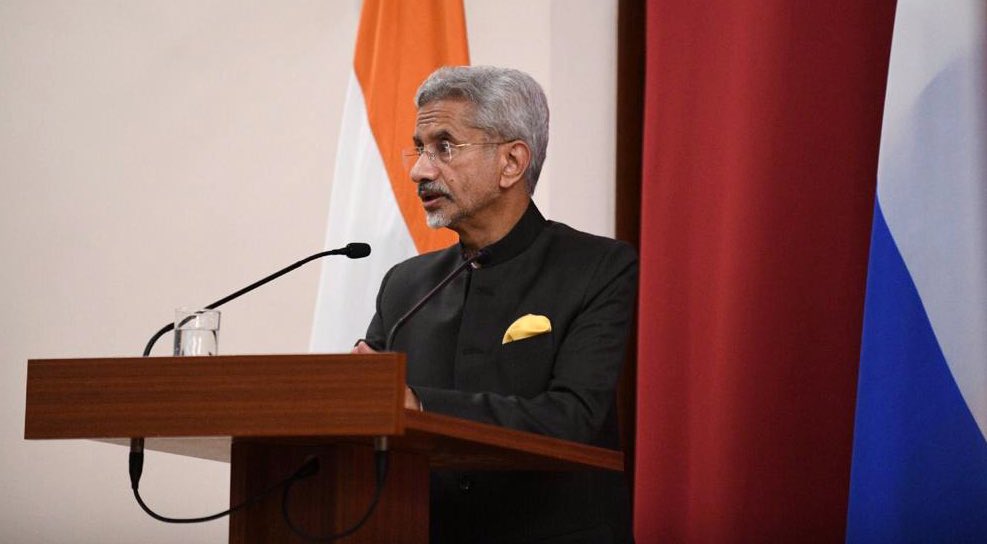 New Delhi: After the US military leadership traced the Taliban’s ascendence to the 2020 agreement signed in Doha, Indian external affairs minister S. Jaishankar for the first time publicly stated that India was “not taken into confidence on several aspects” of the deal.

Jaishankar was speaking at the US India Strategic Partnership Forum’s fourth leadership summit on Thursday in Washington. During the question and answer session, former US ambassador to India Frank G. Wisner quizzed him on the “dramatic” developments in India.

“When I say levels of concern, you know, there were commitments which were made by the Taliban, at Doha, I mean, the US knows [what] I mean, we were not taken into confidence on various aspects of that,” said Jaishankar.

India had conspicuously not welcomed the agreement after it was inked by US special envoy Zalmay Khalilzad and the Taliban’s deputy leader, Mullah Baradar, at a special ceremony in Doha in February 2020. The agreement had paved the way for the US to remove all its troops, but put minimal conditions on the Taliban.

He said that the “jury was still out” on whether these concerns, which were also included in a United Nations Security Council resolution, would be met.

“So if you ask me, are you concerned? Obviously, we are. If you ask me is this the time to draw sharp conclusions, I would sort of take my time and study this with a certain degree of deliberation, because as I said, a lot of this, whatever understandings there have been, many of these are not known to the entire international community,” said Jaishankar, reiterating that the US had largely not taken its partners along while clinching a deal with the Taliban. Mullah Abdul Ghani Baradar, leader of the Taliban delegation, and Zalmay Khalilzad, US envoy for peace in Afghanistan, shake hands after signing the deal in Doha, Qatar February 29, 2020. Photo: Reuters

As mentioned above, India’s response to the Doha agreement had been guarded till now. The government’s initial response had just noted that the Afghan political leadership had welcomed the deal and stated that New Delhi supported “all opportunities” that would bring a fair and just peace in Afghanistan. India’s ambassador to Qatar had attended the signing ceremony.

Jaishankar’s words in Washington on Thursday were the first explicit articulation by New Delhi that not only did it not agree with the deal, but that it wasn’t even informed about several aspects of the agreement that was pushed by the Donald Trump administration. The public impression had been that the US was keeping India in the loop, with both sides highlighting phone calls between principals and Khalilzad also visiting New Delhi several times.

Seventeen months after the Doha agreement, the Taliban walked into Kabul after capturing nearly the whole of Afghanistan in a military campaign. The Afghan republic of the last 20 years collapsed with the escape of President Ashraf Ghani and his close aides.

At a hearing of the House armed forces committee, General Frank McKenzie, the head of central command, said that the agreement signed on February 29, 2020 was the start of the unravelling of the Afghan government.

“The signing of the Doha agreement had a really pernicious effect on the government of Afghanistan and on its military, psychological more than anything else, but we set a date – certain for when we were going to leave and when they could expect all assistance to end,” said McKenzie.

Agreeing, US defence secretary Lloyd Austin also told lawmakers that the Doha agreement had committed the US to end airstrikes against the Taliban, “so the Taliban got stronger, they increased their offensive operations against the Afghan security forces, and the Afghans were losing a lot of people on a weekly basis”.

The Indian foreign minister added that the “use of Afghan soil for terrorism is something both of us feel so strongly and it was something which was discussed when Prime Minister Narendra Modi met President Joe Biden,” Jaishankar said.

“Our experiences in some respects are different from yours [the US]. We have been victims of cross-border terrorism ourselves from that region and that has shaped, in many ways, our view of some of the neighbours of Afghanistan,” he said, in an apparent reference to Pakistan.

Jaishankar said the most pertinent questions include whether Afghanistan will have an inclusive government and whether the rights of women, children and minorities are going to be ensured.

“When we look at what happened in Afghanistan and the region, I think these are going to have very very significant consequences for all of us. And we are so close to the region. There are a set of concerns and issues that flow from that,” Jaishankar said.

To a question on recognising the Taliban dispensation, he suggested that New Delhi would take its time and study the situation.