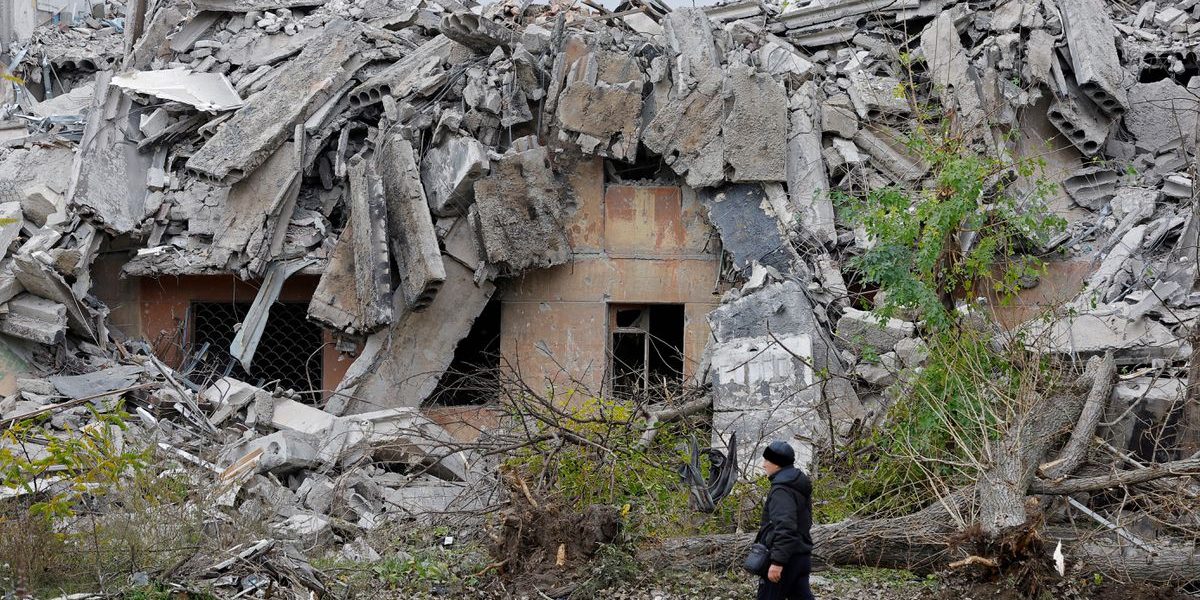 A man walks past the ruins of a building destroyed in the course of the Russia-Ukraine conflict, in Mariupol, Russian-controlled Ukraine, November 9, 2022. REUTERS/Alexander Ermochenko

New Delhi: India on Monday, November 14, abstained on a draft resolution approved by the UN General Assembly that recognised that Russia must be responsible for making reparations to Ukraine.

The draft resolution, ‘Furtherance of remedy and reparation for aggression against Ukraine’, introduced by Ukraine, was adopted Monday in the 193-member UN General Assembly by a recorded vote of 94 in favour, 14 against and 73 abstentions, including by India, Bangladesh, Bhutan, Brazil, Egypt, Indonesia, Israel, Nepal, Pakistan, South Africa and Sri Lanka.

Those voting against the resolution were Belarus, China, Cuba, North Korea, Iran, Russia and Syria.

General Assembly resolutions are non-binding, but they carry political weight.

In its explanation of vote after the draft was adopted, India questioned whether a reparation process would contribute towards efforts at resolving the conflict and cautioned against precedents being set through such resolutions.

“We need to objectively consider whether a reparation process through a vote in the General Assembly would contribute to efforts at a resolution of the conflict. Moreover, the legal validity of such a process by a General Assembly resolution remains unclear,” India’s Permanent Representative at the UN Ambassador Ruchira Kamboj said.

She said, “We must, therefore, not create mechanisms or set precedents, without adequate international legal vetting, that have implications for the future functioning of the UN and the international economic system. We need to avoid steps which preclude or endanger the possibility of dialogue and negotiations and from bringing this protracted conflict to an early end.”

Also read: How Feasible Is it For India to Broker Peace Between Russia and Ukraine?

Reiterating Prime Minister Narendra Modi’s assertion to Russian President Vladimir Putin that “this is not an era of war”, Kamboj said, “With this firm resolve to strive for a peaceful solution through dialogue and diplomacy, India has decided to abstain on the resolution.” 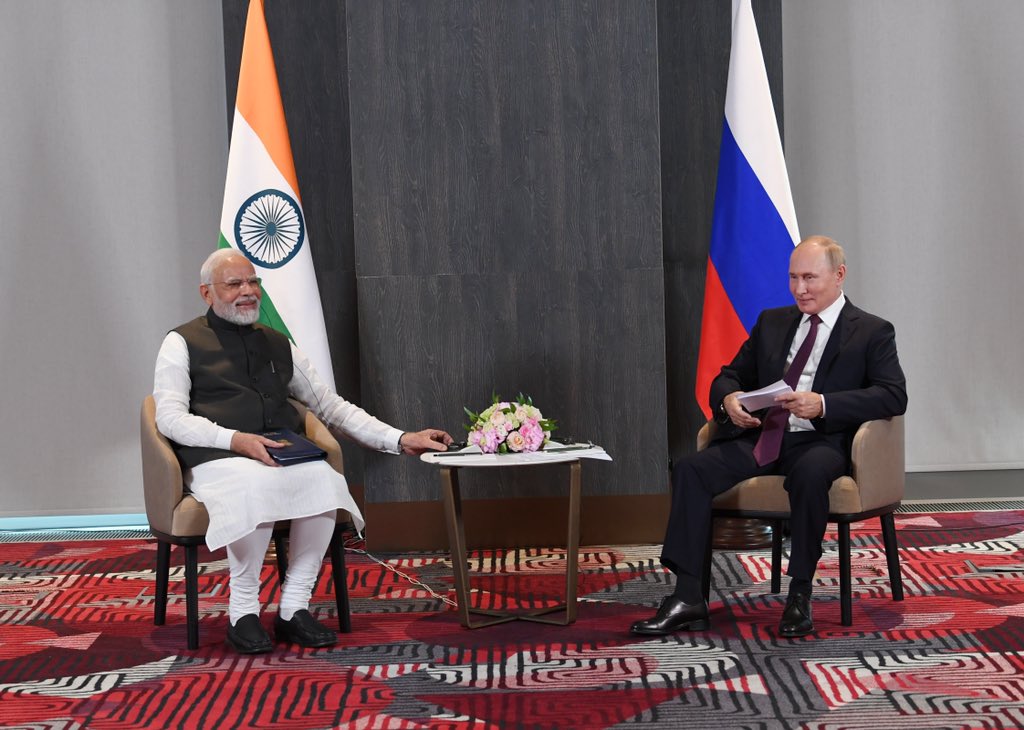 India has mostly abstained on resolutions related to the Russia-Ukraine war in the UN, including in the Security Council, General Assembly and the Human Rights Council.

It recognised the need for establishing, in cooperation with Ukraine, an international mechanism for reparation for damage, loss or injury arising from the “internationally wrongful acts of the Russian Federation in or against Ukraine.”

It recommended that UN Member States, in cooperation with Ukraine, create an international register of damage to serve as a record, in documentary form, of evidence and claims information on damage, loss or injury to all natural and legal persons concerned, as well as the State of Ukraine, caused by internationally wrongful acts of the Russian Federation in or against Ukraine.

Kamboj said India continues to remain concerned over the situation in Ukraine. “International principles and jurisprudence vest responsibility on parties to the conflict to ensure that civilians and civilian infrastructure are not targeted in situations of armed conflicts,” she said.

She noted that it is unfortunate that as the trajectory of the Ukrainian conflict unfolds, the entire global south has suffered substantial collateral damage. “It is thus critical that the voice of the global south be heard, and their legitimate concerns be duly addressed.”

The senior Indian diplomat emphasised that dialogue is the only answer to settling differences and disputes, however daunting that may appear at this moment. “The path to peace requires us to keep all channels of diplomacy open,” she said.

Ukraine’s UN Ambassador Sergiy Kyslytsya, said, “Today, Russia, who claims to be the successor of the 20th century’s tyranny, is doing everything it can to avoid paying the price for its own war and occupation, trying to escape accountability for the crimes it is committing.

“Russia will fail, just like it is failing on the battlefield. We have indeed seen all this before. There’s nothing new under the sun,” he said.

The Ukrainian envoy said Russia had demolished almost half of Ukraine’s power grid and utilities in the past month alone, leaving millions of Ukrainians without power, running water and heating on the eve of winter.

“Millions of Ukrainians have been forced to leave their homes and seek shelter elsewhere. Ukraine will have the daunting task of rebuilding the country and recovering from this war. But that recovery will never be complete without a sense of justice for the victims of the Russian war. It is time to hold Russia accountable.”

Russia’s Permanent Representative to the UN, Vassily Nebenzia, said if the resolution comes to be adopted, “it will entail systemic consequences for the UN activities.”

Before the vote, he said that the provisions of the resolution were “legally null and void” as he urged countries to vote against it.

“The West is trying to draw out and worsen the conflict and plans to use Russian money for it,” Nebenzia said.

In March, 141 members of the General Assembly voted to denounce Russia’s invasion, and 143 in October voted to condemn Moscow’s attempted annexation of parts of Ukraine. India had also abstained on those two votes. Till now, India has avoided directly criticising Russia for the invasion of Ukraine.

(With PTI and Reuters inputs)