With Imran Khan in the Saddle, Chinese Influence on Indo-Pak Ties Grows

It appears that Pakistan has, through a well-crafted strategy managed to push India into the corner. So much so, that the Modi government’s likely excuse that general elections in India are barely eight months away might not lessen the pressure from China to, at least, begin bilateral talks. 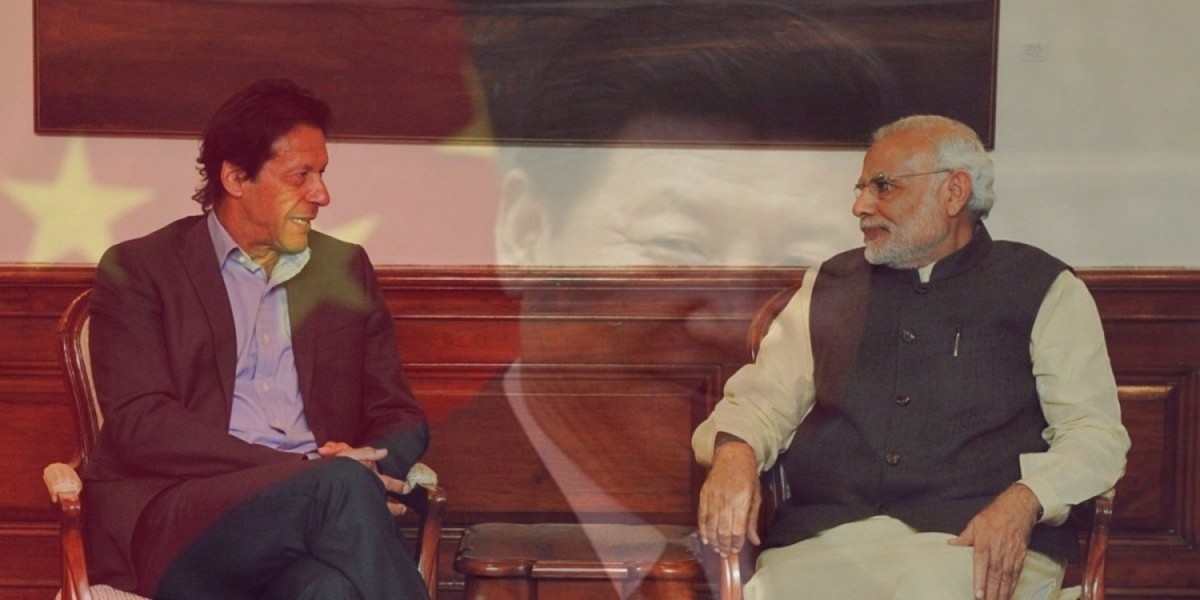 Luo Zhaohui had informally suggested trilateral talks between India, China and Pakistan for peace on the borders (Line of Control with Pakistan and Line of Actual Control with China) as part of the Wuhan understanding. Credit: MEA India/Reuters/The Wire

Four days after Pakistan’s Prime Minister-designate Imran Khan sent across the message of peace-with-India-through-Kashmir after winning the elections, Prime Minister Narendra Modi made a phone call to him on Monday. According to media reports, getting the congratulations out of the way, Modi told Khan that he hopes democracy take deeper roots in Pakistan. He skirted Khan’s Kashmir refrain. Modi’s comment was doubly ironical. Not only does Khan owe his elevation to the Pakistan Army, the course of Pakistan policies was already underlined by Khan when he offered the olive branch to India. 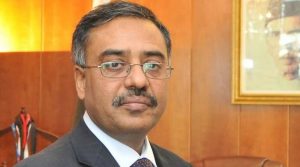 I happened to meet Pakistan’s high commissioner to India, Sohail Mahmood, the evening of Modi’s call. We have been trying to have good relations with India for four years (Modi government’s tenure), he started the conversation. “We are ready to talk on all issues, but this should not be seen as our weakness.” Lest he was misunderstood, he quickly qualified ‘all issues’. “Kashmir will remain the core issue for talks,” he told me, adding by way of explanation, “See what is happening in Kashmir.”

The recent National Assembly elections results in Pakistan have brought two pieces of good news for the Pakistan Army: Imran Khan, their chosen man, would be the prime minister on August 11 and terrorists who were hoping for a re-birth as law makers have lost. Both are bad news for India. While pressure of the Pakistan army-supported proxy war would likely increase; pressure from China and perhaps Russia, on India to start meaningful bilateral talks with Pakistan for peace (euphemism for the Kashmir resolution) would grow too.

Had terrorists gained respectability by becoming law makers, then

– managing them by the ISI would have been harder, and

Their defeat, thus, would compel them to follow the ISI diktat on the proxy war in the hope that the Pakistan army would continue sheltering them from the international community baying for their blood.

The priority of the Imran Khan government, purportedly beholden to the General Headquarters, would be to ensure speedy implementation of two critical decisions: China Pakistan Economic Corridor (CPEC) projects and making Gilgit-Baltistan, through which the CPEC runs, the fifth province of Pakistan. The statement by the Chinese embassy in Pakistan on July 23 meant to dispel growing international misgivings that Chinese preferential loans to Pakistan were responsible for the latter’s debt trap would need to be addressed urgently by Islamabad. This is necessary for Rawalpindi to retain China’s trust and strategic friendship.

This would spur China to do its bit: work on India to seek peace with Pakistan and development in the neighbourhood. It was with this in mind that the Chinese ambassador in India, Luo Zhaohui had informally suggested trilateral talks between India, China and Pakistan for peace on the borders (Line of Control with Pakistan and Line of Actual Control with China) as part of the Wuhan understanding reached between Narendra Modi and President Xi Jinping in April. Diplomatically called the re-set of bilateral relations, the Wuhan understanding was a consequence of successful Chinese military coercion in the aftermath of the Doklam crisis which compelled Modi to seek peace with Xi. Modi – worried that Xi might consider another Doklam which could mar his success in the 2019 general elections – had met with the Russian President Vladimir Putin too knowing that he is the only global leader who might be able to persuade Xi against any machinations on the Line of Actual Control (LAC).

For example, if a few Chinese soldiers were to sneak in through the 3,488 km long LAC (which is not difficult), India would be in a real fix. It could neither throw them out for fear of an escalation, nor could it let them remain on Indian soil violating its territorial integrity for fear of national humiliation. The truth is that the Doklam crisis, which was avoidable, should not have happened as this has handed Xi the handle to scare India with. As a matter of fact, India cannot match China’s military, technology and defence-industrial power in a likely crisis escalation.

Once China converts Luo’s informal suggestion on the trilateral talks into a formal note to India, Modi will find it hard to ward off the Chinese pressure. Given this realistic scenario, it appears that Pakistan’s General Headquarters has, through a well-crafted strategy managed to push India into the corner. So much so, that the Modi government’s likely excuse that general elections in India are barely eight months away might not lessen the pressure from China to, at least, begin bilateral talks.

On the question of the skewed civil-military relations in Pakistan — wherein the Pakistan army has supposedly installed a rubber-stamp prime minister — India, ironically, is largely responsible for helping the General Headquarters. The 1998 nuclear tests by India was the defining event which provided the Pakistan army the opportunity to exercise authority without power. Earlier, in order to control Pakistan’s foreign and security policies, Pakistan army chiefs, had to, through a coup, take over the governance of the nation, which they neither wanted nor were adept at undertaking. They always ended up red-faced drawing flak from their own people, leading to installation of democratically elected government which with their public slinging matches with the Pakistan Army were severely handicapped. India, hesitant to talk on the Kashmir resolution, took advantage of the Pakistani conundrum by saying it would talk only with an elected government (which was powerless on Kashmir).

Pakistan’s civil-military relations changed in favour of the Pakistan Army in 1998. After India’s blasts, the US, fearing an arms race, sent a high-powered delegation led by Strobe Talbott to persuade Pakistan with allurements to desist from doing its own tests. Interestingly, it was the Pakistan Army chief, General Jehangir Karamat and not the prime minister, Nawaz Sharif who told the US that Pakistan would follow India’s nuclear tests with blasts of its own to maintain ‘strategic balance.’ This was followed by the Pakistan army’s focus in four areas: nuclear diplomacy, nuclear doctrine, nuclear command and control, and, since Pakistan was now a nuclear weapon state, the army started sending briefs on the country’s external policies to the foreign office for implementation. This has been documented by Brigadier Feroz Hassan Khan (who worked in Pakistan’s Strategic Plans Division) in his book: Eating Grass: The Making of the Pakistani Bomb.

Once General Pervez Musharraf became the army chief following Karamat’s resignation, he ordered the creation of Strategic Plans Division (SPD) which began work in December 1998. The SPD became the sole custodian of Pakistan’s nuclear arsenal. This was a drastic change from earlier times when Pakistan’s covert nuclear weapons capability was under the control of the trio comprising the president, prime minister and the army chief. With nukes outside the closet, the Pakistan army suddenly was all-powerful; all major powers decided to interact with the General Headquarters rather than Islamabad for meaningful negotiations.

This was the time for Musharraf to seize Pakistan’s governance too. He did this by replacing the prime minister-headed Defence Committee of the Cabinet (DCC), which rarely met with the National Security Council (NSC) headed by him. Since the NSC could not discuss sensitive strategic (nuclear) issues as its civilian members were clueless about its contents, the NSC, willy-nilly, formalised the role of the army in Pakistan’s policy-making and governance. Musharraf’s successors in Rawalpindi thereafter ensured adequate (if not total) control over Pakistan’s governance dispensing with the necessity of coups. The next logical step for Rawalpindi was to have a government which rubber-stamped its decisions. This too seems to have been accomplished.