Britain, on its part, is looking to avoid an uncomfortable vote by invoking an arcane process that would have a joint committee choose a candidate to fill the vacant spot. 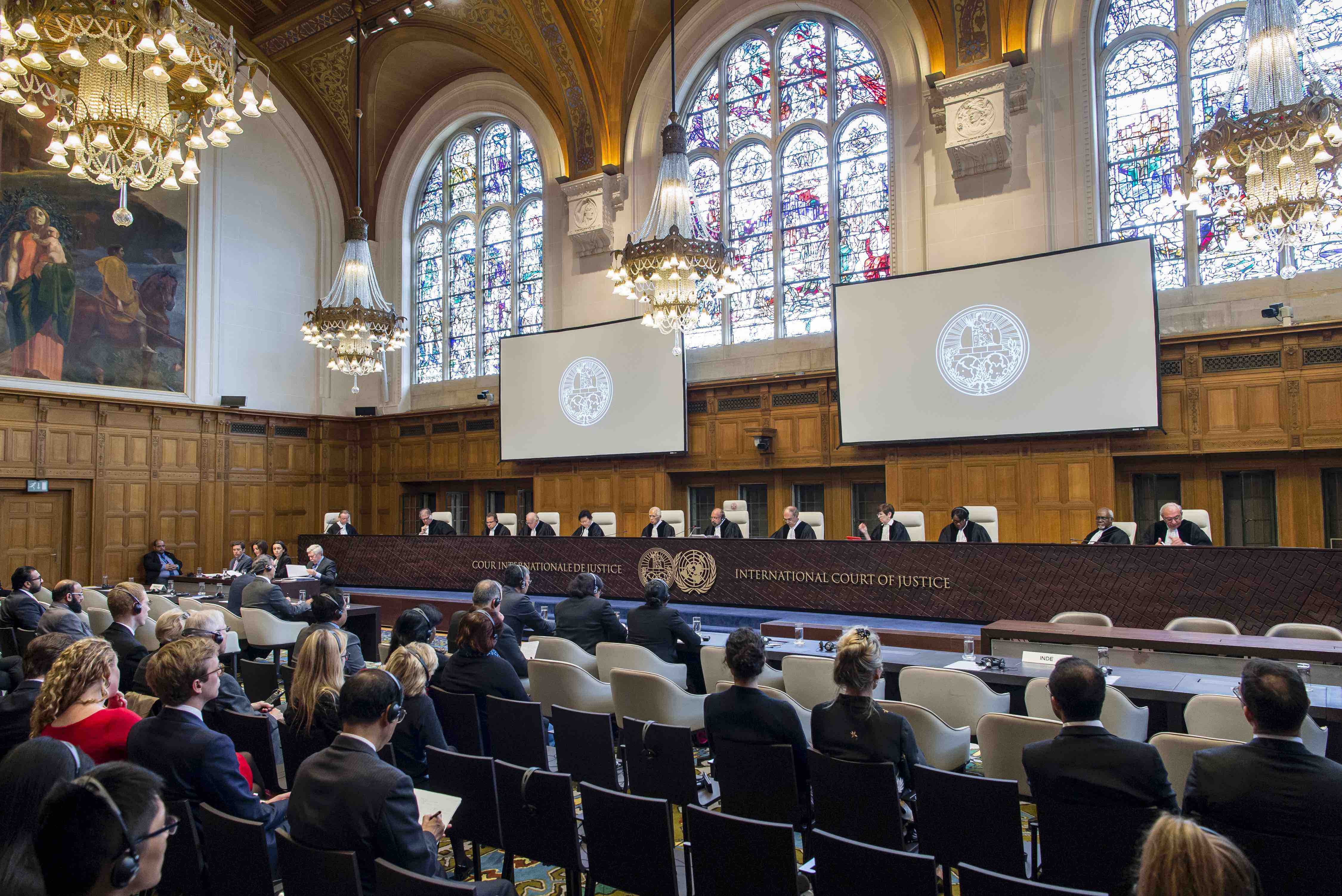 Members of the International Court of Justice on May 18, 2017, the date they delivered their judgment in the Indian case against Pakistan. Credit: UN Photo/ICJ-CIJ/Frank van Beek. Courtesy of the ICJ. All rights reserved. 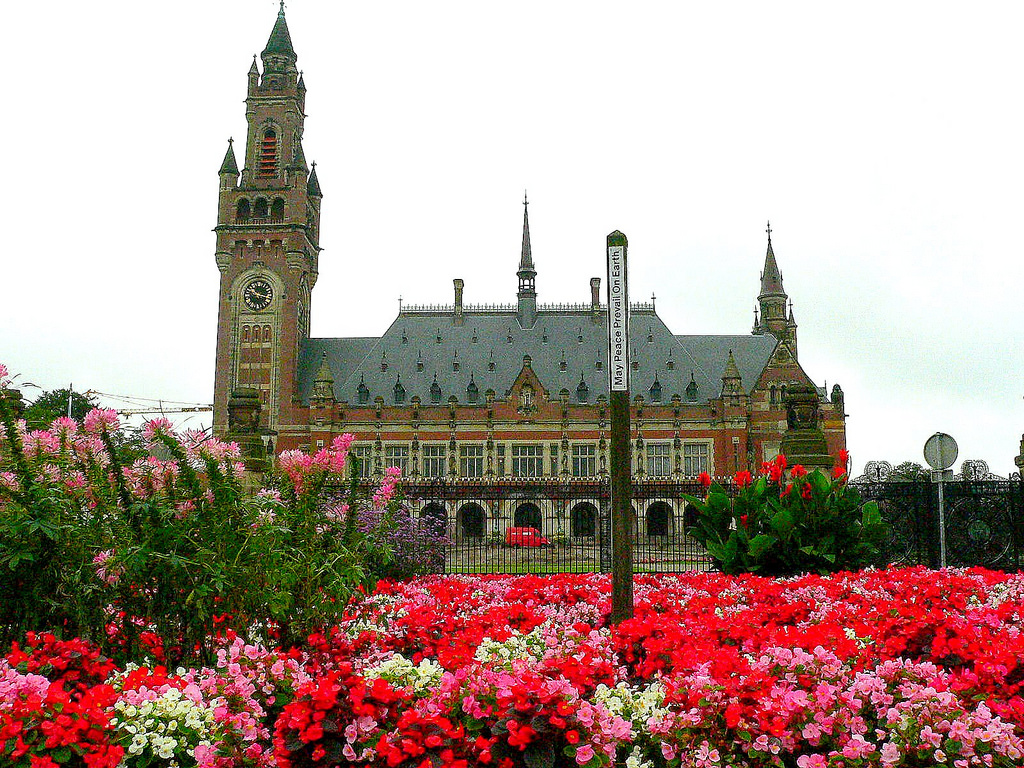 New Delhi: India is banking on the United Nations General Assembly (UNGA) to vote in higher numbers for its candidate for the International Court of Justice’s vacant seat on Monday.

If a two-thirds majority is achieved, India hopes it will persuade members of the United Nations Security Council (UNSC) – who have consistently voted for the UK candidate – to recognise the prevailing global sentiment.  Another scenario that Indian diplomats are hoping for is that a stronger majority may prompt the British to withdraw their candidate, seeing as most countries around the world have more trust in India’s choice for the seat.

On Monday afternoon, the two main chambers of the UN will again vote separately, but simultaneously for the ICJ’s last remaining seat. As per the statute, the winning candidate has to get an absolute majority in both the UNSC and UNGA.

Former Supreme Court judge Dalveer Bhandari had been standing for re-election as part of a list of six candidates for five seats at the ICJ. While there is no such written norm, geographical balance on the bench had led to expectations of Bhandari facing a challenge from Lebanon’s Nawaf Salam for the Asia seat.

When voting was held on November 9, Salam got a majority in both the UNGA and UNSC, along with candidates from France, Somalia and Brazil. To Britain’s consternation, its candidate Christopher Greenwood, who was standing for re-election, failed to muster the requisite votes in the General Assembly.

This meant that India and the UK had a direct clash for the last seat – a scenario not foreseen by any observer. So far, there have been six rounds of voting for the straight fight between Bhandari and Greenwood – one on November 9 and five on November 13.

With Bhandari consistently getting past the half-way mark in the UNGA and Greenwood obtaining a majority in the UNSC in all the rounds so far, the elections have been deadlocked. The next meeting for another round of voting will take place on Monday afternoon at 3 p.m. in New York.

Earlier this weekend, the General Assembly president, Slovakia’s Miroslav Lajčák, held consultations with his counterpart in the UNSC, Italy’s Sebastiano Cardo, as well as members of the UN Office of Legal Affairs and UN Department for General Assembly and Conference management.

According to Lajčák’s spokesperson, the consultations were held to improve coordination between the UNSC and UNGA, especially with respect to the timing of the elections.

The Times of India reported that the United Kingdom is pressing for the convening of a ‘joint conference’ between the UNGA and UNSC under article 12 (1) of the ICJ statute.

Also Read: As India, UK Battle It Out For Last ICJ Seat, Here’s A Look at What Happens Next

A ‘joint conference’ would be a meeting between six countries – three each from the UNGA and UNSC. As per the ICJ statute, the joint conference has full freedom to decide on a name for the court and need not confine itself to official candidates.

However, there are legal wrangles ahead on this route, with the ICJ statute silent on how the six nations for the joint conference will be selected.

Ninety-six years ago, the League of Nations had employed this method to break a deadlock between the Assembly and Council to recommend a candidate for the Permanent Court of International Justice (PCIJ). This path has never been taken since then.

Indian diplomatic sources confirmed that the UK has been trying to lobby for invoking this mechanism, but there is hesitation from other Security Council members for now.

Under the UN Charter, if either chamber seeks to convene a joint conference, the other must comply. However, a suggestion made by a P-5 member in this case doesn’t automatically mean that it will be accepted. The British candidate may have nine votes to India’s five in the UNSC but that doesn’t mean all nine will back the call for a joint conference. Especially since the ICJ statute makes it clear that the joint conference is only an option and that there is no limit to the number of rounds of voting in each chamber till the stalemate is resolved.

While some Security Council members have indicated that they will decide on the joint conference mechanism after Monday’s voting, others have not shared their views openly.

On November 9, India had got six votes in favour and UK obtained nine votes in the sixth round of voting, which had only Greenwood and Bhandari on the ballot paper.

In the next meeting on November 13, the UNSC voted consistently over the five rounds – nine for Greenwood and five for Bhandari. Uruguay, which had voted in favour of India earlier, abstained – a clear demonstration of the pressures faced by Security Council members.

The UK’s invocation of an obscure provision of the ICJ statute is an indication of the high stakes involved. If Greenwood loses, it will be the first time since 1946 that Britain would not have a seat at the UN’s principal judicial organ.

It would also mean that not all P-5 countries would be a member of ICJ at the same time. The last time that was the case was for 18 years from 1967 to 1985, when China chose not to nominate any candidates.

As of now, it appears that Monday’s voting will go ahead. While UNSC numbers will be crucial, the votes in the UNGA could have considerable impact.

India has been getting more than the 97-majority limit in all rounds of voting in the UNGA. Now, the plan is to hit past the two-third majority mark of 129. This should not be a very difficult target as the India got 121 votes in the last round.

Once India does get more than 129 votes, New Delhi would deploy the argument that the British candidate can’t be on the ICJ bench as most member nations have clearly indicated no trust in him. This could possibly lead to Greenwood removing himself from the race.

With the UK and the P-5 in no mood to give up, it is not sure that a two-thirds majority for Bhandari will be enough to get more votes for India in the UNSC or persuade London to withdraw Greenwood from the fray.

Indian officials are convinced that the UN is poised at a “special moment”, which could mark the end of the era of informal P5 privileges that clearly irks many members. The current mood in the UNGA, according to an Indian diplomatic source, is “volatile” and “pro-India”.

Also Read: As India, UK Battle It Out For Last ICJ Seat, Here’s A Look at What Happens Next

Addressing a reception for UN members on the ICJ elections on November 16, India’s permanent representative to the UN Syed Akbaruddin had noted that the elections were a historical inflexion moment.

Rebutting rumours, Akbaruddin denied that India would withdraw its candidate or has agreed to a joint conference.

“Let me tell you right now upfront that not one person has approached me with this proposal, certainly not the representative of the country whose candidate is being faced,” Akbaruddin said.