India has given e-visas on priority to over 100 Hindu and Sikh people living Afghanistan since the June 18 attack. The visa request of Sawinder Singh, who died in the attack, was also approved on Sunday, a day after the attack. 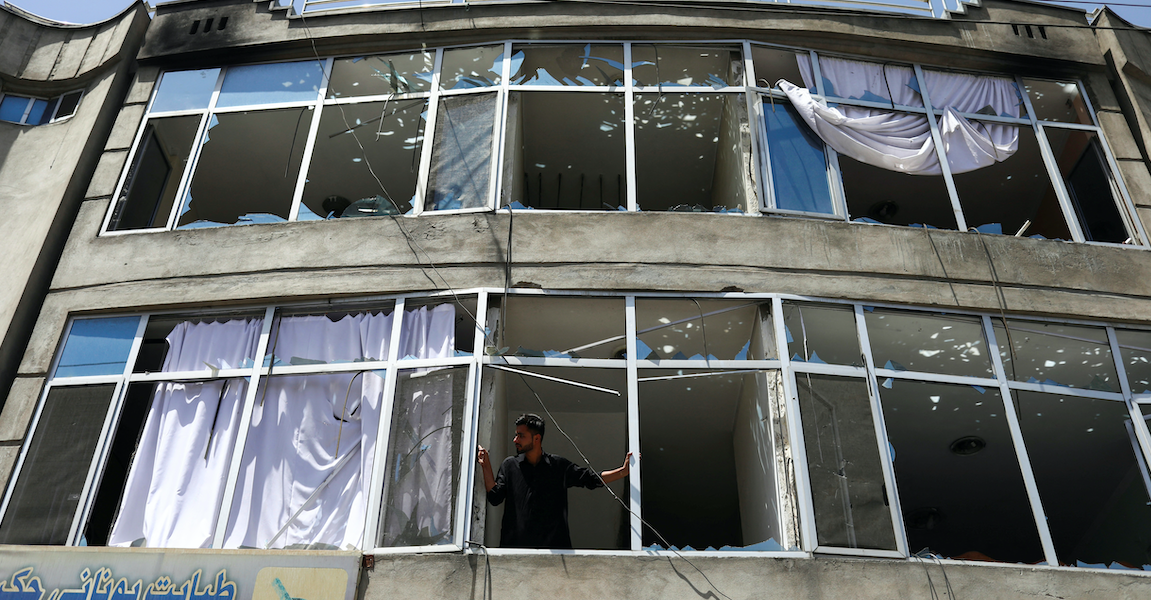 A general view of the site where an explosive-laden vehicle detonated amidst an attack on a Sikh Temple in Kabul, Afghanistan, June 18, 2022. Photo: Reuters/Ali Khara

New Delhi: India has given ‘priority’ electronic visas to more than 100 Sikhs and Hindus living in Afghanistan following a deadly terror attack on a gurudwara in Kabul, PTI has reported quoting government sources.

The decision comes as the widow of one of the two who died in the Kabul attack said that had Sawinder Singh’s e-visa been approved, he would have lived. Singh, who had allegedly been trying to secure an e-visa to India since the Taliban took over Afghanistan, was approved on Sunday, a day after the blast took his life.

“He was trying to get a visa ever since the Taliban took over Afghanistan,” his wife Pal Kaur told PTI. “Had he got his visa in time he would have not have died this brutal death.”

“We wanted him to come back as soon as possible. He was ready to sell his shop and move here permanently but the visa clearance never came and we lost him. In the past few months I lived with this fear,” Pal Kaur told PTI at the family’s home in Delhi’s Tilak Nagar.

The gurdwara was home to at least 150 Sikhs, who have been staying there since the fall of the Ashraf Ghani government last August. Sawinder Singh was also a granthi (a ceremonial reader of the Guru Granth Sahib) there.

The Islamic State of Iraq and Syria (ISIS) has claimed responsibility for the deadly terror attack.

On an affiliated Telegram channel, the local branch of Islamic State said the attack was in response to insults levelled at the Prophet Mohammed, an apparent reference to anti-Islam remarks by Bharatiya Janata Party spokeswoman Nupur Sharma that have been condemned by many Muslim-majority countries.

Puneet Singh Chandhok, president of the India World Forum who has been coordinating with the Indian government to evacuate Sikhs from the Taliban-controlled Afghanistan, said he has been appealing to the government to grant visas to over 150 Sikhs staying there since the fall of the Ashraf Ghani government.

“Sawinder Singh is also among the 109 people whose visas have been approved but this came too late for him,” he said.

“I have been writing to the government and had we acted promptly we could have saved him. The government should make immediate efforts to rescue those who are desperately waiting to return.”

Like other religious minorities, Sikhs have been a continual target of violence in Afghanistan. An attack at another temple in Kabul in 2020 that killed 25 was also claimed by Islamic State.