At G20, US Isolated as India, Other Members Back Paris Climate Pact

While taking note of the US's decision to withdraw from the Paris agreement, the G20 communique said, "The Leaders of the other G20 members agree that the Paris Agreement is irreversible." 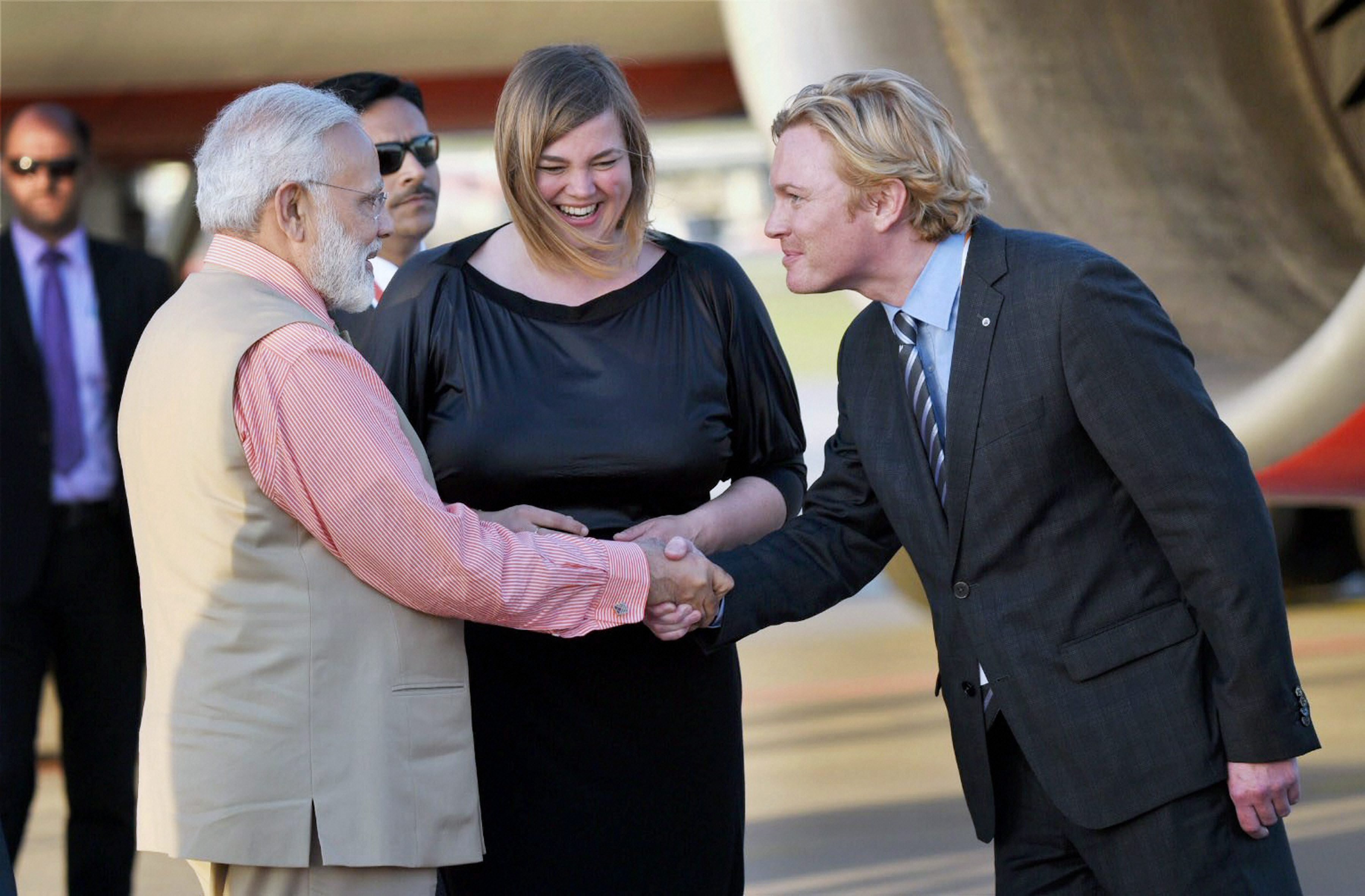 Hamburg: Prime Minister, Narendra Modi being welcomed on his arrival at the Helmut Schmidt Airport, to attend the G20 Summit, in Hamburg, on Thursday. Credit: PTI/PIB

Hamburg: The US was isolated at the G20 Summit after India and 18 other members of the grouping termed the Paris climate deal as “irreversible” and threw their weight behind the landmark agreement from which Washington has decided to pull out.

The summit, attended by Prime Minister Narendra Modi along with top world leaders including host German Chancellor Angela Merkel and US President Donald Trump, however, came under the shadow of unprecedented protests in this German port city where thousands of anti-capitalism protesters clashed with the police.

Merkel said that it was unfortunate that the US stand remains against the Paris pact but reiterated the fact that all other members have shown strong support on climate change. She said that the official summit communique clearly mentioned the US dissent and the position of all other members.

“Obviously it could not be a fully common position…. All G20 members except the US agree that the Paris agreement is irreversible,” Merkel told reporters.

But climate change wasn’t the sole area of debate and deliberation. In the G20 communique, the leaders also said they remain committed to fighting corruption, including through international cooperation and technical assistance.

“As an important tool in our fight against corruption, tax evasion, terrorist financing and money laundering, we will advance the effective implementation of the international standards on transparency and beneficial ownership of legal persons and legal arrangements, including the availability of information in the domestic and cross-border context,” the communique said.

The leaders called for completion of the IMF quota reforms and a new quota formula by 2019.

They acknowledged that the malicious use of information and communications technologies can endanger financial stability.

It was agreed upon that digitalisation offered an opportunity for creating new jobs but there was a need to impart necessary skills for the future of work.

There was a call for the removal of market distorting subsidies and sought global cooperation to tackle excess capacity in industrial sectors.

The leaders recognised the role of legitimate trade defence instruments and vowed to promote favourable environment for trade and investment.

The focus of the summit, however, remained the issue of climate change as the US was isolated with the other 19 member states strongly backing the Paris accord.

The G20 group asserted the importance of fulfilling the United Nations Framework Convention on Climate Change (UNFCCC) commitment by developed countries in providing means of implementation of the accord, including financial resources, to assist developing countries with respect to both mitigation and adaptation actions in line with the Paris outcomes.

“We reaffirm our strong commitment to the Paris Agreement, moving swiftly towards its full implementation in accordance with the principle of common but differentiated responsibilities and respective capabilities. In the light of different national circumstances and, to this end, we agree to the G20 Hamburg Climate and Energy Action Plan for Growth,” the communique said.

Trump in June announced that the US will withdraw from the Paris climate accord, saying the deal agreed by more than 190 nations unfairly benefited countries like India and China. His decision has drawn sharp criticism from international leaders, business groups and green activists.

The objective of the Paris Agreement is to prevent an increase in global average temperature and keep it well below 2C.

The agreement was adopted on December 12, 2015, by 195 parties to the UNFCCC, replacing its predecessor Kyoto Protocol. It was finally ratified on November 4, 2016.