At G-20, Modi Has a Pull-Aside With Biden, Exchanges Greetings With Xi

Biden and Modi discussed the Ukraine conflict and US-India relations. 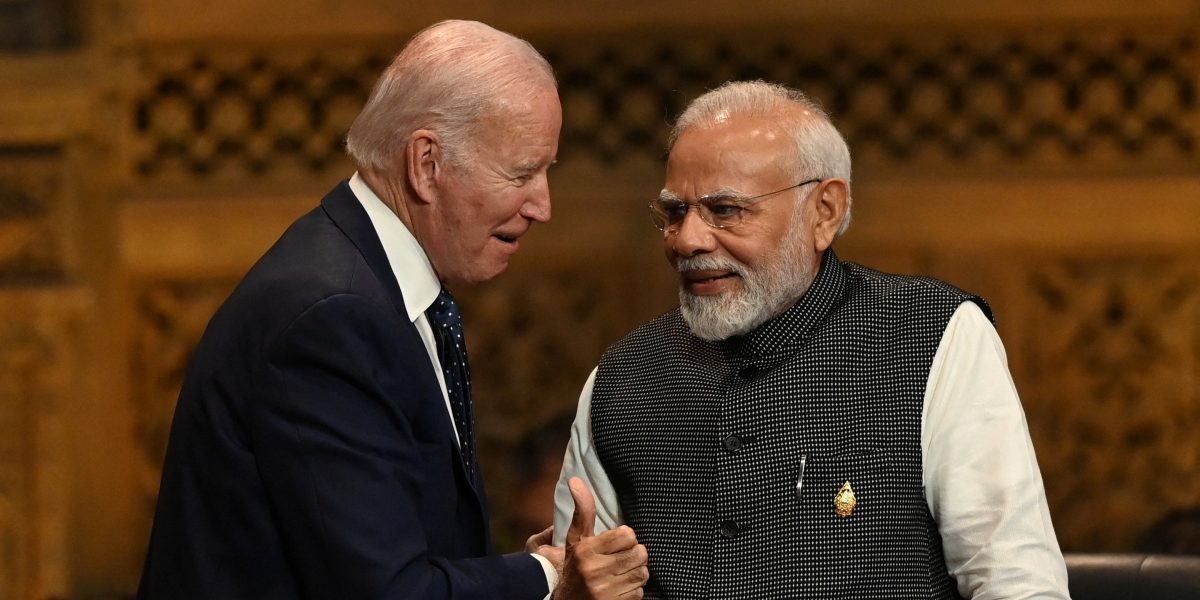 New Delhi: On the sidelines of the G-20 summit, Indian Prime Minister Narendra Modi had a quick pull-aside with US President Joe Biden, where they talked about Ukraine and exchanged greetings with Chinese President Xi Jinping on Tuesday.

A press release issued by the Ministry of External Affairs (MEA) said Modi met Biden on the “margins” of the G-20 leaders’ summit, where they “reviewed the continuing deepening of the India – US strategic partnership”. It is understood that the meeting was not a structured bilateral meeting but rather a conversation held on the go.

There was also a separate three-way discussion between Biden, Modi and the G-20 host, Indonesian President Joko Widodo.

Later, Modi and Xi “exchanged courtesies at the conclusion of the dinner”, said official sources, but no more details were shared. The two leaders had earlier participated in the Shanghai Cooperation Organisation summit in September at Samarkand.

Modi also met UK’s Prime Minister Sunak, their first face-to-face interaction since he assumed power last month. “Prime Ministers @narendramodi and @RishiSunak in conversation during the first day of the @g20org Summit in Bali,” the Prime Minister’s Office said in another tweet.

Prime Ministers @narendramodi and @RishiSunak in conversation during the first day of the @g20org Summit in Bali. pic.twitter.com/RQv1SD87HJ

The MEA issued two separate press releases on Modi’s encounter with Biden and the trilateral tête-à-tête.

The foreign ministry noted the two leaders expressed satisfaction about the close cooperation between India and US in new groupings such as the Quad and I2U2. “They reviewed the continuing deepening of India-US strategic partnership including cooperation in future oriented sectors like critical and emerging technologies, advanced computing, artificial intelligence, etc.,” said the MEA statement.

Further, the two leaders discussed “topical global and regional developments, ” which refers to the Ukraine conflict and its implications.

“PM Modi thanked President Biden for his constant support for strengthening the India-US partnership. He expressed confidence that both countries would continue to maintain close coordination during India’s G-20 Presidency,” it said.

While the Quad comprises India, the US, Australia and Japan, the members of the I2U2 are the US, the United Arab Emirates and Israel.

The Indian leader is supposed to have more structured bilateral meetings on Wednesday with his counterparts from the UK, France, Indonesia, Spain, Singapore, Germany, Italy and Australia.

The White House did not issue a readout on the bilateral India-US meet, but gave a short statement on the trilateral pull-aside.

“Facing significant global challenges, the Leaders discussed how the G20 continues to demonstrate its collective capacity to bring together major economies to advance sustainable and inclusive growth in our economies and beyond, tackle the ongoing climate, energy, and food crises, strengthen global health architecture and promote technological transformation,” said the US statement.

The Indian readout also affirmed that the discussions revolved around the G20.

The MEA said that the Indian PM spoke about the importance of the G-20 summit in working towards overcoming global challenges. He also indicated that India would give “voice to other developing countries during its Presidency”.

Meanwhile, uncertainty abounds over the adoption of the G-20 joint statement on Wednesday.

The Reuters news agency had reported that a draft declaration noted that most countries “strongly condemned” the Ukraine invasion. The document also said there were “other views and different assessments of the situation and sanctions”.

According to the state Russian news agency TASS, the draft joint statement also said, “Today’s era must not be of war”.

The joint statement has to be adopted by consensus. Therefore, any division over the language could lead to the summit – the first since the Ukraine invasion – concluding without a declaration.