Macron Asks Countries to No Longer Sit on Fence on Russia, Cites Modi's Words to Putin

'Those who remain silent today – despite themselves or secretly with a certain complicity – are serving the cause of a new imperialism,' the French president said. 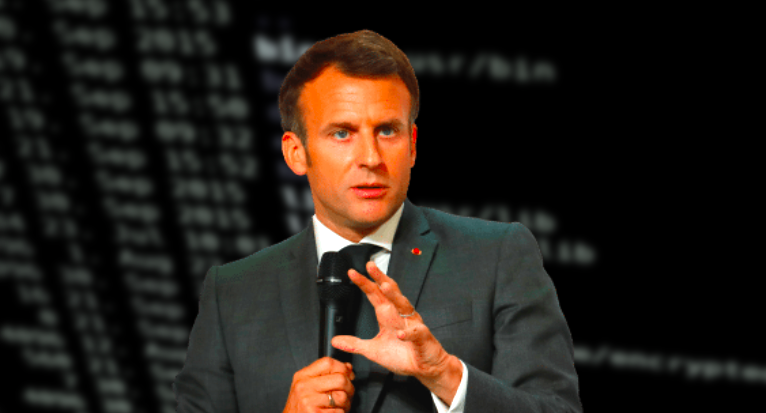 United Nations: French President Emmanuel Macron accused Russia of a modern day imperialism that was based on the law of the jungle and pleaded on Tuesday for neutral countries to stop being complicit by remaining silent about Russia’s invasion of Ukraine, citing Indian Prime Minister Narendra Modi’s example.

In a speech to world leaders at the United Nations General Assembly, Macron warned that Russia’s invasion of Ukraine was dividing the world and restoring the “age of colonialism.”

“Those who remain silent today – despite themselves or secretly with a certain complicity – are serving the cause of a new imperialism, a contemporary cynicism that is destroying the world order,” Macron said in a 30-minute speech that called on countries to no longer sit on the fence.

“When I hear Russia saying it’s ready for new cooperation and a new international order without hegemony, that’s a tall story. On the basis of what? Invading your neighbour, non-respect of borders you don’t like. What’s this order? Who is hegemonic today? Russia,” he said.

The news agency ANI quoted Macron as having said that Modi was “right” when he told Putin that this was not the time for war.

“Narendra Modi, the Prime Minister of India was right when he said the time is not for war. It is not for revenge against the West, or for opposing the West against the east. It is the time for a collective time for our sovereign equal states. To cope together with challenges we face,” he said, according to ANI.

On September 16, Modi told Russian President Vladimir Putin in a face-to-face meeting in Uzbekistan, “I know that today’s era is not an era of war, and I have spoken to you on the phone about this.”

Modi’s comments drew favourable reactions from US Secretary of State Anthony Blinken who said that India and China expressing themselves directly to Putin reflected the world’s concerns on Russia’s aggression on Ukraine.

John Kirby, Coordinator for Strategic Communications at the National Security Council in the White House, told reporters in answer to a question that it indicated that Putin does not have a “whole lot of sympathetic ears out there to what he’s been doing in Ukraine.”

At the UNGA, Macron dismissed the narrative that the West was trying to defend outdated values to serve its interests and that the rest of the world had suffered because of it.

“I call on all the members of this assembly to support us on the path to peace and act to force Russia give up the choice of war so that it realises the cost on itself and us and ends its aggression,” he said.

“It’s not about choosing a camp between East and West, but the responsibility of everybody to respect the UN charter.”

Western powers are hoping to use this week’s gathering in New York to convince neutral states to apply more pressure on Moscow. Macron ended by stressing Russia’s limitations.

“Who was here during the pandemic? Who offers financing to help the climate transition? Not those who are coming to you today with the idea of a new world order. Not those who didn’t a have a vaccine that worked and offer nothing in the face of climate change,” he said.