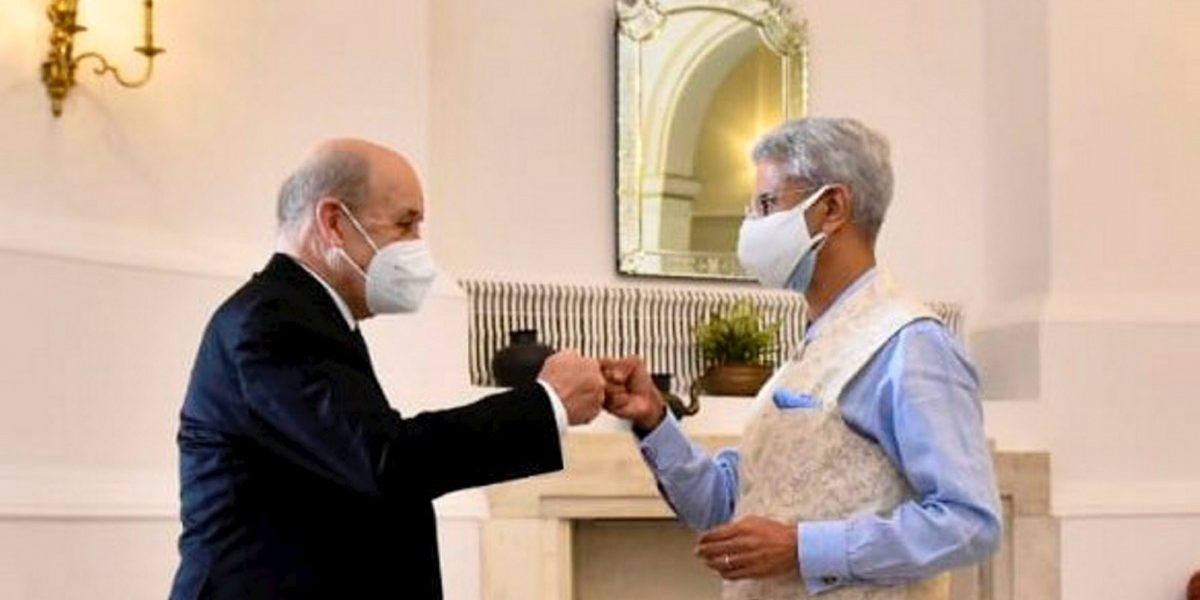 Le Drian had arrived on April 12 for a three-day trip and met his Indian counterpart on Tuesday. His visit was to coincide with the Raisina Dialogue, which has now gone fully digital as COVID-19 cases continue to rise dramatically in India.

The French embassy press note previewing his visit had stated that Le Drian was supposed to call on the prime minister on Tuesday.

The media advisory of the Ministry of External Affairs had also listed the call-on for April 13. However, it has since been deleted from the official schedule on the MEA’s website.

According to official sources, the call-on – largely to exchange pleasantries – did not take place “due to COVID related response”. There were, however, no other details.

Modi’s meetings with visitors have been scaled recently. A scheduled meeting with the Maldivian foreign minister this week has also been cancelled.

A few hours before the scheduled call-on, the official French delegation had sat down with the external affairs minister, foreign secretary and other senior MEA officials for formal talks at Hyderabad House.

Sources stated that there had been concern after the results of the periodic COVID-19 tests done on foreign secretary Harsh Shringla did not give him full clearance. The inconclusive result came after the formal delegation level talks. The results of a second test have shown him to be negative.

Sources asserted that it was highly unlikely that PM’s office would have cancelled the scheduled meeting of the foreign minister over an inconclusive result, especially since FS has been vaccinated and subjected to frequent tests.

It is more probable that a general policy decision has been taken to scale back Modi’s meetings due to the rising case load.

The visiting foreign minister’s schedule on Wednesday includes a meeting with environment minister Prakash Javedkar and participation in the Raisina Dialogue. He will travel to Bengaluru on Thursday, before leaving for France.

This year, out of the 10 visiting foreign ministers, none of them have been able to meet with the Indian prime minister. This includes those from important partner countries like Russia, Afghanistan and Nepal. This is unusual as a call on the prime minister is usually the norm .

The reason given was due to Modi’s busy schedule, especially in the last few weeks due to the hectic election campaigning.

However, US secretary of defence Lloyd James Austin and US special presidential envoy for Climate, John Kerry were able to meet with Modi during their separate trips.