Diplomacy in the Age of Social Media

Public diplomacy is a buzz word that has been around for decades, but today it is well ensconced with a significant other – social media.

Diplomacy in an age of social media is beginning to leave its protected past. Credit: Reuters 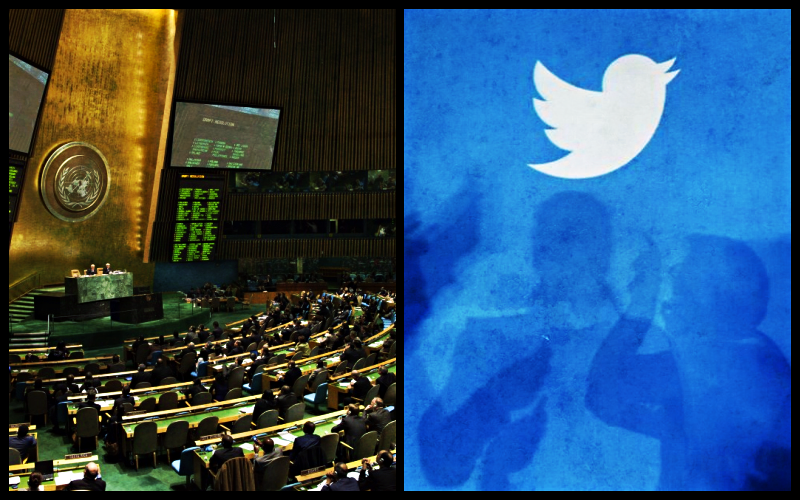 Diplomacy in an age of social media is beginning to leave its protected past. Credit: Reuters

Diplomacy is a fine art, heir to centuries of epochal deal making, system building, peacemaking and conflict avoidance and resolution – it is, in many ways, a profession for the ages. In the minds of men and women at large, however, it is also seen as a profession conducted in rarefied environs, in dizzying ivory-towered heights, away from the hurly-burly of earthling life. In India, I have often faced the perennial question, “What do you do in the foreign service?” As if we diplomats live in a Neverland of whisky-marinated escapism, a kind of lagoon with flamingos flying over it, as Neverland was once described.

Back in 1959, Harold Nicholson said, “There are those who regard the foreign service as a kind of bird sanctuary for elegant young men…arrayed in striped pants and spending most of their time handing sugar cookies to ladies of high society. Conversely there are those who regard diplomatists as an international gang of intriguers intent upon ensnaring the Great White Soul of the United States”.

Thus, diplomacy in the minds of those outside the foreign services and chancelleries of the world is rarely accorded the definition of a profession in the way that medicine, civil service, law or a career in the military may be regarded.

For those, however, who have practiced diplomacy through their working lives, it is regarded as a transnational profession. It is as evolved as any of the other professions just mentioned, requiring as much training and specialisation: advocacy and negotiation skills, analytical acuity, learning new technologies and methods of functioning, and the possession of situational and terrain awareness or the steady hand that is, as Lawrence Durrell once said, a prerequisite to doing a job well. The closed, risk-averse mind, un-attuned to change or creativity, to the ability to pursue the new and untested, does not belong in the profession of diplomacy.

At the core of diplomacy lies the art of communication – communication with credibility, more precisely. Fluency in communication, eloquence combined with economy in the use of language and possessing the antennae to pick up surround sound, the reverberations from the ground, is what makes good diplomacy tick.

This is the age of the ‘naked diplomat’, as famously defined by Ambassador Tom Fletcher, lately retired from Her Majesty’s British Foreign Service: the naked diplomat with the smartphone, shorn of all the trappings of yesteryear. It is the era of citizen diplomacy, subject to oversight from the population at large that is buoyed by the freedom of the internet and the online, digital world. The demands of openness and transparency in policy deployment and articulation, real-time communication, countering fake news and alternative facts in a post‐truth world, clarity and conciseness, are all upon diplomacy.

Diplomacy in an age of social media is beginning to leave its ozone chamber, its protected past, to become interactive, better networked and more people-centred and people-friendly. Many social media platforms boast of followers and subscribers that equal the populations of large-sized countries. Google could, at some conceivable stage, make a case for membership to the UN Security Council (of course the present membership is not accepting new entrants, which flies in the face of the need for diplomacy to adapt to the new shape of the world). As the Australian national security expert Rory Medcalf recently said, “The job descriptions for hacks, spooks, diplomats and wonks are becoming less and less distinct, blurring at the edges into a spectrum of geopolitical knowledge makers and manipulators…when a crisis or event breaks across the 24‐hour information cycle, pioneers from each profession find themselves turning to fast-paced, flexible social media – Twitter, blogs, Facebook, YouTube – to help make and project succinct meaning in a world of noise.”

Public diplomacy is a buzz word that has been around for decades, but today it is well ensconced with a significant other, which is social media. Diplomacy wears its shirtsleeves rolled and treads a terra infirma today. It is surrounded by a habitat of migrants, broken boundaries and destroyed sovereignties, rising nativism and irredentist nationalism, intermittent natural and man-made disasters, and galloping religious extremism coupled with the unadulterated evil that is terrorism. This is the world inhabited by the babel of voices that define social media, many schools of thought colliding, a sort of cacophony of the spheres. Freedom of expression, despite the freedom with which all kinds of views are expressed on social media platforms, is endangered because the wells of intolerance overflow. This is the age of anger, of political extremity, with audiences or media users who inhabit their own echo chambers and subscribe only to the views of the like-minded. 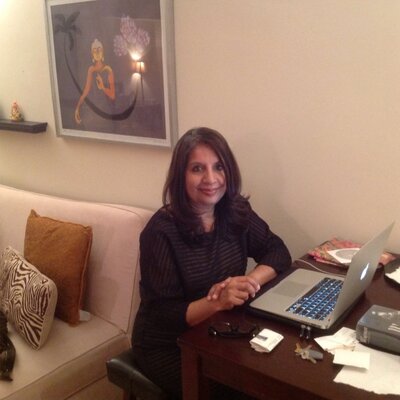 Social media algorithms tailor content to meet the preferences of their users. And to quote a recent study, these echo chambers are “a threat to political dialogue, political compromise, political tolerance and respect for democratic processes. They are, in effect, an erosion of the public sphere or town square.” How does diplomacy deal with narrow, prismatic, pre-conceived views on a particular policy issue? How does it deal with the abusive responses to any outreach that contradicts or seeks to moderate extreme views? Hate speech, vitriol, ethnic, racial or sexual abuse can inundate embassy social media profiles. Is the world losing out on the middle ground?

But reverting to the high ground of public diplomacy, let me say that for an Indian diplomat, the abundant natural resource or veritable Indian Ocean of India’s soft power and its transnational appeal should make the leveraging and projection of such power a showstopper. The potential is immense and we are beginning to tap it in a strategised fashion as recent efforts, especially the global impact of yoga diplomacy, would show. The role of the Indian diaspora, especially in the developed world, in showcasing Indian democracy, pluralism and diversity, business potential, millennial culture and the vision of Digital India, is becoming increasingly salient in this new outreach. Each of them becomes a citizen ambassador for India in their countries of residence; building bridges of communication with them is very much a part of soft power projection.

Indian embassies and diplomatic missions across the world are active on Facebook, YouTube and Twitter these days and what was considered as a no-go for Indian officialdom until a few years ago is now de rigeur. Foreign minister Sushma Swaraj’s Twitter timeline is a hub of activity. Swaraj is the most followed female world leader on Twitter. Her presence online is a powerful example of how digital diplomacy connects government with citizens, particularly those in need of consular assistance, often reuniting families and helping individuals in distress. According to Twiplomacy, the most-followed world leaders on Twitter have one thing in common: they have discovered Twitter as a powerful one-way broadcasting tool.

The diplomat is an envoy, a carrier of messages. It is only the medium that changes with the times. The messenger and the message endure regardless of the situational shifts. But quo vadis? Where do we go from here? What lies in store for diplomacy in an undefined future marked by the proliferation of news providers and generators, where fact-checking is at a low premium, where lies become truths, and disruptiveness and public intrusiveness the norm?

The inner work of diplomacy must go on, there will be peace to make, wars to end, refugees to help, international laws to uphold, rights to protect, trade barriers to remove, terrorism to be prevented and so much more. But the need to inform, to communicate, to ensure openness and accessibility to national and international audiences will not recede. It will, in fact, be all pervasive and can be a two-way process, by which diplomats communicate but through which they also increasingly harvest creative ideas – ideas that can be applied to their own professional areas of work from politics, science and technology, cutting-edge research and industry, and the arts and literature through an inter-disciplinary osmosis.

Nostalgia for the old days of privacy and distance from public spaces may result, but it is no antidote to what awaits. The era of Open Situation Rooms (tried with some success in Germany) involving consultation between senior officials and a wider public of entrepreneurs, physicians, social activists and a wider circle of digitally-networked experts and scholars is more than possible. New scenarios and recommendations to deal with old problems can often result. Institutions like foreign offices can benefit from innovative thinking and creative solutions.

The digital world has no notion of the limits that defined the world of the 1970s and 80s. The underpinnings of how diplomacy was conducted through the centuries are being questioned. New core competencies in dealing with cyber threats and vulnerabilities, the knowledge revolution, the assembling of big data and how to use it, and the coming of artificial intelligence will need to be developed. Nation branding and place branding will be a part of the exercise. This will involve promoting coalitions between governmental departments and outstanding minds in business and industry, scientists and design specialists. And all this combined with authenticity, credibility and trust. There can be no holding back.

Finally, there is also need in this digital universe to size up the competition and opposition that we face. This is not about trolls on Twitterverse but the country’s adversaries in the real world, the proxy warriors, the enemies of the people. What are the ruses, the disguises, the astro turfing they adopt on social media platforms? Countering propaganda emanating from such groups or stemming the tide of their ideological narrowness and calls to violence will require a carefully-formulated strategy that is constantly being tested for quality and relevance. A journalist recently proclaimed that the next world war would be fought on Twitter. He did not seem to be joking.

Twenty-first-century diplomacy thus requires an amplification of purpose. All the traditional tasks of diplomacy continue, but we ignore the adoption of all the new information technologies for communication – the social media platforms – at our peril. The door has opened and the future has already come in. No irrational fears of social media are necessary. We live in a networked world and every life touches us today. Or, as Star Trek‘s Captain Kirk said, “There’s no such thing as the unknown ‐ only things temporarily hidden, temporarily not understood.” Going forward boldly, that is the answer. We need tweeting Talleyrands, not control freaks. Guerrilla diplomacy is upon us.

This article is an edited excerpt from a speech delivered by the author at UNESCO, Paris.

Nirupama Rao is a former foreign secretary of India and was ambassador to the US. She is currently a Public Policy Fellow at the Wilson Center in Washington DC.