On March 8, the UK parliament has scheduled a debate on “press freedom and safety of protestors in India”. This debate was marked in the parliamentary calendar after an e-petition crossed the threshold of 1,00,000 signatures earlier this week. 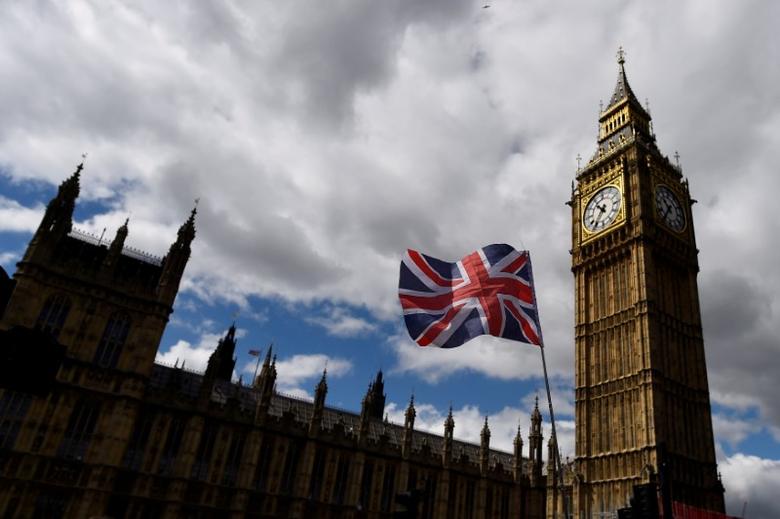 The Union Flag flies near the Houses of Parliament in London. Photo: Reuters/Clodagh Kilcoyne/File Photo

New Delhi: Ahead of the UK parliament debating the farmers’ protest on Monday, the new UK envoy to India said that though the matter remains an “internal issue” for India it still impacts politics back home due to the presence of the large diaspora.

On March 8, the UK parliament has scheduled a debate on “press freedom and safety of protestors in India”. This debate was marked in the parliamentary calendar after an e-petition crossed the threshold of 1,00,000 signatures earlier this week.

Speaking to reporters on Saturday, British high commissioner to India, Alex Ellis said, “I think the foreign secretary (Dominic Raab) said it when he was here ‘your politics is our politics’ – in other words, things that happen in India have ripples in the UK partly because you have such a big diaspora community in the UK, so these things get debated.”

The British foreign secretary had visited India in December 2020 to set the agenda for UK Prime Minister Boris Johnson’s trip to be chief guest at the Republic Day parade. Johnson’s visit never took place due to the rising numbers of COVID-19 cases. But Johnson also had to face the heat with a question asked during Question time in parliament, which he incorrectly answered.

On the March 8 debate, he said, “This is something that is done by Parliament, the government has to participate, it has to answer but it is the parliamentarians, as you expect, raising issues that are a concern to them in their constituencies.”

Ellis added that “as the Indian diaspora grows and is very successful in many countries of the world, you are going to see more of this”.

“I think that as India grows and becomes more international and ever more significant in the world, there will be more debate about Indian issues,” he said. He noted that the UK government’s view remained that the farmers protest were an “internal issue” for India and it was “something “that we look at but it is something for India to resolve”.

The UK envoy, however, did not reply directly to repeated questions on whether the Indian side had raised the matter of the March 8 debate with London.

During the weekly briefing on Friday, MEA spokesperson Anurag Srivastava said that the Indian diplomatic missions in UK have been reaching out to British lawmakers and civil society with “facts” about the farm laws.

“All our missions abroad work to provide right information on the happenings in India to the respective governments and people of that country. In this context, our High Commission in London and our Consulates in Birmingham and Edinburgh, they have made available the facts about the three farm laws to the UK government, UK’s MPs and civil society,” he said.

The UK prime minister is likely to make a visit soon in lieu of the cancelled Republic Day visit.

Indian prime minister Narendra Modi will also travel to UK on invitation to attend the side events of the G-7 summit in June.

To a question on the talks between Indian government and Cairn energy chief executive officer about the award of the arbitral panel for return of $1.4 billion, Ellis said, “We encourage both parties to reach a swift settlement.”

He added that India has India has got “huge ambitions” for its economy and infrastructure, which requires capital from both domestic and foreign sources. “So, creating an environment where foreign capital comes to the country, I think is really important. That’s a more general remark,” he said.

This year, UK is set to host the global climate change meet COP 26.

To a question on whether India should submit an enhanced emission cut, Ellis stated that all countries should “implement” what they have committed and “increased their ambitions”. He cited the UK’s pledge to cut greenhouse gas emissions by 68 percent by 2030, compared with 1990 level.

He also added that it should be recognised that “different countries have different stages of development”.

India has claimed that it will be meeting all its emissions cut commitment made in the Paris agreement.