At the SCO summit, the two leaders bonded over Dangal and agreed to give a positive spin to discussions relating to trade, connectivity investment and global security. 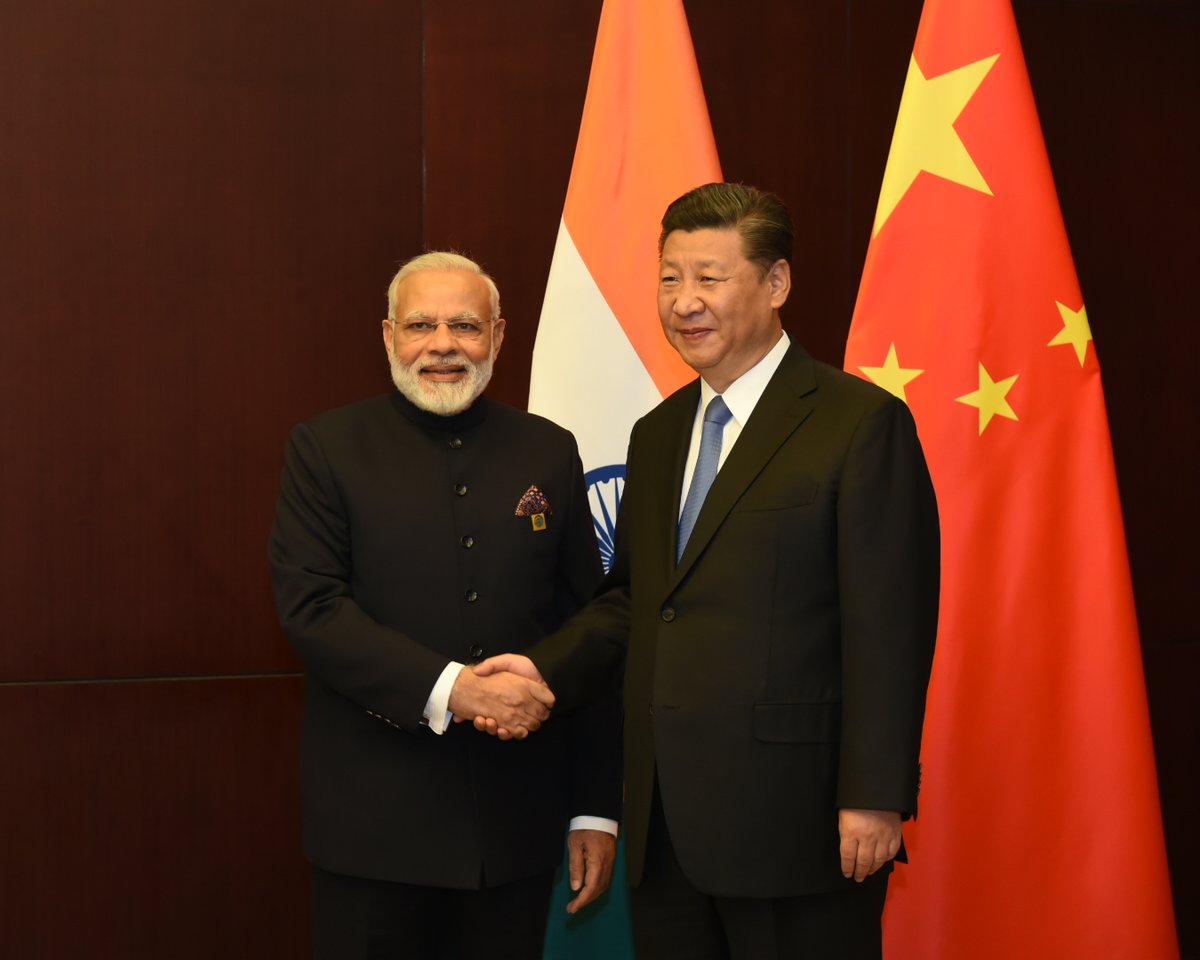 Astana (Kazakhstan): As both sides papered over their differences in order to consciously project a sense of stability and leadership in an increasingly volatile world, Chinese president Xi Jinping had an important message for Indian prime minister Narendra Modi. He had watched an Indian film and liked it.

Xi’s charm offensive came at a half-hour meeting the two leaders had at the imposing multi-storey Beijing palace hotel – a symbol of rising Chinese dominance in Central Asia – on the sidelines of the Shanghai Cooperation Organisation summit here on Friday.

Modi and Xi last met was at the BRICS summit in Goa eight months ago. The Indian prime minister was accompanied by national security adviser Ajit Doval and foreign secretary S. Jaishankar.

At the “very cordial” meeting in the Central Asian capital, Xi took the opportunity to tell Modi that he had enjoyed the movie Dangal, starring Aamir Khan, which has become the highest grossing non-Hollywood foreign film in China.

After today’s meeting, both India and China gave a positive spin to the discussions.

“The sense of the meeting was that two countries have great interest in working with each other and we will have differences. Where we have difference, how to work and find common ground. And wherever we have concerns, each side will look at with a degree of seriousness,” said Jaishankar.

The perception that seemed to be projected by the two Asian giants is that in a post-Trump world, India and China could be the beacon for global responsibility. There was an agreement to have more bilateral meetings, even political leadership level.

“The broad crux was that at the time of global uncertainty are a factor of stability and as the world becomes more multiple polar, India and China must work together,” said Jaishankar.

Xinhua quoted Modi as saying that “sound India-China relationship will help stabilise the volatile international situation”. Both India and China had recently strongly endorsed the Paris Climate change agreement, after US president Donald Trump withdrew his country from the international treaty.

The state news agency said that the Chinese president expressed similar sentiments of the need to steer an even course amidst choppy waters. “Faced with profound and complex changes of the international situation, China and India, as the world’s two largest developing countries, should pay more attention to cooperation and go ahead with each other as partners, so as to instil more momentum into each other’s development and contribute to world peace, stability and common development, said the Chinese president,” Xinhua reported.

When asked whether China had made any change to its position on NSG or Masood Azhar, Jaishankar reiterated, “This meeting was a broad assessment of the relationship. So, you should rest assured that there was a sense that both sides will address each other’s concern seriously”. The foreign secretary did not answer directly whether these contentious issues had been raised.

A question on recent violations at the line of actual control by Chinese helicopters led the foreign secretary to reply, “I think again these are the president and the prime minister of a country meeting, I think you people must see this summit level meeting for what it is”.

He noted that special areas were discussed including trade, investment, establishment of industrial parks and cooperation in railways.

While India did not attend China’s summit on its flagship Belt and Road initiative, connectivity apparently featured in the talks. “There was a discussion on how we could work together. The Asian Infrastructure Investment Bank (AIIB) and BCIM (Bangladesh–China–India–Myanmar Forum for Regional Cooperation) corridor came up,” he said.  Sources added that the Belt and Road Initiative, formerly known as OBOR did not feature in the talks. India has objected to the BRI, due to the China Pakistan Economic Corridor going through disputed Kashmir territory.

Defence and security issues were also part of the talks, with ideas exchanged on cooperation in counter-terrorism, security cooperation and defence exchanges.

Jaishankar noted that there had been some positive “signalling” from the Chinese government on improving facilities for pilgrims of the Kailash Mansarovar Yatra.

Bollywood to the rescue

If the Indian side had little concrete to relate to reporters on the substantive issues, officials were at least willing to get specific about one part of the Modi-Xi meeting. “President Xi in fact spoke very highly of Indians films. He said that Dangal was doing particularly well and that he had himself seen it,” Jaishankar told reporters. Sources added that Xi specifically applauded the acting in the film. “He (Xi) said that he liked the actors,” they said.

China has been seemingly promoting the success of Dangal as a feel-good aspect for relations which have been strained in recent years. China’s reservation over the Indian membership application for the Nuclear Suppliers Group, its hold on the listing of Masood Azhar in the United Nations terror list and support for China-Pakistan Economic Corridor have caused some heartburn in New Delhi.

Before Xi, the fifth-highest ranked member of the Communist Party of China, Liu Yunshan had also praised Dangal to a group of mediapersons from BRICS member states. “I think the Indian media should be proud of the movie as it’s very successful and very influential in China,” Liu said.

The film’s success is even more astounding as it was improbable. While Aamir Khan had done several weeks of promotion in China, Dangal was only seen in a limited number of screens at the beginning.

But by word of mouth and social media, Dangal or Shuaijiao Baba, with its theme of filial ambition and combating patriarchy, turned out to be one of China top 20 box office draws of all times. Till June 7, it has collected over Rs 1,090 crore in the Chinese market.

Incidentally, this is not the first time that a popular Hindi film has come in handy to help break the conversational ice and provide officials with a talking point.

In 2001, Atal Bihari Vajpayee barely uttered a word during official talks with then Indonesian vice-president Megawati Sukarnoputri in Jakarta. Vajpayee, a former Indian diplomat recalled, wouldn’t utter a word despite the prodding of his officials. Megawati kept talking but the Indian leader didn’t even seem to be paying attention. Then she said she had seen Kuch Kuch Hota Hai and that it was a big hit in Indonesia. At that point, Vajpayee’s eyes lit up and he repeated the words, ‘Kuch Kuch Hota Hai’. The record of discussion duly noted that the two leaders had a warm and cordial exchange.

China is only the latest market to fall for the charm of a Bollywood production. Reflecting the fascination for Indian films in the former Soviet republics, the entertainment for SCO summit leaders during lunch on Friday included a rendition of Raj Kapoor’s ‘Mera joota hai japani’. It got an enthusiastic applause from the audience.