"My message is very clear that Putin has got to stop this war and end the killings. I, of course, hope that India will influence Russia also in this discussion," Danish Prime Mette Frederiksen said. 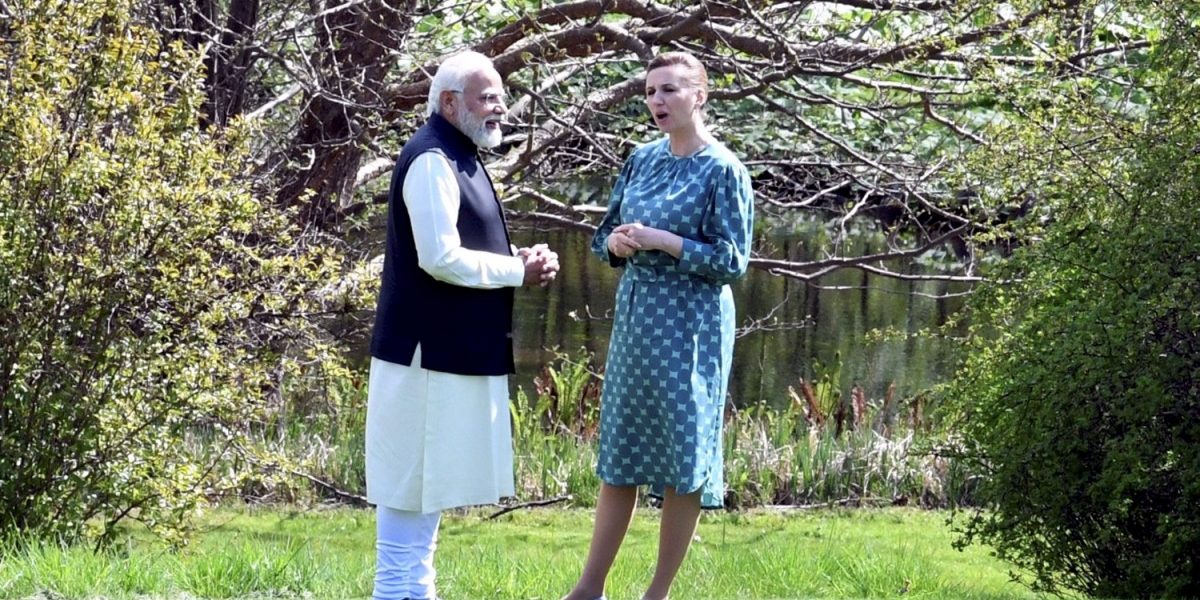 New Delhi: As Danish Prime Mette Frederiksen expressed hope that India would “use its influence” over Russia and Vladimir Putin to end the war in Ukraine, Prime Minister Narendra Modi on Tuesday appealed for an immediate ceasefire in Ukraine and return to the path of dialogue and diplomacy to resolve the crisis.

The two leaders discussed the Ukraine crisis and several regional and global issues including increasing trade relations and cooperation in the field of mitigating the impact of climate change during their bilateral talks at the Danish Prime Minister’s official residence in Mareinborg.

“We appeal for an immediate ceasefire in Ukraine and return to the path of dialogue and diplomacy for resolving the crisis,” Modi told reporters.

Frederiksen hoped that India will influence Russia on Ukraine and asked Russian President Vladimir Putin to “stop this war and end the killings”.

“My message is very clear that Putin has got to stop this war and end the killings. I, of course, hope that India will influence Russia also in this discussion,” she said.

In a joint statement issued after the talks, the two Prime Ministers expressed serious concern about the ongoing humanitarian crisis in Ukraine.

“They unequivocally condemned civilian deaths in Ukraine. They reiterated the need for an immediate cessation of hostilities. They emphasised that the contemporary global order has been built on the UN Charter, international law and respect for sovereignty and the territorial integrity of states,” it said.

“The two leaders also discussed the destabilising effect of the conflict in Ukraine and its broader regional and global implications and agreed to remain closely engaged on the issue.”

Modi expressed hope that the negotiations on the India-European Free Trade Agreement will be concluded as soon as possible.

“We have also emphasised a free, open, inclusive and ruled-based Indo-Pacific region,” the Prime Minister said.

Modi noted that more than 200 Danish companies were operating in India and were benefiting from the ease of doing business and comprehensive economic reforms.

Earlier, Frederiksen was at the airport to receive Modi.

The two leaders were photographed chatting as they took a stroll on the expansive lawns of the 18th century country home located on a hilltop.

The two leaders appreciated the progress in the restart of negotiations on the India-EU Trade, Investment and Geographical Indicators Agreements and called for a balanced, ambitious, comprehensive and mutually beneficial approach and an early and simultaneous conclusion.

They also welcomed the launch of the Trade and Technology Council between the EU and India underlining the importance of deep, strategic collaboration on cross-cutting issues related to trade, trusted technology and security.

The two leaders also recalled the India-EU Connectivity Partnership and agreed to support efforts towards its early implementation.

Modi also addressed the India-Denmark Business Forum and was scheduled to speak to the Indian diaspora in the Nordic nation.