'Now the AAS too finds itself in turbulent times, caught up in geo-politics and subjected to cascades of criticism from within and without.' 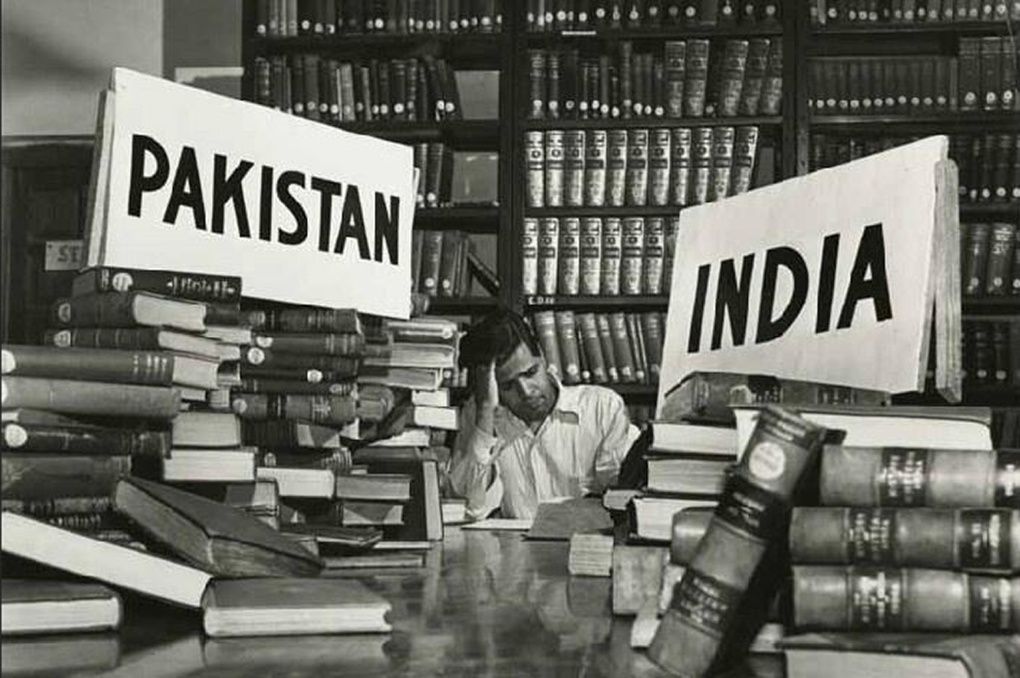 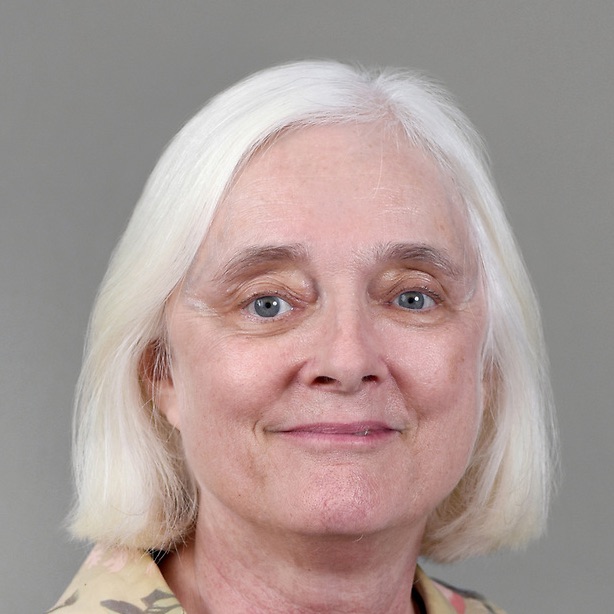 Next month, India will be playing host for Asian studies scholars from all over the world for a major conference. But, following explicit instructions from Indian government, Pakistani academics will not be allowed to participate.

The Association for Asian Studies is the premier international academic body of Asianists with around 10,000 members. Every year since 2014, it holds an annual AAS-in-ASIA conference for scholars who cannot attend the annual event in North America. The last four conferences were held in Singapore, Japan, South Korea and Taiwan.

Foreign scholars had to apply for an Indian visa with a copy of the invitation and no-objection letters from the ministries of external affairs and home affairs. But the political clearance letter from the MEA includes explicit instructions from the Indian government to not include any scholars from Pakistan at the event.

We live in turbulent times. For the past year and a half or so, I have spent many hours mesmerised by my television set, watching as my country (the USA) lurches from one “unprecedented” event to the next. I fume and steam and sometimes shout out loud, then go to bed. I wake up to 13th-century Maharashtra, to remote temple towns and lovely but dwindling groves in the Western Ghats of India, to my teaching duties and the local politics of my home institution. By evening I am ready for another bout of outrage.

Now the AAS too finds itself in turbulent times, caught up in geo-politics and subjected to cascades of criticism from within and without. The fifth AAS-in-Asia conference is due to be held in Delhi next month. The Government of India, while granting political clearance to the conference (a requirement under Indian law), has refused to issue conference visas to citizens of Pakistan or even to persons of Pakistani origin. The officers of the AAS (that means, currently, Katherine Bowie, past president; Laurel Kendall, past past president; Prasenjit Duara, vice president; and me, president) and all the members of the AAS Board of Directors abhor the exclusion of Pakistani scholars from the conference. We are nonetheless going ahead with the conference, including Pakistani participants to the greatest degree possible by Skype.

We are grateful for the many expressions of support and understanding that we have received for our decision. There are also, however, many scholars of Asia, both within and outside the Association for Asian Studies, who disagree with our choice. Some of them have signed a number of statements, letters, and petitions: a “Letter to the Leadership of the AAS,” a statement by Concerned Scholars, an AAS-in-Asia boycott declaration, and a petition organized by the journal positions. However, we believe our course of action is the right one under the circumstances, despite the heated objections that it has generated. I will try to explain.

The first four AAS-in-Asia conferences were held in Singapore (2014), Taiwan (2015), Japan (2016), and South Korea (2017). As the decision was made to hold a fifth conference, and to hold it in South Asia, Ashoka University quickly rose to the top among our potential collaborators for hosting the conference. Ashoka is an excellent private university located outside Delhi, India. The AAS and Ashoka have been planning the conference since 2014, as full and equal partners. In terms of finances, the objective of the conference is to “break even” by having conference-generated revenue and outside funding contributions offset conference expenses. The AAS and Ashoka University have agreed to cover all expenses and split any net revenue (after expenses) or deficit on an equal basis.

The programme committee, which met in Delhi in January 2018, included scholars from the Ashoka side and also from AAS. The committee reviewed 240 proposals for panels to be presented at the conference and selected approximately 170 of them. The criteria for selection were the quality of the proposals, the variety of institutions and countries of the panelists, the breadth of academic fields represented, and the need to have an adequate number of panels about each of the four areas of Asia on which the AAS focuses: South Asia, Southeast Asia, China and Inner Asia and Northeast Asia. Among the scholars selected to present papers at the conference, four were from Pakistan and 784 from more than 40 other countries. Of those from other countries, four had Pakistani ancestors.

In order to hold an academic conference in India, approvals from the Ministry of External Affairs and from the home ministry are required. These approvals must be applied for approximately six months in advance. It is impossible to get prior guarantees from the Government of India (or probably from any government) that visas will be granted to all potential participants, or that panelists will not be refused visas based on their nationality or national origin. During the 20th century, India fought three wars with Pakistan (beginning with their bloody Partition in 1947) and one with China; India’s relationships with these two countries fluctuate, with the relationship between India and Pakistan currently at a very low level. India’s sensitivity about people of Pakistani origin dates back about ten years, to the actions of an American named David Headley.

Some members of the AAS have argued that, knowing this history, we should not have attempted to hold a conference in India; others believe that we should have cancelled the conference when we learned of the Ministry of External Affairs letter in early March; yet others wonder why we did not raise a public protest against the ministry’s decision as soon as we learned of it. Our choice to hold the conference in India was based on a desire to bring South Asian scholars of Asia more fully into the community that AAS-in-Asia seeks to foster, and we made this choice in the hope (and, at the time, not unreasonable expectation) that Pakistani (and Chinese) scholars would receive visas to participate in the conference.

Applying for the Indian ministries’ permission for the conference was and remains Ashoka University’s task. As representatives of an institution based in India, they applied for the permission as required under Indian law. When permission for the conference was granted but with the requirement that Pakistanis be excluded, Ashoka worked very hard to get the exclusion reversed. Our Ashoka colleagues did not, however, mobilise a public protest at that point, in the hope that engagement might yield results. Although the AAS officers also found the Ministry of External Affairs’ decision repugnant, we chose (after some discussion) to accede to the judgment of our Ashoka colleagues about the best strategy for dealing with the Indian government, and hence not to raise an outcry then. Even now, as I write, Ashoka is making yet another attempt to get the exclusion of Pakistani participants reversed. The officers of the AAS are supporting our Indian colleagues in that attempt, as is the American Anthropological Association, a sister organization of the AAS. The document from the Ministry of External Affairs has been available on the conference website since early March.

On a more theoretical level, the statements of concern, the letters of protest, and the calls to boycott the AAS-in-Asia conference raises fundamental questions about the nation-state system. This issue became most acute for me when I read the “Frequently Asked Questions” document linked to the AAS-in-Asia boycott declaration cited earlier. In answer to question 7, the authors of that document state:

We are boycotting the AAS conference because we take [this] as a starting point for change [in] our own professional location as academics. The fact that the AAS has its home base in the United States, where similar visa restrictions apply[,] is a separate issue: the organization has no choice but to operate in its domestic environment; it has plenty of choices about how to operate elsewhere, including refusing to cooperate with governments who censor in [an] a priori fashion. The AAS does not control visas. It does control how it operates in the world. The defence of sovereignty merely indicates how far the AAS has abdicated responsibility for its own choices in this matter.

The system of nation-states with borders and the power to grant or withhold visas is, indeed, an artificial human creation, and a relatively recent one at that. I join the colleagues who wrote this answer in hoping that the nation-state system will be replaced by one that is more open and free and fair. I doubt, however, that such a replacement will be found in my lifetime.

Meanwhile, I differ on one very important point with the colleagues who wrote this answer. Speaking now only for myself, I believe that my options are much less limited in my “domestic environment” than with respect to other countries. I feel completely free to protest my own government’s actions (I’m aware that I am lucky – indeed, privileged – to have a sense of freedom that not all American citizens feel). However, when I am operating in a country where I am not a citizen, I feel constrained by the conditions under which that country grants me a visa. True, I have the right not to go to there, but what if the whole point is to be engaged with people of that country and to learn from and about them? This is the dilemma of the international scholar.

In the short term, our responses to the Indian government’s refusal to grant conference visas to Pakistani scholars will include:

In retrospect, I look with wonder at how unproblematically so many of us attended the AAS annual meeting in Washington, D.C. last March, given that a blanket visa ban barred scholars from not just one but seven different countries. Just as the turbulence of our times is bringing many people to take an active role in politics for the first time, so I hope that the current debate within the AAS membership will give us a chance to think more deeply about the relationships of scholars with the governments of the countries they visit, work in, lecture and teach in, and try to learn about. Such enhanced engagement cannot but be healthy for the field of Asian Studies, and for the AAS as an institution.