Current Stand-Off an Attempt by China to Change the Status Quo at Tri-Junction: Shivshankar Menon

India's former NSA, who has been involved in negotiations during earlier border incidents, says the difference this time is that the Chinese want India to withdraw even before any dialogue can take place.

The road construction by the Chinese into Doklam is being viewed as an attempt to push the tri-junction further south. Credit: Google Maps/Reuters 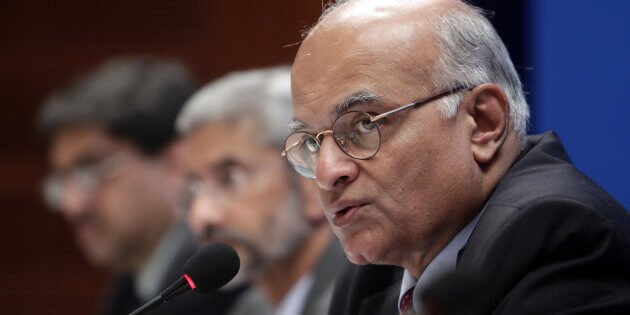 New Delhi: Shivshankar Menon, India’s former national security advisor, asserted that the current stand-off at Doklam was serious due to China’s attempt to change the status quo at the tri-junction with Bhutan and its unwillingness to return to the status quo.

For over three weeks, soldiers of the Indian army and the People’s Liberation Army (PLA) have been facing each other at a clearing at a height of over 10,000 feet in eastern Himalayas.

According to the protest lodged by Bhutan with China, Chinese soldiers started building a road towards the Bhutan army camp in Zompelri on June 16. Indian soldiers “in consultation” with the Bhutanese government went to persuade the PLA contingent to return to their side of the border, according to the Indian foreign ministry’s sole public statement so far.

Since then, troops of the two Asian giants have remained stationed on Bhutanese territory, keeping an eye on each other. While the situation at the stand-off remains calm, the official statements from China have been rather intense, with references to the 1962 war and talk of “serious consequences”.

“The incident is serious because this is an attempt by China to change the status quo, that we are committed to maintain under the 1993 BPTA. They were trying to build a road, which would change the situation at the tri-junction,” Menon, who was the NSA from 2012 to 2014, told The Wire. A Chinese language scholar, Menon was also the foreign secretary for three years till 2009 and the ambassador of India to China from 2003 to 2006.

The treaty being referenced is the Agreement on Maintenance of Peace and Tranquillity, commonly known as Border Peace and Tranquillity Agreement, which was signed during the 1993 visit by the then Prime Minister Narasimha Rao to Beijing. At that time, it was the first Sino-Indian border agreement aimed at maintaining peace along the mountainous, disputed boundary.

Menon, who has been involved in negotiations during earlier border incidents, believes that there seems to be a fundamental difference in the attitude of the Chinese. “This time, they don’t seem to be willing to go back. The rhetoric is much more heated. They have asked us to withdraw first, before talking,” he said.

China, through the foreign ministry and its Delhi-based ambassador, has repeatedly asserted that India had to withdraw first unconditionally, before starting any “meaningful dialogue”.

Also read: Six Expert Views on How India Should Look at the Latest Border Stand-Off With China

India and China have been involved in stand-offs before, notably in Depsang in Ladakh four years ago, where the Chinese came and set up camp. It took three weeks for both sides to resolve the incident.

“During the 2013 intrusion in Depsang, we had asked the Chinese to withdraw and restore the status quo. In earlier incidents – Depsang, Chumar – both sides were talking to each other and returned back to earlier positions restoring the status quo,” said Menon.

The first line of Article 1 states, “The boundary of Sikkim and Tibet shall be the crest of the mountain range separating the waters flowing into the Sikkim Teesta and its affluents from the waters flowing into the Tibetan Mochu and northwards into other rivers of Tibet”. The second line states that: “The line commences at Mount Gipmochi on the Bhutan frontier, and follows the above-mentioned water-parting to the point where it meets Nepal territory”.

The road construction by the Chinese further into Doklam is, therefore, viewed as an attempt to push the tri-junction further south. 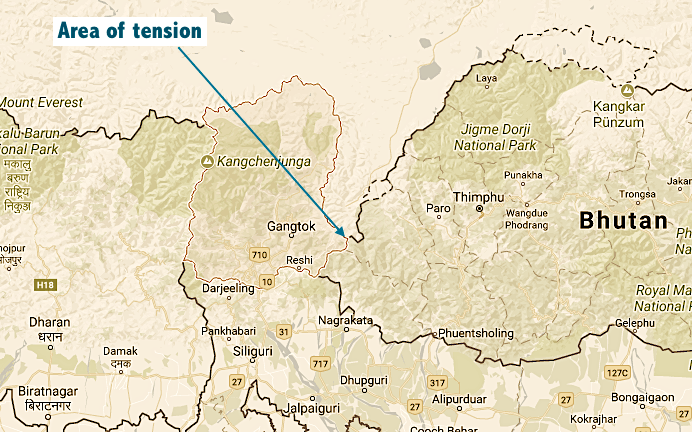 India has claimed that five years ago, both countries reached an “understanding” at the meeting of the special representatives that the tri-junction boundary points will be “finalised in consultation” with all the three countries.

Menon, who was India’s special representative in 2012, confirmed this. “In 2012 the SRs had a broad understanding that tri-junctions will be finalised in consultation with the third country concerned. This latest incident and statements saying this is Chinese territory are contrary to that understanding,” he said.

The Indian statement points out that the 2012 “understanding” was on the “basis of alignment” in the Sikkim sector.

While China has repeatedly only referred to the 1890 treaty, Indian officials have pointed out that if the issue was settled in Sikkim, then why did China agree to the understanding on tri-junction boundary points in 2012.

Beijing has rejected the points made in the June 30 statement, asserting that the “boundary convention’s legality and validity shall not be affected by the change of regime and the passing of time”.