Indian Experts Missed a Critical Insight on the Pakistan Elections

Going by statements made by all three prime ministerial candidates in the run up to the July 25 election, it would appear that the Pakistani people may just be ready to start burying the hatchet. 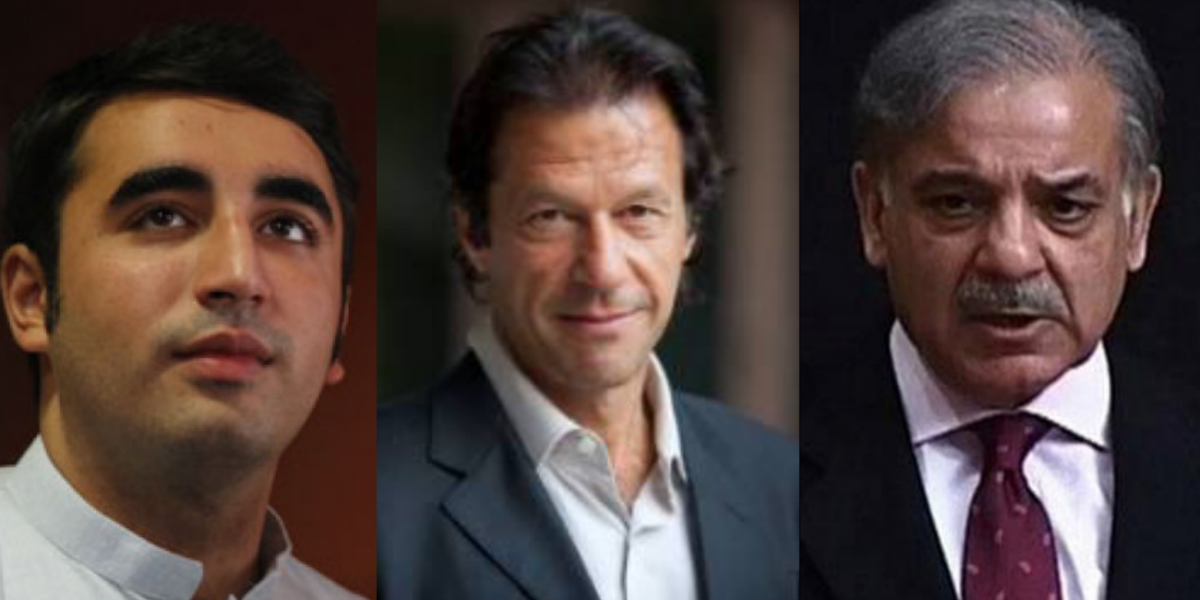 Watching the Indian media’s coverage of the recent Pakistan elections has convinced me that we need to take what many of our experts say with a pinch of salt. What have they been telling us since July 25? That the election in Pakistan means nothing for India since it is the army that calls the shots.

Right or wrong, hasn’t that been the popular refrain for months?

But the experts missed something critical this election – something that ought to matter a lot to the government of India: They’ve missed a key insight into what the people of Pakistan want in terms of a relationship with India.

Just before the elections, all three main contenders for the prime minister’s post – Imran Khan, Bilawal Bhutto and Shahbaz Sharif – publicly stated that if they came to power, they would work towards improving relations with India.

Do their statements mean that, if elected, such a promise would be followed up? Or is it all just for show? Of course, it is.

But look closely and you’ll notice something important. Their emphasis on improving relations with India, particularly during the last phase of elections, could only mean they felt this message could get them more votes from ordinary Pakistanis. That is something not to be missed. In essence, all three candidates acted as if they believes the national mood in Pakistan favours good relations with India.

All three couldn’t be reading the popular tea leaves wrong. Moreover, in his first speech after winning the elections, Imran re-affirmed his desire to normalise relations with India. Now, this should have been picked up by the so called experts and analysts, but wasn’t. Not because it signals Imran’s desire to really do so but because of his understanding that this is what the people of Pakistan would like to hear. After all, a new PM is only likely to nurture an image that would help him stabilise his position among his own people.

It seems that it can no longer be denied that the ordinary people ofin Pakistan will reward a ruler who moves towards normalising relations with India. This insight should be very important to the government of India because it gives New Delhi the required leverage to make a move, if it wishes to.

But isn’t it true that it is not the prime minister but the Pakistan army that is the hurdle in bettering relations with India? Yes, it could be true. and yet, the fact that the people of Pakistan want otherwise is something that has critical value. An effective foreign ministry could use this information to work out a strategy. What that strategy would be is something that people like us can’t, and shouldn’t, suggest. It is a matter of detailed planning and that is why we have a whole ministry to deal with it. The other revealing insight is the tone of Indian politicians towards relations with Pakistan, particularly just before our elections. Presumably, even our politicians say what they think the people would reward them for.

During the election speeches in 2014, most Indian politicians, particularly Narendra Modi, repeatedly  spoke about being tough with Pakistan. In fact, Modi openly derided former prime minister Manmohan Singh for being soft on Pakistan. This makes it clear that the mood of Indian public has been to not normalise relations with Pakistan.

In my view, both these insights are eye-openers.

Yet another one is the loss of all of Hafiz Saeed’s men in the Pakistan elections. This, admittedly, was noticed by Indian experts and commented upon. But combine this with the fact that all the contenders for the prime minister’s post publicly claimed that they  would attempt to fix ties with India if elected, and you have a very strong message that the people of Pakistan do not support terror and want good relations with India.

If the Indian government gets this message, it should be able to make it happen. If done, it would save untold amounts of money being spent on the needless acrimony that mars the relationship. Of course, the Indian government needs to also counter the disinclination of the Indian public to improve ties with Islamabad. That may be a bigger problem than tackling the army.

However, two more insights can help here. It seems that whenever it is under pressure, the Pakistan army too has come out with public statements that they would prefer normal relations with India. On the other hand, the Indian army has always been talking about punishing Pakistan.

We need to work towards changing the thinking of the Indian people and the Indian army. History tells us that Atal Bihari Vajpayee and Manmohan Singh came close to normalising relations with Pakistan, but the fear of a backlash from the public and opposition made them lose their nerve at the last moment.

We need someone courageous to take on this task. From its side, Pakistan has unmistakably signalled consent.