Nepal foreign minister Pradeep Kumar Gyawali said that the Himalayan country has asked to be on the "priority list for sending vaccines" and that "details are being worked out" with India. 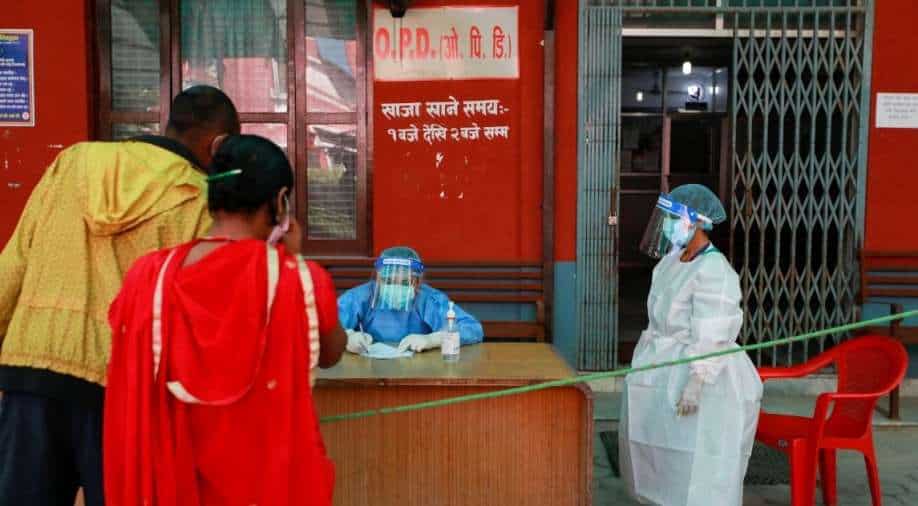 New Delhi: A day after India authorised two vaccine candidates for COVID-19, Nepal on Monday said that the country is still in talks with New Delhi to obtain vaccines in suitable numbers in line with assurances that they were on the “priority list”.

“We have already asked India to include Nepal in the priority list for sending vaccines,” he stated. India, he added, had given assurances on that front.

While India’s drug controller general has granted emergency authorisation, it has also made it conditional that Serum Institute cannot export the vaccine shots for several months.

When asked if Nepal is concerned about the current ban on exports, Gyawali noted that Nepal and India were in “close touch” to work out the modalities. “Details are being worked out,” he said.

Gyawali stated that Nepal has already given India the number of vaccines required to protect its population. “Nepal has a population of 28 million, and we want to vaccinate 21 million. About 28% of the population are children below 14 who will not be vaccinated,” he said.

In reply to a question about whether China has also been approached for vaccines, the Nepal foreign minister said that “all friendly countries” have been requested to include the Himalayan nation on their priority list.

Gyawali explained that his government would have to decide on an appropriate vaccine based on price, storage and effectiveness. “Our storage capacity can maintain a temperature between two and eight degrees (centigrade), so we can’t store it for doses which have to be stored at minus 20 degrees,” he said.

On Monday, Nepal recorded 403 new cases of COVID-19 and seven fatalities, bringing the total number of infected persons to over 2.6 lakh. Nepal’s death tally so far has been 1,885. 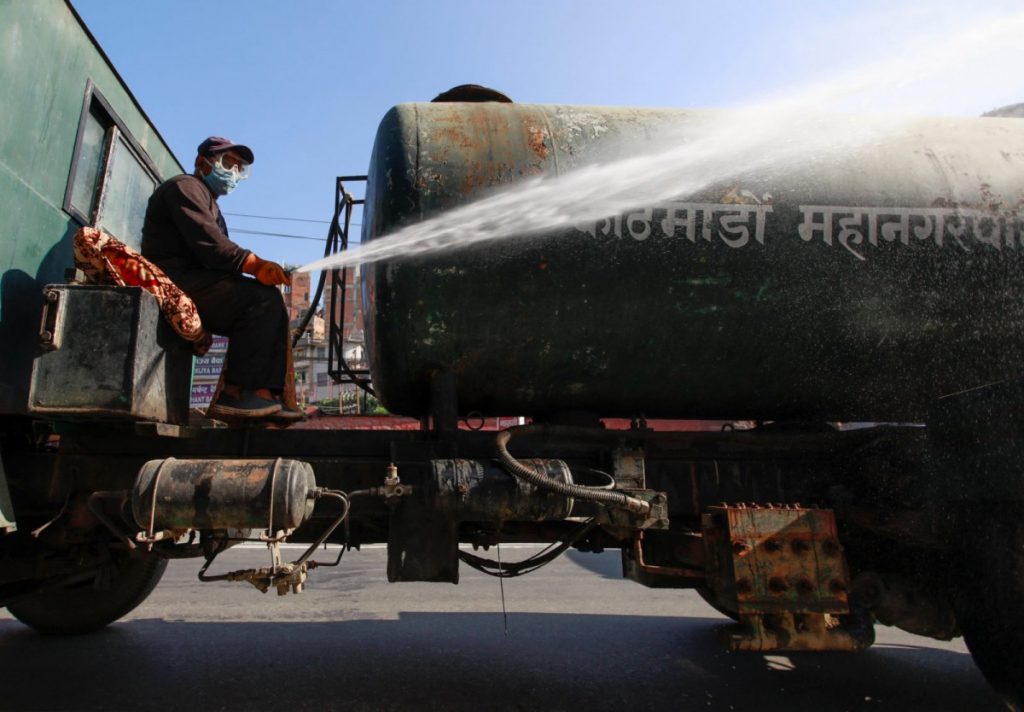 Disinfectant is sprayed towards the street from a vehicle amid the spread of COVID-19 in Kathmandu, Nepal, October 9, 2020. Photo: Reuters/Navesh Chitrakar

Nepal is not the only country which has a stake in India’s COVID-19 vaccine programme. India has given assurances that it would take care of the needs of its neighbourhood.

In the last bilateral summit of 2020, Indian Prime Minister Narendra Modi had told Bangladesh PM Sheikh Hasina that India would take “special care of your needs” regarding vaccines.

On November 5, the Bangladesh government had also signed a trilateral agreement with Serum Institute of India and Beximco Pharmaceuticals to obtain 30 million doses of COVID-19 vaccines.

The Dhaka Tribune quoted the chief operating officer of Beximco, Rabbur Reza as stating that despite reports of the so-called export ban, he was sure that Bangladesh would receive its share.

“We hope to get the vaccine as per the agreement,” Reza said, adding, “We have spoken with Serum (Institute of India) even today. They have assured us.”

“We have heard about the embargo on exporting vaccines. We are communicating through the foreign ministry; we have also talked to the Indian high commissioner to Bangladesh. We hope the contract with SII will not be hampered and we will get vaccines as per the contract,” he stated at a briefing.

In Thimphu, Bhutan prime minister Lotay Tshering said in an address to the nation that his government was prepared to get vaccines from India.

We have documents prepared with the GoI to get the Astra-Zeneca vaccines from India which is the main manufacturer of the vaccine: PM

As per sources, the decision on the vaccine distribution will be taken based on availability, but it was too early to say just a day after authorisation.

India is likely to give some vaccines on a grant basis and provide discounts for close neighbours and partners – just as it did on the supply of malarian drug HCQ in the early months of the pandemic.

India had also banned the export of HCQ, but later removed restrictions for specific countries on a case-by-case basis.