Narendra Modi's planned visit had led to protests on the streets and calls from the opposition to disinvite him following the Delhi riots. 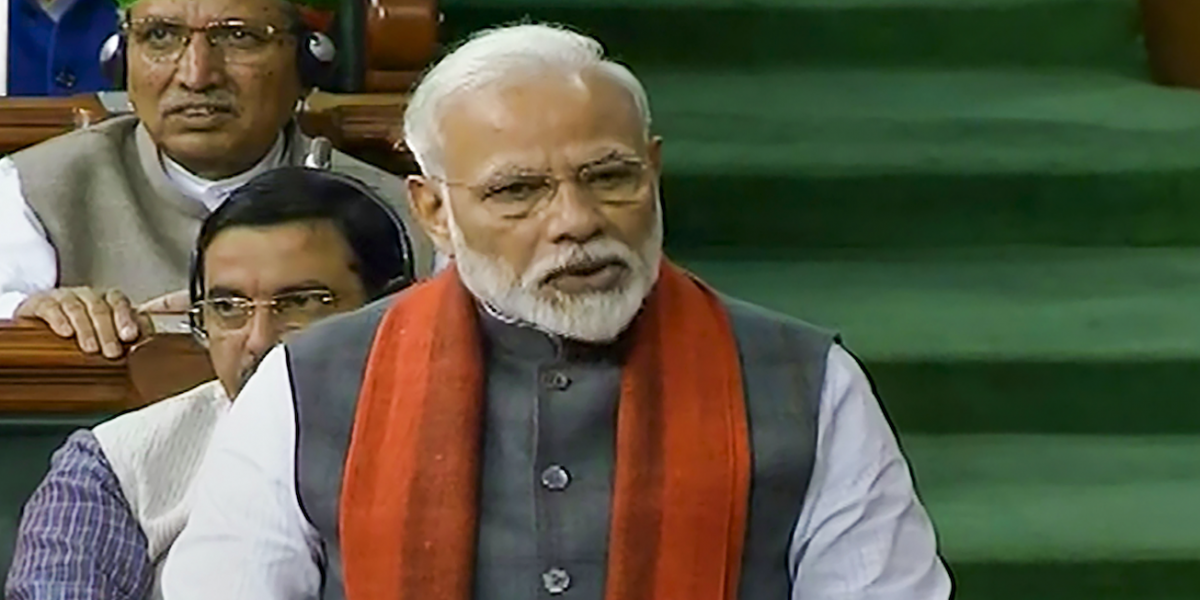 Prime Minister Narendra Modi rises to make a statement in the Lok Sabha, during the Budget Session of Parliament in New Delhi on February 5, 2020. Photo: PTI

The official announcement of the postponement of Modi’s visit was finally made by the Indian government on Monday evening.

Modi’s scheduled visit had led to protests on the streets and calls from the opposition to disinvite him following the Delhi riots in recent weeks. Therefore, the cancellation may be a bit of relief for New Delhi, concerned that street rallies during the trip would have cast a shadow on relations. There had also been simmering tension below the surface with Dhaka over the Citizenship (Amendment) Act-National Register of Citizens issue, with several high-level Bangladeshi officials from the foreign minister to the parliament speaker having postponed their trips to India at the last minute due to various reasons.

This is the second foreign visit of Modi’s this month that has been ostensibly cancelled due to abundant precaution over the spread of coronavirus. Earlier, the annual summit with European Union in Brussels was postponed to a “mutually convenient date”.

On Sunday, the Bangladesh government announced that the first coronavirus cases in the country had been detected. The first trio included two who had returned from Italy, and a relative of one of theirs.

Also read: With SC Set to Hear Petition, Killings at Bangladesh Border Back in Focus

At 10:45 pm local time, the chief coordinator of Bangabandhu Sheikh Mujibur Rahman Birth Centenary Celebration National Implementation Committee, Kamal Abdul Naser Chowdhury announced that the inauguration programme will be scaled down and foreign guests will not be in attendance.

The Daily Star reported that Kamal stated that the grand rally to inaugurate ‘Mujib Borsho’ would be held later and foreign guests, who were supposed to join the programme, would be invited again.

The decision was taken at a meeting in the prime minister’s office at Ganabhaban, which was attended by Prime Minister Sheikh Hasina and her sister Sheikh Rehana, the surviving daughters of Mujibur Rehman.

Speaking to reporters, foreign minister A.K. Abdul Momen said on Sunday, “The planned celebrations for the Mujib Year have been rearranged in view of the worldwide outbreak of coronavirus.”

“We will convey about the rearrangement of the planned opening of the celebrations to the foreign dignitaries, leaving it to them if they would come,” he added, according to PTI.

On Monday evening, MEA spokesperson Raveesh Kumar announced that Bangladesh had formally notified India that they will be deferring public events related to the centenary celebrations., including the large rally to be attended by Indian PM on March 17.

“In this context, Prime Minister’s visit to Bangladesh next week at the invitation of HE Prime Minister Sheikh Hasina is being deferred. While expressing understanding of the circumstances that necessitates this deferment, India is ready to work with Bangladesh, as partners, to combat the spread of this disease in our shared neighbourhood,” said Kumar.

He added that Bangladesh has advised that fresh dates for the commemorative events will be conveyed later.

The story has been updated to include the Government of India’s formal announcement.