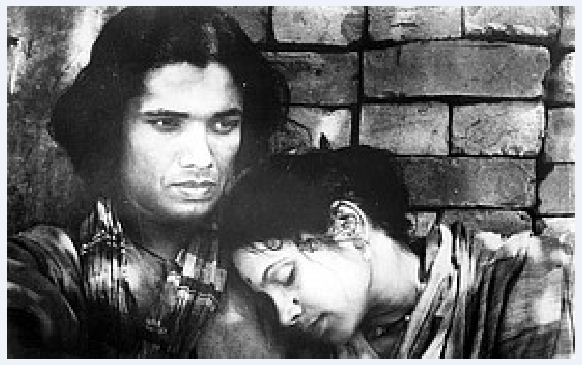 Mumbai: Just days before the inauguration of the Jio MAMI (Mumbai Academy of the Moving Images) festival on October 20, the organisers have withdrawn an old Pakistani art house film, Jaago Hua Savera ostensibly because of growing pressure on the industry to cut links with anything Pakistani. The festival, in its 18th year, is being sponsored by Reliance Jio.

The cancellation comes in the wake of an announcement by cinema owners that they would not allow the release of Ae Dil Hai Mushkil, a film by Karan Johar which has Pakistani actor Fawad Khan in it. “Given the current situation, the Jio MAMI 18th Mumbai Film Festival with Star has decided not to programme Jago Hua Savera as part of the Restored Classics Section,” said a press release. No further comment was forthcoming from the organisers.

A lot has changed between the years 1959 and 2016. But apparently not when it comes to Jago Hua Savera. Directed by A. J. Kardar, written by Faiz Ahmed Faiz, and featuring Indian actor Tripti Mishra and the Indian music director Timir Baran, Jago Hua Savera was an India-Pakistan co-production.

Inspired by the Italian neo-realist movement, Jago Hua Savera, a film on the lives of East Pakistani (now Bangladeshi) farmers eking out a living amid corrupt loan lenders, was set out to release in theatres of Pakistan in 1959. However, a few days before the film’s release, Pakistan’s military government, headed by General Ayub Khan, ordered the film’s producer, Nauman Taseer, to not screen the film. The reason had nothing to do with cinema, but with the fact that Faiz (the film’s screenwriter and lyricist), Mishra (the actress), and others involved with the film were seen as “communists”. (Faiz and Mishra were, in fact, once members of Indian People’s Theatre Association, a popular left-leaning cultural organization.) Now history has repeated itself with the film.

Jago Hua Savera ultimately suffered because politics entered the realm of arts. But it was 1959, literally a different time.

Nearly six decades later, the film has once again fallen prey to politics, this time in India. The film, which was restored a few years ago, was about to be screened at the Jio MAMI 18th Mumbai Film Festival with Star, in its restored classics section. However, on 15 October, following the September Uri attack, Prithvi Maske, the head of a non-governmental organization, Sangharsh Foundation, filed a complaint against the film being screened at the Mumbai Film Festival.

This complaint came close on the heels of ‘warnings’ by the Maharashtra Navnirman Sena that Pakistani actors must leave the country, though it was later found that none of them was in India at the time. It was followed by a decision by the Cinema Owners and Exhibitors Association of India’s to not screen Karan Johar’s Ae Dil Hai Mushkil in single screen theatres, as the film stars Fawad Khan, a Pakistani actor. Maske had earlier also filed a sedition case against actor Om Puri for his comment on Indian soldiers. Filmmakers, actors, or, in fact, films themselves, become soft and immediate targets, in matters of cross-border terrorism, in an environment of hyper nationalism. Priyanka Chopra has said that it was ‘unfair’ to target film artists on political issues.

This is also not the first time that there have been lawsuits that border on the frivolous against the film industry (Salman Khan for Bajrangi Bhaijan, Aamir Khan for PK, Ajay Devgn for Son of Sardar—no one’s been spared). MAMI, which has and one would have thought that the organisers of the Mumbai Film Festival would not pay any heed to this frivolous complaint, but they caved in. Jago Hua Savera was to have been one of the festival’s highlights. The weak stand of the organisers has disappointed film goers, which was reflected in social media comments.