As China's Pakistan Ties Deepen, India Needs a Strategy to Mitigate the Fallout

Much of what we have seen in the strengthened China-Pakistan alignment in the last decade is a reaction to the rise of India. 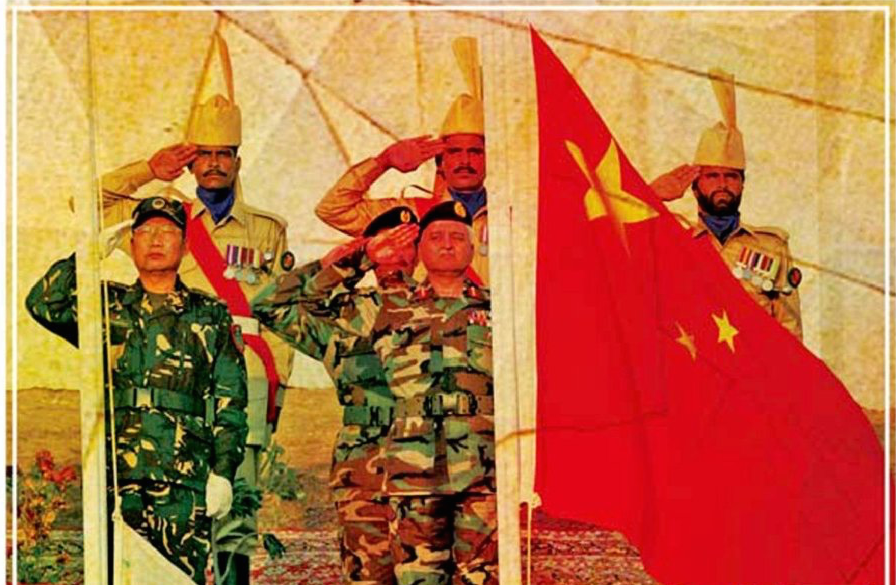 An embrace that has tightened as India’s economic and strategic weight has increased. Credit: Sana Nasir

Andrew Small, a former journalist who is now a fellow at the German Marshall Fund in the United States, has written a detailed and well researched book on a relationship that has received very little attention outside India, but is of increasing significance not just to India but to the region. This is the best account of what is probably the most special and purely strategic relationship in the world. Indeed, this is a book I would recommend to anyone interested in India’s foreign policy and future.

The book is full of interesting detail on a relationship that both protagonists have done their best to obfuscate, and that is of extreme sensitivity to Pakistan. The great issues are familiar to an Indian: China’s assistance to Pakistan’s nuclear weapon programme and its delivery systems; China’s intricate dealings with Afghanistan and the Taliban over the last 38 years, which are now increasingly independent of Pakistani mediation and preferences; China and Pakistan’s use of jehad; and, the interplay with other powers like India, Russia and the USA. The basic thesis of the book is that India is the strategic glue that holds the China-Pakistan relationship together. This has been constant since the mid-fifties, irrespective of changes in the strategic environment or internal condition and other shifting alignments of the two countries. As the book makes clear, China’s agenda in Pakistan, whether vis a vis India or Afghanistan, has been purely geopolitical. Even in the glory years of “to get rich is glorious” in China, China’s realpolitik has been apparent in Pakistan and Afghanistan. China’s policy has been driven by power political criteria, and economics has counted for very little.

In Afghanistan, China is the only country apart from Pakistan to have maintained a continuous and direct relationship with the top leadership of the Taliban. China stepped into the Afghan “reconciliation” process after 2011 when she was convinced that the US was really leaving and when she felt that chaos in Afghanistan might end up destabilising two places it cares about a great deal more: Pakistan and Xinjiang. At one stage, in 2013-14, China was talking to all those who had a role and interest in stabilising Afghanistan after the US withdrawal, then planned for December 2014, including conversations with India, trilaterally with the Russians and bilaterally as well. And China was not so concerned with Pakistani sensitivities as to keep them secret, announcing the talks via Xinhua.

Having seen since the late 1950s that China’s agenda was purely driven by realpolitik and by Pakistan’s utility against India, India was the one country never taken in by the US and Westerners who saw capitalism and markets leading inevitably to democracy and middle-class liberalism in China. It has also been clear that where realpolitik interests coincide, China is willing to work with India and others. At one stage in the 1990s, China was simultaneously in touch with the Taliban and arming Ahmed Shah Masood. But that calculation of her interest independent of Pakistan has been less and less evident in recent years.

Small has comprehensive chapters on the India factor in China-Pakistan relations from their inception, and on the changing nature of Pakistan’s reliance on China. These are worth reading for those who might have any illusions about the centrality of India to the formation of the relationship. But he also is nuanced enough to describe the limits of China’s commitment to Pakistan. Even when egged on by Kissinger to attack or at least threaten India militarily, and despite highest level Pakistani entreaties, the Chinese failed to move while Pakistan was broken into two in 1971. There have been, Small says, no defence treaties, security guarantees or serious preparations for joint military responses to different contingencies.

Twice, in 1974 when Bhutto suggested it to Zhou Enlai and in 2011 by Prime Minister Gilani after the US raid on Abbotabad to kill Bin Laden), China turned down Pakistan’s proposals for a defensive alliance. But none of this seems necessary when China has been willing to do for Pakistan what no other power has done for an ally: make available the material, technology, know how and delivery systems for Pakistan’s nuclear weapons, ensuring all the while that Pakistani missiles and the programme as a whole are regularly updated to keep pace with developments in the common strategic opponent, India. Small rightly calls this, “the ultimate gift from one state to another”.

Small says that China would like India and Pakistan to have a relationship of “managed mistrust”, a version of China’s own relationship with India.

What should concern India more than the history of close strategic alignment between our two largest neighbours is Small’s broader conclusion that China-Pakistan relations are today even more important to China than they ever have been before. As China seeks to shape the Asia-Pacific, Pakistan’s utility to her increases. “Now Pakistan is a central part of China’s transition from a regional power to a global one”, Small says. Pakistan is at the heart of the network of One-Belt-One Road, China’s strategic Marshall Plan; Karachi and Gwadar are critical for China’s take-off as a naval power; and, the ISI is vital to Chinese intelligence on jihadis and to China’s initiatives in the Islamic world. For Pakistan, China is the key to her future.

We have seen that increased Chinese commitment to Pakistan in several instances recently – including China re-hyphenating India and Pakistan in the Seoul meeting of the Nuclear Suppliers Group, the commitment to the China-Pakistan Economic Corridor, the prevention of the listing of Jaish-e-Mohammed chief Masood Azhar as a terrorist by the UN, and so on.

However, Small concludes, “all of this now hangs in the balance”. This may have been so when Small concluded writing in 2014 but seems less so today. For India the issue is two-fold: if Small is still right, how do we tilt the balance in the right direction; if he is not, how do we mitigate its effects. Can we actually tilt that balance? The history that Small recounts does not suggest we can. As he says, “regardless of any Indian quid pro quo, China’s policy sees a strong, capable Pakistan as an asset to China in its own right”.

My own sense is that matters between China and Pakistan no longer hang in the balance and that it is only the second question that we need to answer now – of how to mitigate the effects on India of their partnership.

What hangs in the balance today is the resilience, the longevity and the strength of the Pakistani state and army, of its polity and society. Here Small thinks that the Lal Masjid siege and recent events have resulted in an “irrevocable altering of the relationship between Pakistan’s military and its militants”. I am less sanguine and remain to be convinced, having heard of a fundamental change of heart about the jihadis in the Pakistan Army at least five times in the last decade and a half.

I am also less sure about the subtitle of the book: ‘Asia’s New Geopolitics’. I think this oversells the China-Pakistan relationship.

The new geopolitics in Asia is still primarily shaped by the global and regional powers. Pakistan is of less and less account as a regional power due to her steady decline over two decades. It is the US, Russia, China, India, Japan, Iran and others who shape local balances and the new geopolitics of Asia. China-Pakistan relations are a beneficiary of the new Asian geopolitics, not its shaper, and are not yet central to it, though China may like to make them so.

One criticism that I have heard of the book is that it lacks a central organising principle. For me, this lack of academic or methodological rigour is actually its strength. This is a study of a pragmatic and wholly opportunistic partnership. Absent an organising principle, the book is able to describe and analyse every significant aspect and development of the China-Pakistan partnership without having to explain away shifts and facts that do not match a theory.

The book is also worth reading for another reason. Much of what we have seen in the strengthened China-Pakistan alignment in the last decade is a reaction to the rise of India. As we face inevitable negative reactions from established powers to the rise of India in the future, this history has much to teach us in terms of how to anticipate and deal with them.

Shivshankar Menon was India’s National Security Adviser from 2010 to 2014. He was earlier India’s foreign secretary, its high commissioner to Pakistan and its ambassador to China.