While China reiterated India should relax restrictions on export of all protective medical equipment, India says that it needs the equipment too. 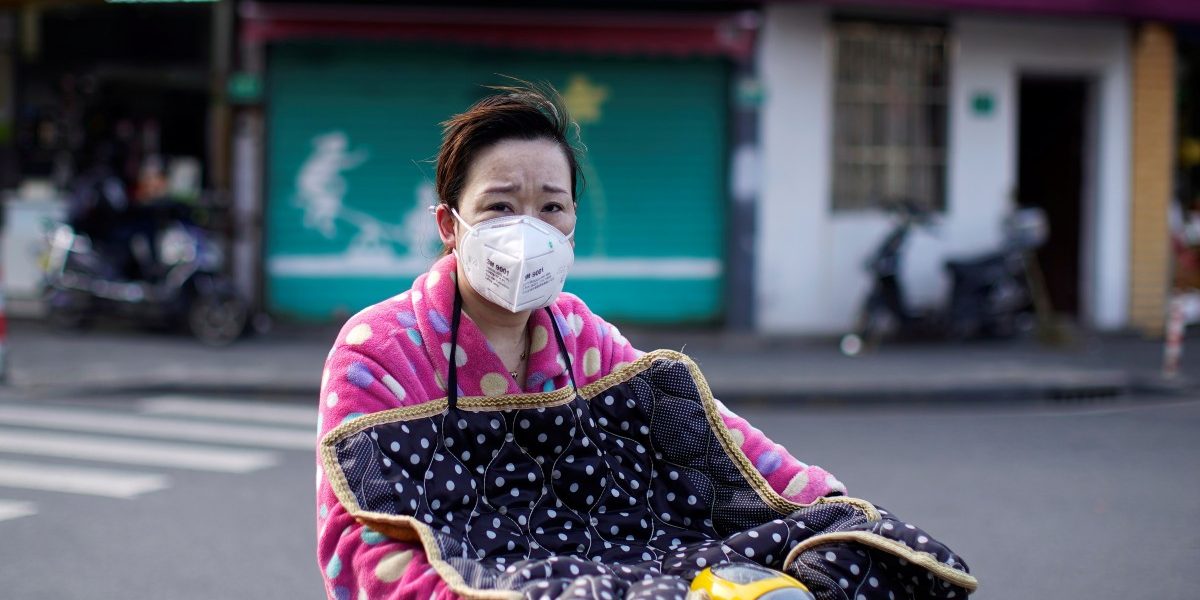 A woman wearing a mask is seen in downtown Shanghai, China, as the country is hit by an outbreak of a new coronavirus, February 23, 2020. Photo: Reuters/Aly Song

New Delhi: A day after a public diplomatic spat on delayed permission for the third evacuation flight for Indians in coronavirus-hit Wuhan, China on Sunday reiterated its demand that India should relax its export restrictions on medical equipment required by Chinese local authorities and medical workers.

On Saturday, Indian government sources had directly blamed China for not giving permission for the evacuation of its 100-odd citizens from Wuhan. India had proposed to send a military plane laden with medical supplies on February 20, which would then bring back the remaining nationals on the return flight.

Chinese embassy spokesperson Ji Rong had responded that while China was not delaying permission, “prevention and control of Covid-19 has entered into a critical stage” which requires further assessment of the ground situation.

Indian government sources had countered that three countries had been allowed to operate their evacuation flights during this “critical” period.

A day later, the Chinese embassy spokesperson Ji Rong issued a statement that the World Health Organisation has not recommended and even opposed any travel and trade restrictions. “It is hoped that the Indian side could review the epidemic situation in an objective, rational and calm manner, handle with China’s much-needed items in a cooperative and constructive way, and resume normal personnel exchanges and trade between our two countries as soon as possible,” she said.

The statement was framed as an answer to a question: “Chinese medical institutions, charity organisations and local authorities complain that the medical products they purchased which are most-needed in prevention of the epidemic in China are prohibited for export by the Indian side. What’s your comment?”

Chinese Ambassador Sun Weidong had made the same points at a press conference last Tuesday. “We hope the Indian side can review the epidemic situation in an objective, rational and calm manner, implement the two leaders’ instructions, handle China’s much-needed items in a humanitarian spirit, and resume normal personnel exchanges and trade between our two countries,” Sun told reporters on February 18.

Official sources said that the timing of the Chinese embassy spokesperson’s remark on Sunday was fuelling suspicion that Beijing was drawing a link between the export restrictions and the evacuation flight. “This would be very shocking,” said a senior official.

When asked for clarification on whether a link should be drawn between the two issues, diplomatic sources that there was “no link between two statements which address different topics”.

A couple of hours later, MEA spokesperson Raveesh Kumar responded to the Chinese embassy asserting that India had taken precautions “in accordance with the WHO’s advisory about the outbreak of Corona virus infection, which is a global public health emergency”.

Incidentally, this was the first time that the Indian government had given a public statement, since the remarks so far had been attributed to government sources.

“Some restrictions have been imposed on the export of certain medical equipment in view of the fact that these items are in short supply here too. Just like any other country, India with a billion plus population has the responsibility to take the necessary measures to combat the spread of the COVID-19 outbreak which if not properly managed can become a global risk,” Kumar said about China’s objections on export restrictions of medical items.

He claimed that the exemption on export of some items was due to India “responding to the needs of our Chinese friends”. “Further, PM Modi had written to President Xi and offered assistance in the hour of need.”

Bringing up the issue of permission for the third flight, the MEA spokesperson said, “In a humanitarian gesture of medical relief, a gift reflecting the solidarity of the people of India with the people of China, is expected to be delivered to Wuhan by a special flight. We have also called upon the Chinese authorities to allow Indian citizens and those of our neighbouring countries to return by the same flight. We hope that they will give it positive consideration.”

India had on January 31 put a ban on export of all personal protective equipment, anticipating a rise in domestic demand due to coronavirus. On February 8, the Directorate General of Foreign Trade lifted restrictions on gloves and surgical masks, but kept the ban on the industrial purpose N95 respirator masks.

According to the South China Morning Post, China’s National Development and Reform Commission official Cong Liang stated that the country, world’s largest producer of face masks, was currently operating at 76% capacity. This meant that China was producing 15.2 million masks daily, but demand is estimated to be between 50 and 60 million units, according to Chinese media reports citing mainland mask manufacturers, SCMP reported.

To meet the demand and bridge the shortage, the Chinese government has “adopted quasi-wartime rationing for masks to ensure adequate supply to medical staff, as reports of thefts, fakes and home-made masks have increased”, said the SCMP report.

The Economic Times had earlier reported that there are only two companies in India that manufacture these N95 respirator masks which had been largely aimed for industrial usage in Europe, the Middle East and the US.

The Safety Appliances Manufacturers Association had complained, ET reported, that the sudden export restrictions had impacted their export commitments made prior to the coronavirus outbreak and export orders received from corporate headquarters of MNCs since China has stopped supplying to the world market.