As China Expands Its Footprint, India Could Look at 'Congagement'

Concern about the disruption caused by China’s assumption that it can unilaterally claim authority over Asia’s sea lanes dominated talks at the recent Raisina Dialogue. 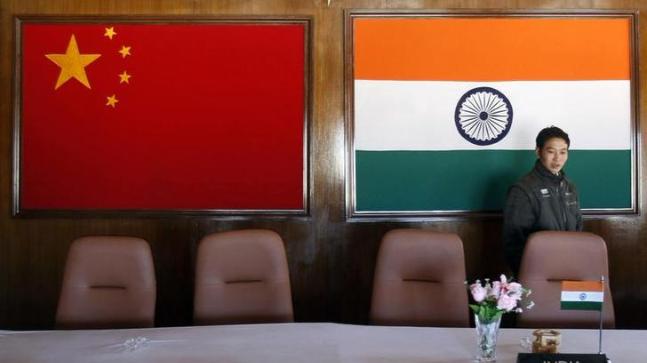 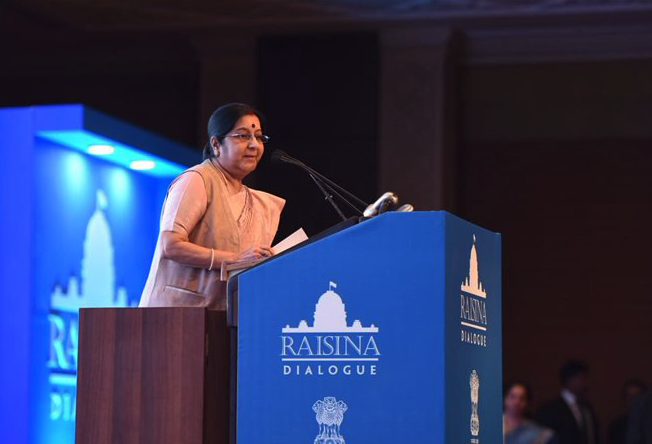 China is gradually moving to a position where it will play an increasingly dominant role in the world’s international affairs, disrupting established institutions and trade routes and building its own alternatives – and most of the rest of the world has little idea how to respond except to try to persuade it not to be too disruptive.

That is a broad-brush take from the Raisina Dialogue, a high level two-day conference on ‘Managing Disruptive Transitions’ that was held in Delhi last week by the Observer Research Foundation, one of India’s leading think- tanks, with the country’s foreign ministry.

In session after session, there was worry and consternation about the disruption caused both by China’s assumption that it can unilaterally claim authority over Asia’s sea lanes, and by its presence in the Indian Ocean and its spread of ports in the region and elsewhere.

“The Chinese already have a naval base in Djibouti and we’re aware of their base in Hambantota,” said Admiral Sunil Lanba, the Indian Navy’s chief of staff, referring to a Chinese naval base on the Horn of Africa and a port in Sri Lanka. “This is going to be the pattern for the future”. 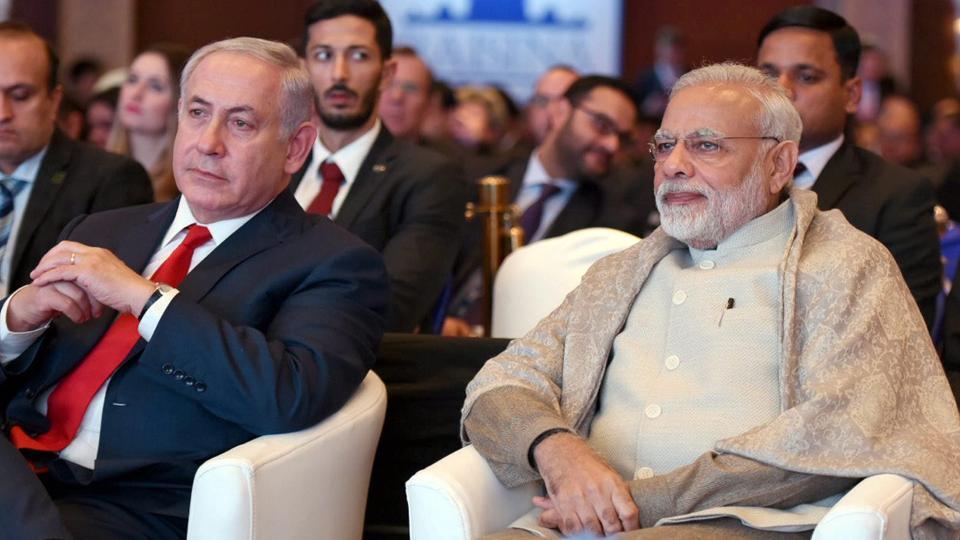 The US and India have boycotted the OBOR, which was dubbed “one belt one trap” by Theresa Fallon of the Brussels-based Centre for Russia Europe Studies. She cited the loss-making $1.3 billion Hambantota port that was built with Chinese bank loans and opened in 2010 but has little business. Sri Lanka has been unable to repay the debt and last July had to sign the port over to Beijing on a 99-year lease, a move that has been seen by critics as an invasion of sovereignty. There are fears of similar China takeovers elsewhere on the OBOR.

Vijay Gokhale, a senior Indian diplomat who becomes the country’s foreign secretary at the end of this month, pinpointed the worries. At the start of a session called ‘Contested Connectivity’, he posed a series of questions that assumed negative answers: “Is the process demand-driven? Is the process consultative? Does the process allow for fair and open competition? Does the process build on multilateral frameworks that already exist and is the process consonant with principles of sovereignty and territorial integrity?”

Gokhale advocated fair and open competition for construction contracts – a point that stems from China insisting that most of the OBOR work is carried out by Chinese companies, which restricts the benefit for the host countries.

There was a hint that American private sector companies welcome the OBOR because of the increased trade that it will generate, filling a vast multi-billion dollar gap in infrastructure funding. Nisha Biswal, a former US State Department diplomat who now heads the US-India Business Council, said the question should be how all societies would benefit from increased connectivity “serving the interests of the many”.

For India, the other key issue at the conference was cross-border terrorism from China’s ally Pakistan, which linked with general concern at the conference about growing terror worldwide. India’s external affairs minister Sushma Swaraj called terrorism “the mother of all disruptions”.

Well-connected experts speculated whether President Donald Trump’s recent confrontational suspension of US aid and security assistance to Pakistan would worsen rather than curb the Pakistani army’s and intelligence service’s support for international terrorist organisations. China is stepping into the aid and power vacuum left by the US and some people hoped privately that it would restrain Pakistan because it would not want an escalation of terrorism from what India’s foreign secretary, Subrahmanyam Jaishankar, neatly dubbed “ungoverned spaces”. 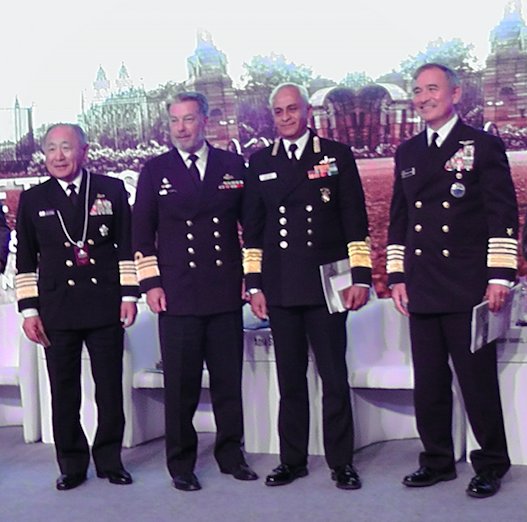 Navy chiefs from the four “Quad” countries – Japan,  Australia, India and the US. Credit: Twitter

There was plenty of experience, clout and brains at the conference, including navy chiefs from the four “Quad” countries – Japan,  Australia, India and the US – that have formed an alternative (containment) grouping to China’s OBOR, plus army chiefs from India and the UK. Foreign, defence and security ministers and their deputies from Iran, Russia, Poland, Hungary, Australia, Singapore, the US and India mixed with a galaxy of ambassadors past and present.

Then there were former leaders and officials, including former Afghanistan president Hamid Karzai, and retired US general David Petraeus. And, of course, there were think-tankers galore populating the extended days – breakfast sessions started at 9 am and night-caps “over kahwa” (Kashmiri tea) ran till 10:30 pm.

As so often happens at such gatherings, the discussions were, for many people, an end in themselves. “I think we identified the issues well” was a typical refrain.

None of this stellar roll call of international experts had any real solutions. When I put that at the end of the conference to Zalmay Khalilzad, a veteran former US ambassador, he advocated “congagement”, which he wrote about earlier this year. China should be “engaged” and encouraged to participate in existing institutions, laws and treaties. At the same time, countries concerned about China’s expansionism should try to “contain” its reach with fresh alliances and alignments. He acknowledged that the advent of China’s President Xi Jinping meant that the balance needed to be increasingly tilted towards containment.

The gradualist engagement approach was implicitly condemned just as the conference ended by Trump’s administration, which criticised the terms on which the US had supported China entering the World Trade Organisation in 2001. Those terms had “proven to be ineffective in securing China’s embrace of an open, market-orientated trade regime”. Trump told Reuters earlier in the week that he was considering a big “fine” against Beijing for forcing US companies to transfer their intellectual property to China if they wanted to do business there. 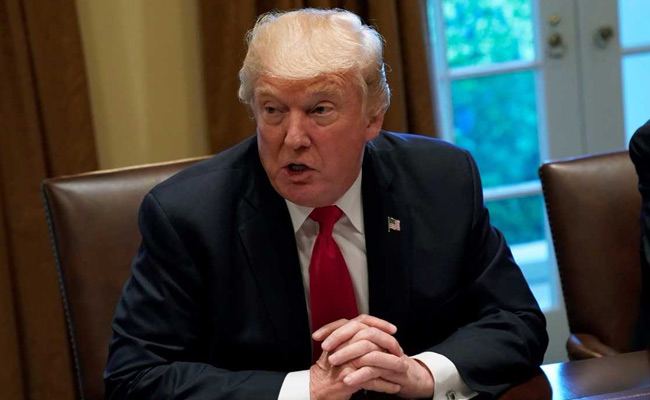 Some of the best sense was talked by visitors from two countries in China’s immediate arc of influence. Patti Djalal, a former Indonesian ambassador to the US and one of the most practical of the think-tank speakers, said that China’s rise could not be checked, so it needed to be accommodated peacefully with the country being engaged strategically.

That meant finding a way to present the US-Australia-Japan-India “Quad” not as a rival or adversarial response to China’s OBOR (which is what has been done), but as a co-operative connectivity plan.

There was, said Djalal, a “paucity of ideas” about how to move to the next level on China. “Strategic ego” was a stumbling block – when China offered the OBOR, the US wouldn’t join in because joining would be accepting China’s leadership. “On the one hand, we need regional architecture. On the other, major powers can’t make that strategic leap”.

Australia’s navy chief, Vice Admiral Tim Barrett, warned against a lack of direction and co-ordination: “There’s a plethora of fora. An emphasis on info-sharing. A multitude of exercises, most relatively simple”. But, he warned, “an abundance of arrangements, poorly managed or not aligned, produces dilution of practical outcomes.”

India’s current and future foreign secretaries, both former ambassadors in Beijing, took a broader view and even saw some benefit in China’s rise. S. Jaishankar, who gives up the post of foreign secretary at the end of this month, acknowledged: “We need to have a balanced view. Certainly, for India, in some ways China has been a motivator and an example”. 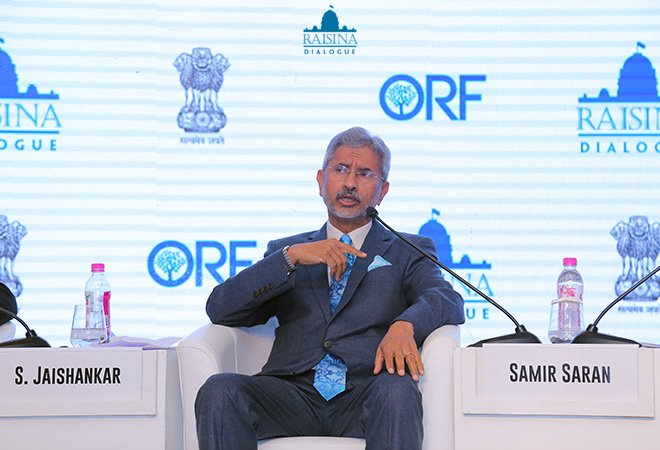 But, he warned that China’s emergence was not just that of another world power but of a “very different power” that was “challenging the international order”.

Gokhale saw the 21st century as a “tipping point” in history with the re-emergence of India and China as the world’s globally large economies. Without mentioning China or the OBOR, he put them in a historical perspective, saying that connectivity had been a “hot topic” for centuries with the Roman Empire, the Suez Canal and the sea routes of the Portuguese and Spanish all benefitting certain civilisations and countries.

Finally, he asked rhetorically: “What is the rest of the world going to do to ensure that there is a certain rule setting, and that rule setting globally is not disrupted because any one country or any group of countries decides it has its own set of rules and then proceeds regardless”.

He didn’t, of course, get an answer, but at least the questions had been asked.

This article was first published on Riding The Elephant. Read the original article here.