With the Release of an Official Document, China Ups the Ante Again on Doklam

While acknowledging that India has reduced troops at Doklam, China has released a 15-page document on the current stand off. 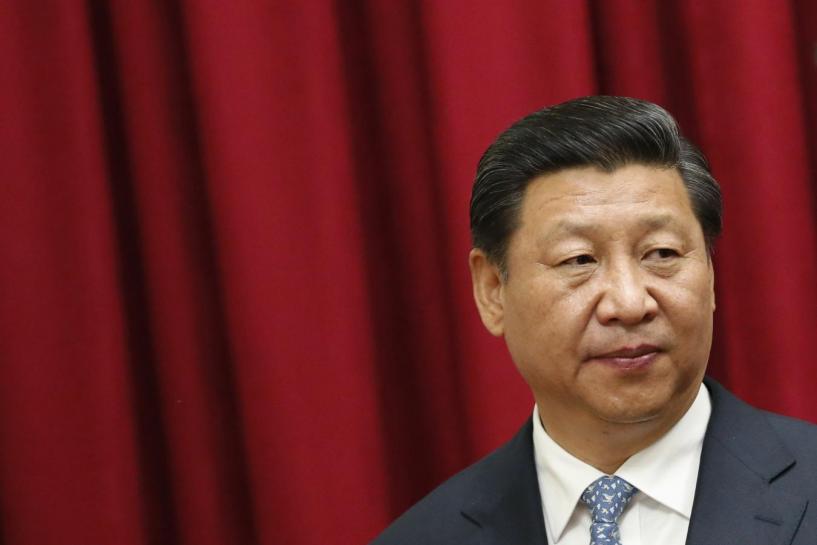 New Delhi: On Wednesday, China not only demanded that Indian troops withdraw immediately from the Doklam region but also that India should conduct a “thorough” probe into the “illegal trespass”. This call came even as Beijing acknowledged that Indian troop numbers around Doklam had drastically dropped, in a 15-page document released by the Chinese foreign ministry on Wednesday.

This is the first such formal paper issued by Beijing since the start of the stand-off in mid-June. There has been a slew of statements over the last six weeks from the Chinese foreign and defence ministries, but the Chinese government has not issued a detailed note like this paper before.

The document, published in English and Chinese, had eight pages of notes and a seven-page appendix. It has a mouthful of a title: ‘The Facts and China’s Position Concerning the Indian Border Troops’ Crossing of the China-India Boundary in the Sikkim Sector into the Chinese Territory’. The document release was accompanied by separate statements from the Chinese foreign ministry spokesperson and multiple reports in the country’s state media.

The last time that Chinese foreign ministry spokesperson issued Doklam related stand alone statement was on June 2, when China broke the news of the stand-off. China has been very proactive in its public diplomacy over the Doklam stand-off, with the the embassy in Delhi also releasing a video statement last month.

China has been very proactive in its public diplomacy over the Doklam stand-off, with the the embassy in Delhi also releasing a video statement last month.

At the time of writing this article, Indian foreign ministry spokesperson Gopal Baglay had not given a point-by-point rebuttal of the Chinese document, but rather waved towards the direction of the India’s previous statement. “India’s position on this issue and related facts have been articulated in our press statement of June 30, 2017,” he said, not responding in kind to the diplomatic rhetoric from China.

While most of the arguments put forth in the Chinese document have been regurgitated from older Chinese foreign ministry statements, there were some new elements. For example, the call for a probe by Indian authorities into the reason for the “illegal trespass” is new. To quote at length:

“The Chinese side urges the Indian government to keep in mind the larger interest of bilateral relations and the well-being of the two peoples, abide by the 1890 Convention and the delimited China-India boundary established therein, respect China’s territorial sovereignty, observe the Five Principles of Peaceful Coexistence and other basic principles of international law and basic norms governing international relations, immediately withdraw its trespassing border troops back to the Indian side of the boundary and conduct a thorough investigation into the illegal trespass so as to swiftly and appropriately resolve the incident and restore peace and tranquillity to the border area between the two countries.”

The Chinese side also asserted that Indian troops had crossed the border from Sikkim on June 18, two days after the building of a road had commenced in the Dong Lang area (the Bhutanese describe this area as Doklam). They said that the 270 armed Indian troops and bulldozers “advanced more than 100 meters into Chinese territory to obstruct the road building of the Chinese side, causing tension in the area”.

Curiously, China also goes on to assert that Indian troop levels have come down lately at the stand-off. “In addition to the two bulldozers, the trespassing Indian border troops, reaching as many as over 400 people at one point, have put up three tents and advanced over 180 meters into the Chinese territory. As of the end of July, there were still over 40 Indian border troops and one bulldozer illegally staying in the Chinese territory”.

This tidbit in the Chinese ‘factsheet’ has been disputed by sources in India’s defence ministry, who instead asserted that troop numbers have remained unchanged.

Quoting “Indian sources”, NDTV reported that both sides had approximately 400 soldiers stationed at a ‘turning point’ on the Doklam plateau. However, defence analyst Ajai Shukla wrote in his blog that both China and India had brought down the number of soldiers involved in the stand-off, which he interpreted as a sign of de-escalation.

The Chinese official document also alleges that India had been “notified” ahead of the road-building exercise. “China did not cross the boundary in its road building, and it notified India in advance in full reflection of China’s goodwill”. There has, however, not been any response on this point from Indian officials. The Chinese side also repeated that the Sikkim sector had been “delimited” by the 1890 convention and “reaffirmed by the both the Chinese and Indian side”.

In its lengthy appendix, the document listed four documents to buttress its position. This included three letters from India sent in 1959 and 1960; they have been mentioned earlier by Chinese foreign ministry spokespersons. However, a fourth document that has been mentioned for the first time seems to be a non-paper presented by the Indian side on May 10, 2006, through special representatives working on China-India boundary questions. A single line has been quoted from it: “e) Both sides agree on the boundary alignment in the Sikkim Sector”.

The Chinese document seems to have responded to this argument by pointing out that India and China may need a new agreement as neither was an original signatory of the 1890 convention. However, the document asserted that it did not mean that the Sikkim boundary had not already been drawn in the 19th century.

India’s former ambassador to China, Ashok Kantha, said that any claim that an ‘early harvest’ in the Sikkim sector “would involve formalising the 1890 Convention through a new boundary convention is fictitious”.

“There are well-known differences on the tri-junction point (the Chinese need go no further than comparing depiction of the tri-junction in the maps of Bhutan and India with what is shown in their own maps) and on the interpretation of the watershed in northern and eastern Sikkim,” he told The Wire. He also pointed out that India and China had had serious clashes in Nathu La in September 1967 due to these differences. 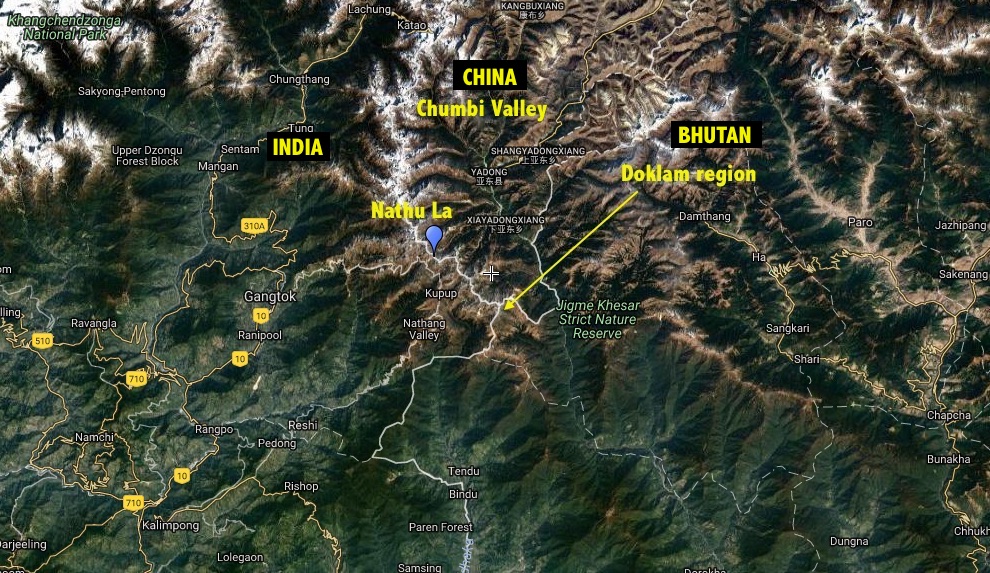 The Chinese document remains silent on two issues related to the Doklam stand-off, issues raised by India. New Delhi had pointed out that the 2012 meeting of the special representatives had reached an understanding that all three countries at a boundary tri-junction would be involved in determining the boundary. Until then, the status quo could not be changed.

Second, there was no reference to the Bhutanese foreign ministry’s statement issued on June 29, which lodged a protest on the presence of Chinese troops and claimed that Beijing had violated the 1988 and 1998 agreements on the maintenance of status-quo.

At the same time, China claimed that India had no “right to make territorial claims on Bhutan’s behalf”. “India’s intrusion into Chinese territory under the pretext of Bhutan has not only violated China’s territorial sovereignty but also challenged Bhutan’s sovereignty and independence,” the document said, adding that Beijing will continue to work with Bhutan to resolve the boundary “in the absence of external interference”.

According to Claude Arpi, a French author and an expert on Himalayan studies, China has “internal compulsions to keep the issue alive”. “A big meeting is coming up at a sea resort [in] Beidaihe [a district in Hebei province] soon for the leadership change in November,” he said, indicating that there was no likelihood of change in the Chinese position as a result.

On July 31, Chinese President Xi Jinping had said that the country will not allow the loss of “any part” of its territory. He was making a speech to mark 90 years of the foundation of the People’s Liberation Army – an event which that was also commemorated by the Chinese embassy in Delhi and attended by Indian government officials.

Chinese foreign ministry spokesperson Geng Shuang claimed that the publication of the factsheet showed that China was not only “committed” to defending its territorial sovereignty but also safeguarding the principles of international law. “The Chinese side is convinced that the right cannot be wronged and justice will prevail,” he said.

On the same day as the release of the document, the Chinese foreign ministry also provided details of the meeting between India’s National Security Advisor (NSA) Ajit Doval and China’s state councillor Yang Jiechi on July 28, for the first time. The NSA had been in China to attend a BRICS-related meeting.

Confirming that Doklam standoff was discussed at the meeting, the Chinese foreign ministry told PTI that Jiechi reiterated “China’s stern position” of immediate withdrawal of Indian troops “with no strings attached and resolve the current incident with concrete actions”.

Last week, external affairs minister Sushma Swaraj had told Indian parliament that the best solution to the current crisis would be for both sides to pull back their troops from Doklam.

Describing India and China as the “world’s largest developing countries”, the document asserted that Beijing “always values the growth of good-neighbourly and friendly relations with India and is committed to maintaining peace and tranquility in the border area between the two countries”. This would be serve as the “fundamental interests” of both countries, as well as the, “the shared expectations countries in the region and the wider international community”.

This reference to global expectations was probably an allusion to India’s mention of the so-called Astana principles drawn up during the meeting of Indian Prime Minister Narendra Modi and Xi on June 9. India had repeatedly referred to the four points, but there has been no direct reference from Beijing to that discussion in the current stand-off.