While Bhutan's statement notably acknowledges India as a part of the dispute, it does not, unlike earlier, mention that China's road construction was “inside Bhutanese territory.” 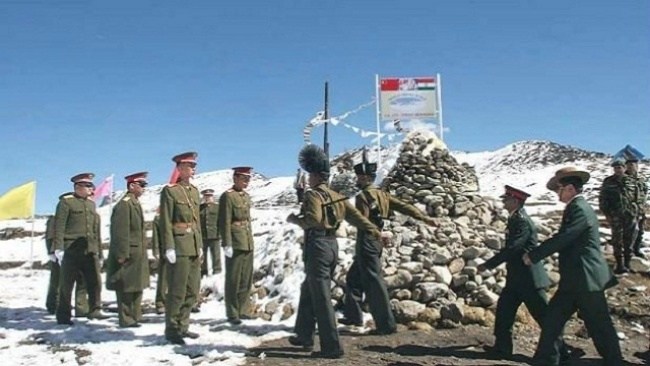 Out of the statements issued by all three countries, Bhutan is the only one to use the term ‘status quo’ in its statement. Credit: PTI

New Delhi: A day after Indian and Chinese soldiers pulled out of Doklam – the trijunction area disputed between Bhutan and China – Thimphu welcomed the “disengagement” while Beijing implied it had stopped its road building efforts due to “weather and other factors” for now.

“Bhutan welcomes the disengagement by the two sides at the face-off site in the Doklam area. We hope this contributes to the maintenance of peace and tranquillity and status quo along the borders of Bhutan, China and India in keeping with the existing agreements between the respective countries,” stated the press release issued by the Bhutan foreign ministry on Tuesday, August 29.

This was only the second public statement from the Bhutan government in the nine-week-long stand-off at Doklam. The first was on June 29, when its foreign ministry issued a more expansive statement. Bhutan’s silence during this period was especially remarkable given that the small mountain kingdom found itself the subject of a media campaign waged from Beijing against India.

A comparison of the two Bhutanese statements indicates subtle differences in emphasis. In the new statement, Bhutan acknowledges that India is part of the dispute, while the June 29 press release made no mention of India even though the Indian side said its soldiers had moved in across the frontier to assist the Bhutanese forces. This could mean Bhutan is now publicly acknowledging that India has a role in the trijunction. Indian concerns were triggered by Chinese road building in Doklam, which New Delhi asserted had “security implications”. Till now, China has claimed that India had no role to play in the Doklam area as the Sikkim border had been settled as per the 1890 convention.

Out of the statements issued by all three countries in the past two days, Bhutan is the only one to use the term ‘status quo’. In its first statement, Bhutan had hoped that the “status quo in the Doklam area will be maintained as before June 16, 2017”, the date Thimphu’s press release said Chinese soldiers began building their road.

However, the reference to ‘status quo’ on Tuesday by Bhutan is only in connection with the “borders of Bhutan, China and India in keeping with the existing agreements between the respective countries”.

Ashok Kantha, former Indian ambassador to China and director of Institute of Chinese Studies, said that the mention of “existing agreements” by Bhutan was noteworthy. “Both India and Bhutan have emphasised existing agreements, which for us include the agreed minutes [between the special representatives of India and China] of 2012, and for Bhutan, the agreements of 1988 and 1998 enjoining China and Bhutan to maintain status quo as of March 1959,” he said.

This reiteration was interesting as “the June 29 statement by the Royal Government of Bhutan says road construction was in direct violation of these understandings”.

“It is significant that Bhutan has reiterated its position when the Chinese are reaffirming its alleged sovereignty over Doklam,” Kantha said

At the same time, perhaps as a reflection of the fact that the standoff had ended, the latest Bhutanese statement is much less strongly-worded than the first one.

“Bhutan has conveyed to the Chinese side, both on the ground and through the diplomatic channel, that the construction of the road inside Bhutanese territory is a direct violation of the agreements and affects the process of demarcating the boundary between our two countries,” said the Bhutanese foreign ministry’s June 29 press release.

By contrast, Bhutan’s new statement makes no mention of the road construction or the claim that it was “inside Bhutanese territory”.

Former Indian envoy and an expert on Himalayan affairs, Phunchok Stobdan described Tuesday’s Bhutanese statement as “rather concise but intriguing”.

“The subtle change of omitting Bhutan’s earlier positioning statement of objecting to China’s building of a road ‘inside Bhutanese territory’ as a violation of the 1988 and 1998 written agreements could either be deliberate or part of the deal not to refer to road construction at all – which is also apparently akin to the Chinese statement that does not refer to road building,” he said.

Stobdan also pointed out that the mention of India was certainly supportive of New Delhi’s position. “The reference to the maintenance of peace and tranquility and status quo along the borders of ‘Bhutan, China and India’ in keeping with the existing agreements between the respective countries surely goes not only in favour of the Indian position but acknowledges India’s right to intervene in the dispute in future”.

Stobdan, who is a senior fellow at the Institute for Defence Studies and Analyses, believes that this means Bhutan is shifting the emphasis away from its bilateral dispute with China over Doklam and focussing instead on the importance of the trijunction area being properly managed. “But in going from a bilateral to a trilateral framework, does it mean Thimphu wants to wriggle out of the Doklam dispute itself?”

The Bhutanese newspaper’s editor-in-chief Tenzing Lamsang noted that the Bhutanese statement was cautious for a reason. “Bhutan would not want to even remotely rock the face-saver boat India and China are currently on. But does mention ‘status quo’ which is important,” he tweeted.

Meanwhile, China provided a bit more clarity on its road-building in Doklam, which had led to the start of the current crisis in mid-June. The two Indian statements on Monday had also not mentioned whether China had rolled back its road construction plans.

At her daily briefing on Tuesday, the Chinese foreign ministry spokesperson Hua Chunying first carefully skirted around the question of a pull-out by Chinese troops. “The Chinese side has indicated that the Indian border personnel and equipment have all withdrawn from the border side of the Indian side, [and] the Chinese border guards continue to patrol the area,” she reiterated.

India had stated on Monday that the disengagement was by the border personnel of “India and China”, which was an unambiguous statement that soldiers from both countries had left the confrontation venue.

Asked specifically whether the road construction had been stopped, Hua said that China had been “long” involved in road construction in Doklam area in order to improve “living conditions” and ramp up local military instruction. Then, she added:

“Taking into account various factors like the weather, we will make proper building plans in light of the actual situation.”

This was certainly as clear an indication as any that China had stopped the road construction for now – the cause of its initial confrontation with Bhutan and then India. But not only is Beijing providing no public commitment that it will not resume road construction at a later date, Hua’s remarks seem designed to suggest “proper building plans” may yet be implemented.

According to PTI, external affairs minister called up former prime minister Manmohan Singh, Congress president Sonia Gandhi and the party’s top two leaders in the Rajya Sabha, Ghulam Nabi Azad and Anand Sharma to brief them on the latest developments.

The news agency quoted unnamed sources as confirming that foreign secretary S. Jaishankar “also called up Sharma separately and informed him about the current status and the easing of border tensions at Doklam.”

The Congress, meanwhile, welcomed India and China’s decision to pull back their soldiers. “This understanding that has been reached is a positive development which we support,” Sharma said.

PTI reported that Swaraj had also talked to other opposition leaders about the Doklam developments. “CPI leader D. Raja welcomed India and China agreeing to ‘expeditious disengagement’ of troops, saying the move “is in the interest of the two countries”, the news agency said.