Sorry, India, This is Not the Way to Help the People of Balochistan

By moving Balochistan centre-stage as a pawn in the larger strategic game between India and Pakistan, Modi is not showing concern for human rights violations but engaging in pure realpolitik. With unknown consequences. 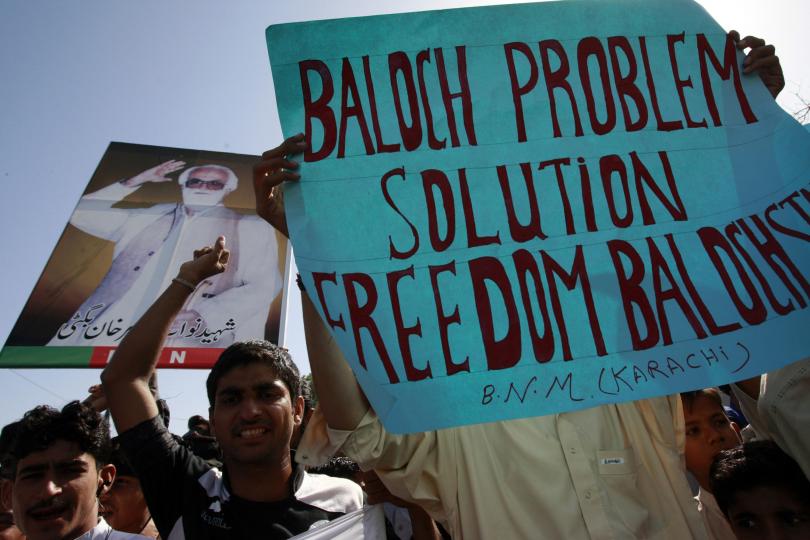 Rivalry between India and Pakistan is not a new thing. Their bilateral history is replete with contesting historical narratives. Since 1947, the two neighbours have fought four conventional wars and numerous skirmishes. Recently, their rivalry took a new turn with competing claims about each other’s domestic victims. It is now a question of who kills more brutally – Kashmir versus Balochistan. The new game in town is to cover up one’s own atrocities  by highlighting the brutality of the other. Or as a Pakistani friend, Salma Jaffar from Quetta, tweeted recently: “Pakistan and India will sandwich Kashmir and Balochistan so that they are not answerable for their atrocities in either [territory]”.

Sadly, these two states, their security establishments and communities, and segments of population have lost their sensitivity to brutality and internal tragedies. Thus an Indian was quick in responding to the above tweet with a reminder of how Pakistan was worse off for using F-16s and other major weapon systems against its own people. For him, the use of pellet guns in Kashmir and its cost to people’s lives there was, comparatively speaking, a lesser crime.

It is sad that Prime Minister Narendra Modi of India is issuing statements about Pakistan’s atrocities in Balochistan while being oblivious to an entire new generation of disgruntled youth in the Kashmir valley that has stood up yet again to counter state brutality. Equally tragic is Nawaz Sharif’s declaration dedicating Pakistan’s national day, August 14, to the Kashmiris when, just three days ago, over 70 people lost their lives in Balochistan to a cruel terrorist attack.

It is as if being born from the same womb has made the two states identically insensitive towards their people similar.

At the same time, there is no getting away from the fact that Balochistan vs Kashmir adds a new dimension to the existing bilateral conflict and represents a new upping of the ante in the almost 70-year-old Cold War between the two neighbours.

On August 12, India’s prime minister accused Pakistan of human rights violations in Balochistan and fomenting trouble on the Indian side of Kashmir. He followed this up with similar references in his August 15 independence day speech. Such pronouncements – indicative of a new war game the two neighbours may now be engaged in – are not likely to be forgotten and ignored on other side of the border.

Modi’s mention of Balochistan in his speeches indicates something more serious – moving Balochistan centre-stage as a pawn in the larger strategic game between the two rivals. This is not concern for human rights atrocities but pure realpolitik. The Indian prime minister probably needs to obfuscate the reality of India’s human rights violations in Kashmir, which are likely to increase. Or use Pakistan’s internal issue to negotiate relief in Kashmir. The new spate of violence in the Kashmir Valley is likely to get prolonged as New Delhi interprets the uprising mainly as an external job. Indeed, the Pakistan-based Lashkar-e-Tayyaba/Jamaat-ud-Dawwa (LeT/JuD) network aims to export about 2000 fighters into the Valley with the intent and resources to challenge India’s military might deployed in the territory. There is also the threat of the Islamic State (IS) finding sympathisers in the valley. But the more that the Indian government avoids out of the box thinking on how to solve the issue, the more complex and prolonged will the matter get – which is the Pakistani military’s wish come true. Rawalpindi may not have the capacity to do another Kargil but the Kashmir uprising turning Palestinian intifada-like is considered a preferred option. Indeed, the images of bullet-riddled bodies and faces in the media are what Rawalpindi and its JuD allies hope for. At least in the short to medium term, this will turn India’s promising image around the world on its head.

Instead of finding a long term solution to the issue, Modi seems ready to play Rawalpindi’s game. Conscious of the ongoing tension between Islamabad and Kabul, or even between Pakistan and the US over Afghanistan’s future, New Delhi seems ready to turn on the heat in Balochistan. Pakistan’s generals talked about India’s hand in the recent terrorist attack in Quetta that killed over 70 lawyers and injured more than a hundred. According to Lt. General Amir Riaz,  commander of Pakistan’s southern command, India’s R&AW has launched an unconventional war against Pakistan.

Not that the army hasn’t earlier been suspicious of India’s involvement in Balochistan. For years, Islamabad depended upon friendly foreign experts to voice and endorse its reservations. Although it was never able to bring a convincing case in front of the international community and media regarding Indian involvement, Rawalpindi believes that having caught an alleged R&AW spy in Balochistan, Kulbhushan Jadhav, earlier this year, it now has a credible case. And thus Pakistan is no more the lone perpetrator of violence and terrorism in the region.

Pakistan’s establishment does not see Kashmir and Balochistan from the same lens except for the latter being evidence of India’s intent to hurt its neighbour. Anyone in Pakistan even accidentally making a comparison between the two peoples is immediately snubbed and branded a foreign agent. Furthermore, it is argued that the two cases are not comparable since Kashmir is recognised as an international dispute by the UN, while Balochistan does not have that status.

Islamabad’s main concern is to ensure that Balochistan does not reprise for it the tragedy of former East Pakistan. Although the recent cycle of conflict between Pakistan’s military and the Baloch nationalists dates back to General Musharraf’s years, it is in recent years that there has been a clamp down in the rest of Pakistan on any mention of state atrocities in the province or the suffering of the Baloch people. There is an almost absolute media blackout. Barring the English newspaper Dawn, all other media groups censor writings or discussion on the subject. With Modi seemingly taking up the case, the situation is likely to worsen for the ordinary people in the province – and for Pakistanis sympathising with the human rights dimension of the Baloch issue.

The Baloch may have fought various wars against the Pakistani state but they don’t have a demonstrable capacity to control the entire southwestern territory, or the ability to secede from Pakistan. Can this happen with external help? Modi may not have the intention or the ability to break Pakistan but he is definitely interested in raising the stakes. The calculus of internal conflict in Balochistan is very different from what happened in 1971 in former East Pakistan. The ethnic divide in Balochistan and the fostering on its territory of various types of militant organisations is viewed by the establishment as insulation against aggressive foreign intervention or manipulation of locals by foreign forces. For the military, the biggest concern is not about people but about the China-Pakistan Economic Corridor (CPEC) that army chief General Raheel Shareef has vowed to protect at all costs. This already means greater military engagement in the province’s territory.

There will certainly be increased bickering in the coming days. However, the greater concern is not what the two rivals can do to each other but the manner in which they will weaken their societies. In the urge to strengthen their respective responses, the two states will brandish greater patriotism, in the process engendering an ideological-nationalist madness that will damage both countries. This new phase of subcontinental rivalry will exact a high price from the people.