At Afghan Aid Meet, India Says UN Should Get Full Access So it Can Assuage Donor Concerns

“Once relief materials reach that country, the world will naturally expect a non-discriminatory distribution of humanitarian assistance across all sections of the Afghan society. Only the United Nations has the capacity to monitor such endeavours and reassure donors,” Jaishankar said. 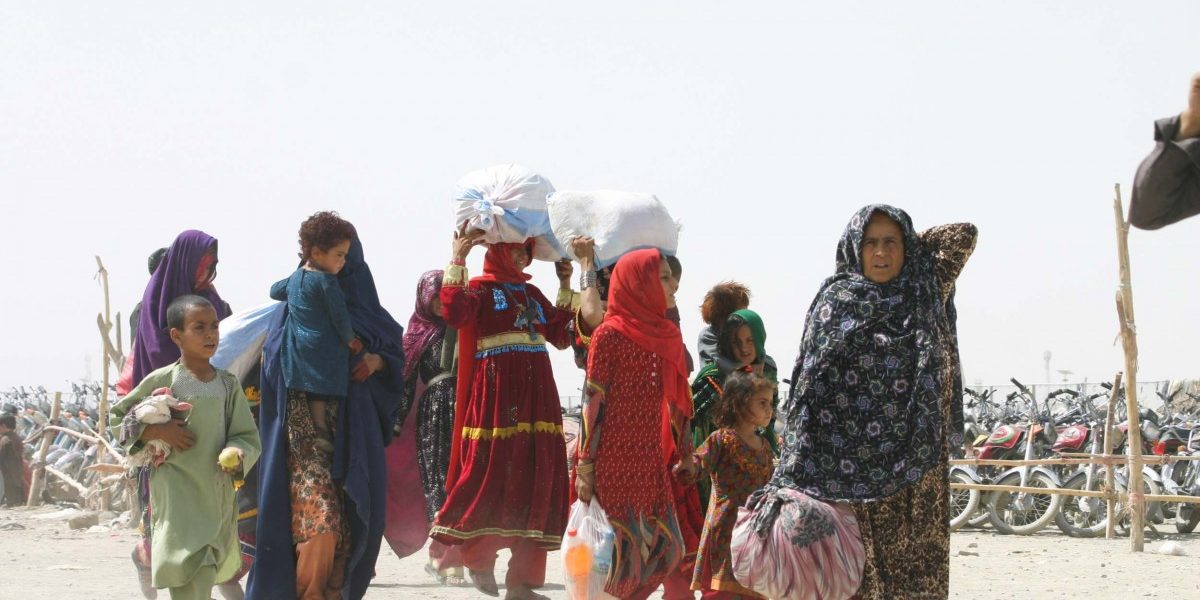 People from Afghanistan walk with their belongings as they cross into Pakistan at the 'Friendship Gate' crossing point, in the Pakistan-Afghanistan border town of Chaman, Pakistan, September 7, 2021. Photo: Reuters/Saeed Ali Achakzai

New Delhi: India on Monday said that the world will “step forward” to help Afghanistan once the United Nations can assuage the “legitimate concerns” of donors that international aid will be dispersed in a “non-discriminatory” manner across Afghan society.

This was stated by the Indian external affairs minister, S. Jaishankar, in a virtual intervention during the high-level ministerial conference on the humanitarian situation in Afghanistan.

Speaking after the conference, UN secretary general Antonio Guterres said that more than $1 billion in new humanitarian assistance pledges had been made by the international community.

In his address, Jaishankar did not announce any new assistance for Afghanistan. However, he recounted that India invested more than $3 billion in over 500 development projects.

There had been rising alarm that continuing political and economic instability will lead to a complete collapse of state capacity in Afghanistan, which is already in intensive care since the Afghan republic disintegrated and the Taliban walked into Kabul on August 15.

The Indian minister pointed to the latest appraisal by UNDP, which assessed that there was an imminent threat of more than 97% of Afghanistan’s population falling below the poverty line. Such a drastic rise in poverty levels would have  “catastrophic consequences” for regional stability, opined Jaishankar.

“Today, I wish to underline that in the face of a grave emerging situation, India is willing to stand by the Afghan people, just as in the past. To ensure that this happened speedily and effectively, we believe that the international community must come together to create the best possible enabling environment,” he said.

Stating that logistics were a major challenge, he asserted that humanitarian assistance providers should be given unimpeded, unrestricted and direct access to Afghanistan.

“Once relief materials reach that country, the world will naturally expect a non-discriminatory distribution of humanitarian assistance across all sections of the Afghan society. Only the United Nations has the capacity to monitor such endeavours and reassure donors,” he said.

The UN’s presence in monitoring the proper distribution of aid was essential for flow of aid from the international community, Jaishankar added. “As the picture becomes clear in respect of the legitimate concerns, I am confident that the world will step forward and assist the Afghan people in their hour of need,” he stated.

Jaishankar also called for the normalisation of regular commercial operations at Kabul airport, which will ease the issue of safe passage and assist in the regular flow of relief material.

In the run-up to the conference, the UN had called for $606 million to be raised in a flash appeal. This target had been exceeded, according to Guterres.

“This conference has fully met my expectations. There are 156 participants, including 90+ States. This shows how crucial #Afghanistan is for the international community. More than 1 billion USD has been pledged,” says @antonioguterres at a presser at @UNGeneva #Investinhumanity pic.twitter.com/2J6QoSwB4N

During the session, UN human rights chief Michelle Bachelet stated that with winter rapidly approaching, it was vital that plans and assistance should be put in place to ensure the survival of weaker sections of society. “Among the most vulnerable are women-headed households; members of discriminated ethnic and religious communities; children and older persons; people with disabilities; rural populations and displaced persons.”

Bachelet also stated that sanctions regimes should be “carefully re-evaluated to ensure they do not pose practical obstacles to the prompt and effective delivery of humanitarian aid”.