At 2+2 Dialogue, India and US Sign Second Foundational Agreement on Military Cooperation

Known by its acronym COMCASA, the Communications Compatibility and Security Agreement provides the legal mechanism to allow for exchange of cyber communications, surveillance data, transfer of communication equipment and setting up secure communication channels. 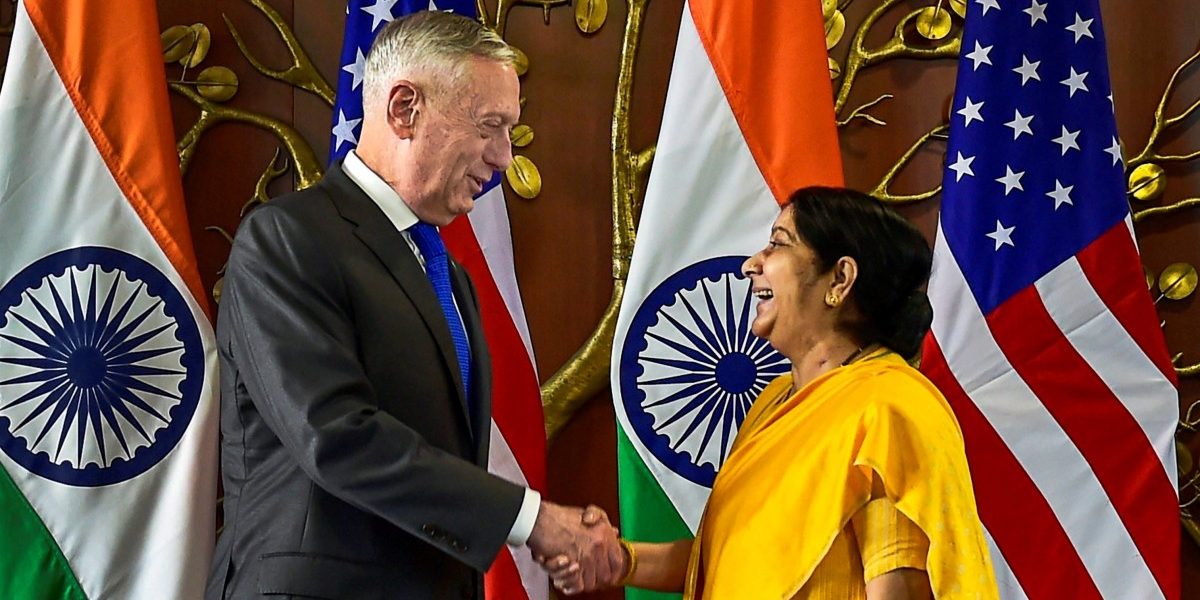 New Delhi: At the end of the highest level bilateral dialogue this year, India and the United States have signed the second foundational agreement that will allow for greater inter-operation between the two militaries.

The agreement was signed by US secretary of defence Jim Mattis and Indian defence minister Nirmala Sitharaman.

Known by its acronym COMCASA, the Communications Compatibility and Security Agreement provides the legal mechanism to allow for exchange of cyber communications, surveillance data, transfer of communication equipment and setting up secure communication channels.

Sitharaman stated that signing the COMCASA with the US will help to improve India’s defence preparedness. She also announced that India and the US will hold their first ever joint tri-services exercises off the eastern coast of India in 2019.

In August 2016, both countries had signed the Logistics Exchange Memorandum of Agreement (LEMOA) that lays down the guidelines for reciprocal use of each other’s military facilities.

The day began on Thursday with separate bilateral meetings between the defence and foreign policy heads of India and the US at the respective ministries in Delhi. All four leaders – Mattis, Pompeo, Swaraj and Sitharaman – then converged at Jawaharlal Bhawan for the ‘2+2’ dialogue, which covered bilateral agenda like trade, defence and contentious topics like Iran oil.

In his opening remarks for the dialogue, US Secretary of state Pompeo said that the two nations are “united by shared values of democracy, respect for individual rights and a shared commitment to freedom”. “Given those values India and the United States have a natural starting point,” he added.

Sushma Swaraj said that the decision has been taken to set up new hotline so that she and Pompeo, and Jim Mattis and Nirmala Sitharaman, can be in continuous touch with each other.