Assault Africans ... And Kiss Goodbye to the UN Security Council

The racist attacks in Greater Noida are a greater diplomatic fiasco than India yet realises. 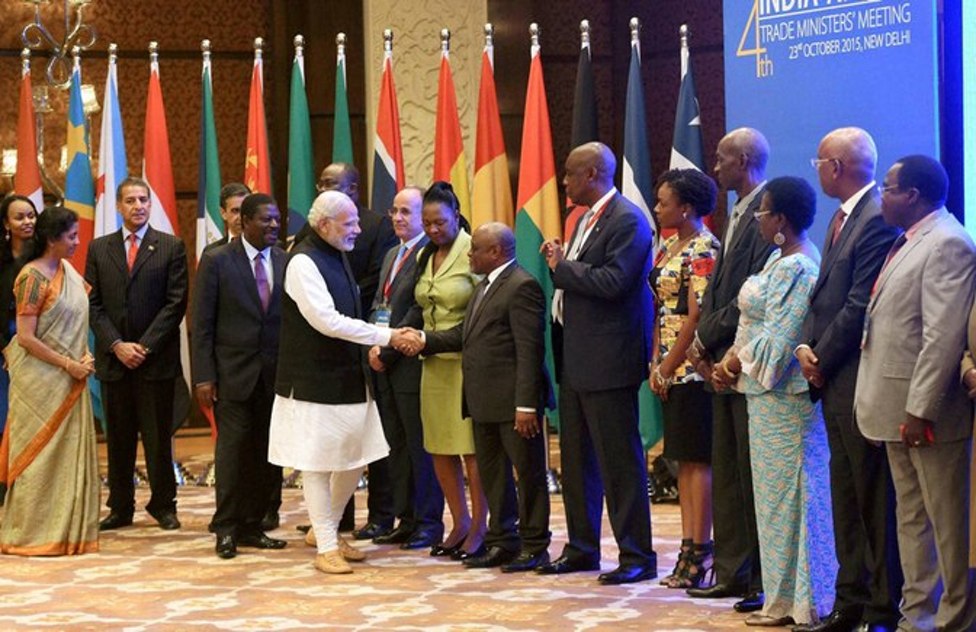 India’s Ministry of External Affairs – or any other ministry for that matter – is unwilling to accept that the country has a problem of racism. This official insistence – that Indians are incapable of the kind of ugliness of which they all too readily accuse other, less sanctimonious races – comes after the latest assault on African students in India. At a mall in Greater Noida, on the outskirts of New Delhi, young Africans were set upon by a mob that had been frothed up into violent frenzy by rumours of drug-dealing and cannibalism.

If the fact that large numbers of Indian people were prepared to believe that some African students in their midst had eaten an Indian teenager does not speak of racism, I’m not sure what else India’s foreign ministry would want by way of clinching proof. (The teen, whose disappearance on a drug binge had sparked xenophobic talk of his having been cannibalised, died later of an overdose. Angry residents speak of his having been supplied drugs by Africans in the vicinity. These are, of course, charges that must be addressed by the police and courts, and not by bloodthirsty vigilantes.)

The ministry’s see-no-racism position shouldn’t surprise us. I have yet to hear any Indian government department concede that India has a problem with other forms of intolerance or violence: not against the country’s northeastern racial minorities; not against religious minorities; and not, by any means, against the country’s Dalit and Adivasi plurality. This refusal to acknowledge racism against Africans is not a blindness that afflicts the ruling Bharatiya Janata Party alone. There have been attacks on Africans in all parts of the country in which they reside in numbers, usually as students registered at local universities; attacks have taken place in states ruled by governments of almost every major party, and have been taking place for at least a decade. What has changed in recent times is the ferocity and frequency of these attacks. African men have been beaten and stoned to death. Last year, an African woman in Bangalore was pulled from a car and stripped naked by a mob.

The latest near-lynching of an African in Greater Noida – in a commercial mall of all places, the Temple of New India’s economy, where young citizens and families go to pass a pleasant time in a climate-controlled space that’s far sprucer than the India outside – has been more than a civic and moral nadir for the country. It has grown into a diplomatic catastrophe. The association of African ambassadors to India has gone public with its anger, and demanded that the violence against Africans in India be addressed at the United Nations. In cold, unforgiving words – intended as a slap to India’s MEA – the ambassadors state that they have “reviewed” recent racist incidents and “concluded that no known, sufficient and visible deterring measures were taken by the Government of India.” This is the diplomatic equivalent of going nuclear: a body representative of some 50 embassies and high commissions in New Delhi has told the government of India that it is entirely derelict in its duty to ensure physical protection to Africans in India.

The Indian government’s official response to the African envoys has been to ratchet up…no, not the protections for Africans…but its own state of denial. Sushma Swaraj’s MEA has said that “it is unfortunate that a criminal act triggered following the untimely death of a young Indian student under suspicious circumstances has been termed as xenophobic and racial.” Yes, the beating nearly to death of a Nigerian is a criminal act. But is it not, in the hideously apparent circumstances, so much more than that?

Is there nothing at all to suggest racism and xenophobia in the pursuit of random black African men by a violent crowd of Indians? And what is one to make of the advisory that the African Students’ Association has given its members in Greater Noida, on the advice of the local police: that they should stay indoors, as it is unsafe for them to go out on to the streets of the national capital?

More broadly, and yet just as important: What does the Indian government have to gain in denying the existence of racism to African ambassadors who are at the end of their diplomatic tether – having cut India considerable slack after every previous racist incident? It is not as if racism is government policy; or that racist mobs are pursuing the national interest; or that these mobs are even abetted by organs of the state. So why does India baulk at accepting the truth? Does not everything point to a civic and policing breakdown, which the Indian government would be wise to acknowledge, and wiser still to confront with robust corrective measures?

The immediate and inescapable consequence – at least for India’s amour-propre and global diplomatic ambitions – will be a drastic fall in support from African nations for India’s ongoing bid for permanent membership of the United Nations Security Council. How can you ask us for our support to be on an international SECURITY council—African governments will say to New Delhi—when you can’t even guarantee basic security to our citizens in a neighbourhood that’s only 20 miles from your own parliament?