India is only likely to give a formal statement once the results are formalised with a concession speech by the losing candidate. 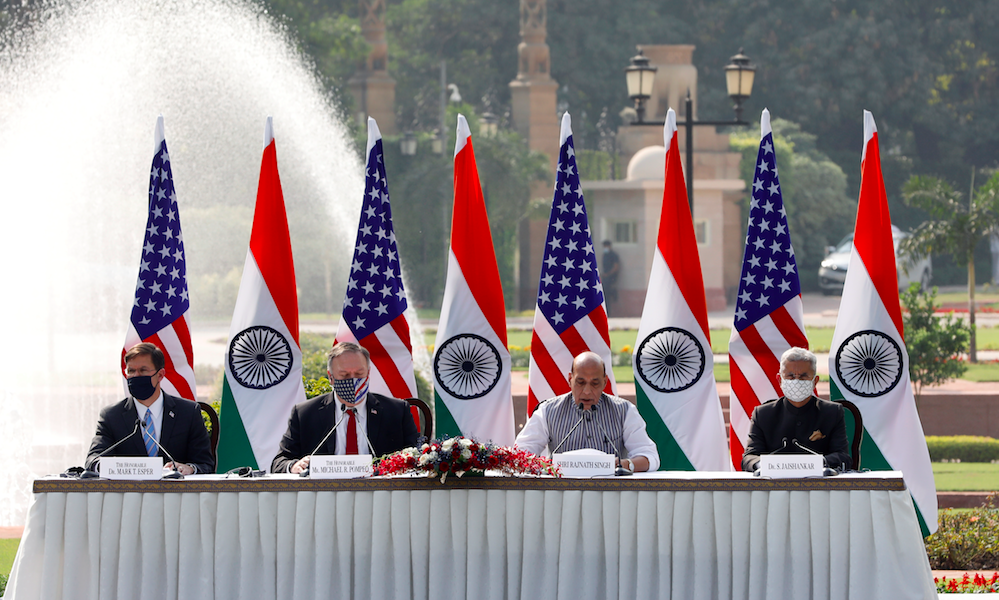 New Delhi: With Democratic presidential candidate Joe Biden inching closer to White House, India said on Friday that bilateral relations had “very strong bipartisan support” that has been built upon by successive US administrations.

On Thursday evening, one major polling website called the results of Pennsylvania in favour of Biden, giving him the requisite numbers to win the electoral college. However, other major media organisations are yet to make the call.

Biden maintains his lead in Arizona and Pennsylvania, while President Donald Trump’s chances of remaining in the White House grows dim.

Answering a question at the weekly briefing, MEA spokesperson Anurag Srivastav noted that while India was also awaiting the election results, relationship between the two countries “rest on strong foundations”. “Our relations encompass cooperation in every possible sphere, extending from strategic to defence, from investment to trade to people-to-people ties,” he added.

Just before the elections, India and US held the third edition of the ‘2+2’ dialogue between the political leadership in charge of foreign policy and defence portfolios. Both countries also signed the third foundational agreement, Basic Exchange and Cooperation Agreement (BECA), which paved the way for access of confidential technology.

The MEA spokesperson also underlined that the relationship had support from both sides of the political divide in US.

“The comprehensive strategic global partnership has very strong bipartisan support in the US and successive presidents and administrations have raised the level of the relationship even higher,” stated Srivastava.

India is only likely to give a formal statement once the results are formalised with a concession speech by the losing candidate.

In 2016, Indian Prime Minister Narendra Modi had joined other leaders in making congratulatory calls to Donald Trump on November 9, after the Republican leader had won an upset victory against Hillary Clinton.