Imran Khan chaired a meeting of the National Security Committee, following which Pakistan announced four steps to be taken by Islamabad.

New Delhi: Two days after India decided that it will change the special status of Kashmir under the Indian constitution, Pakistan announced that it will downgrade diplomatic relations with New Delhi, expelled Indian high commissioner and suspend all bilateral trade.

On Tuesday, the Indian government completed the process of scrapping Article 370 and bifurcated the state into two union territories, after obtaining parliamentary approval.

Pakistan Prime Minister Imran Khan had chaired a meeting of the National Security Committee, which was attended by Army chief Qamar Javed Bajwa and other senior army and civilian offcers.

“Our ambassadors will no longer be in New Delhi and their counterparts here will also be sent back,” foreign minister Shah Mahmood Qureshi told ARY News.

Pakistan does not have an ambassador in India yet, as high commissioner-designate Moin-ul-Haq was only scheduled to arrive later this month. He will no longer take up his post for an indefinite period. It also effectively means that India’s high commissioner Ajay Bisaria will have to leave Islamabad.

A couple of hours after the National Security Council meeting, Pakistan foreign office announced that “the Government of India has been told to withdraw its High Commissioner to Pakistan”. 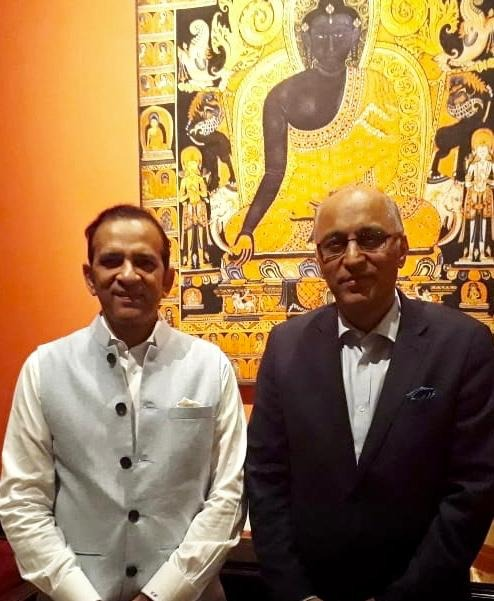 “The Indian Government has also been informed that Pakistan will not be sending its High Commissioner-designate to India,” said the short statement.

There has been no response from the Indian government, but sources said that Bisaria would be back soon.

This is the second time that Bisaria would be back in India. Last time, India had withdrawn Bisaria “for consultations” after the February 14 terror attack against Indian security personnel in Pulwama, Kashmir.

It is not clear if the suspension of bilateral trade means that the trade border points at Wagah will be closed down. In 2017-18, bilateral trade between the two nations stood at a meagre $2.4 billion.

Pakistan’s permanent representative to the United Nations, Maleeha Lodhi has already met with the current president of the United Nations Security Council to protest against India’s move to abrogate Article 370.

India has repeatedly pronounced that the move to ‘reorganise’ Jammu and Kashmir and remove some provisions in the Indan constitution is an internal matter.

Meanwhile, the Pakistan parliament passed a resolution that after two days of debate, condemning India’s “illegal, unilateral, reckless and coercive attempt to alter the disputed status of Indian occupied Kashmir as enshrined in the UNSC resolution”.

Pakistan is also leaning on its ally China to put pressure on India. China has already stated that India’s creation of a new union territory of Ladakh was “unacceptable”, due to unresolved border claims in Aksai Chin.

External affairs minister S. Jaishankar will be travelling to China on a pre-scheduled visit on August 11. The Pakistan foreign minister told the media on Wednesday that “he might leave for Beijing to consult with the Chinese leadership on how to proceed further after Indian Prime Minister Narendra Modi-led government’s move in Kashmir”.

Note: This is a developing story.