Chinese foreign ministry spokesperson Wang Wenbin restated China’s position that Kashmir is a “leftover from history” for India and Pakistan, which should be solved as per UNSC resolutions. 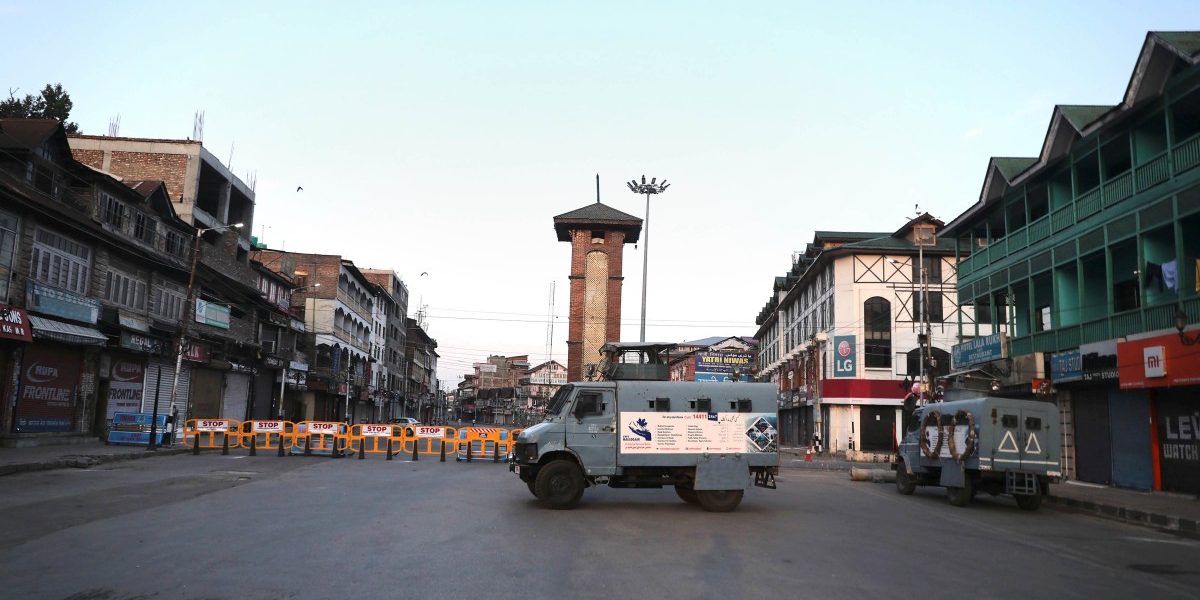 New Delhi: On the anniversary of the revocation of Jammu and Kashmir’s constitutional status, China reiterated on Tuesday that any “unilateral” change is “illegal”, after which New Delhi issued a riposte that Beijing has “no locus standi” on the matter.

During the daily briefing, Chinese foreign ministry spokesperson Wang Wenbin restated China’s position that Kashmir is a “leftover from history” for India and Pakistan, which should be solved as per United Nations Security Council (UNSC) resolutions.

“Second, any unilateral change to the status quo in the Kashmir region is illegal and invalid,” he said. He called for Kashmir to be resolved through dialogue between the “parties concerned”.

“Pakistan and India are neighbours that cannot be moved away. Harmony between the two countries serves the fundamental interests of both sides and the common aspiration of the international community. China sincerely hopes that the two sides can properly handle differences through dialogue, improve relations and jointly safeguard peace, stability and development of the two countries and the region,” said Weng.

In response, Indian ministry of external affairs spokesperson Anurag Srivastava said while Beijing’s remarks have been noted, China has no role or right to speak on the subject of Kashmir. “The Chinese side has no locus standi whatsoever on this matter and is advised not to comment on the internal affairs of other nations,” he said.

China’s position on Kashmir has remain unchanged – it had vocalised its opposition a day after India began the process of striking off Article 370 from the Indian constitution.

With a specific reference to the carving out of Ladakh into a separate union territory, Chinese foreign ministry spokesperson Hua Chunying had said last year, “China is always opposed to India’s inclusion of the Chinese territory in the western sector of the China-India boundary into its administrative jurisdiction. This firm and consistent position remains unchanged.”

She had added that the reorganisation would directly “impede China’s sovereignty”. “Recently India has continued to undermine China’s territorial sovereignty by unilaterally changing its domestic law. Such practice is unacceptable and will not come into force.”

India had similarly ticked Beijing off for commenting on an “internal matter”. Then MEA spokesperson Raveesh Kumar had asserted that the bill passed parliament that proposed the formation of a “new union territory of Ladakh” was “an internal matter concerning the territory of India”.

China has made territorial claims over Ladakh due to the continuing dispute over Aksai Chin, which began when Pakistan ceded 5,180 sq. km in 1963.

India and China are currently in the midst of difficult negotiations over the disengagement of troops at multiple points in eastern Ladakh and to end a stand-off that began in early May. On June 15, more than 20 Indian soldiers were killed in a violent face-off in Galwan Valley, where Chinese troops had entered far beyond their traditional claim line that has been in place since 1962. That was the first deadly military clash on the Sino-Indian boundary in four decade.