Assam Up in Arms as Army Chief Wades Into Political Territory

During a seminar, Rawat hinted at a possible link between the expansion of AIUDF in Assam to a 'planned immigration that is taking place because of our western neighbour (Pak)' with support from 'our northern neighbour (China)'. 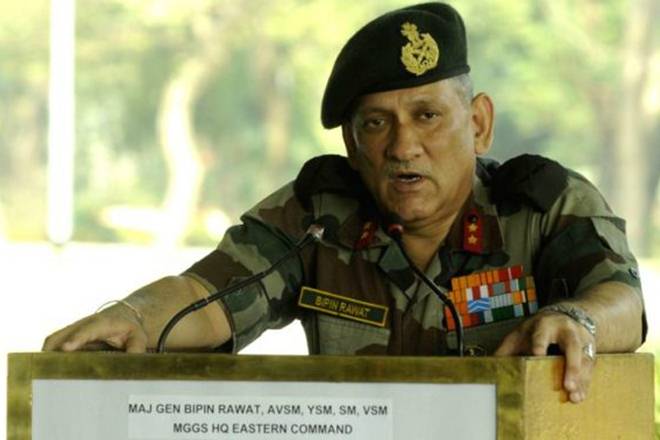 New Delhi: “I don’t think you can change the population dynamics of the area [the Northeast, particularly Assam]. If it was five districts to eight to nine, that inversion [the demographic change through Muslim migrants entering the state from Bangladesh] has taken place, whichever be the government…there is a party called AIUDF [All India United Democratic Front]. If you look at, they have grown in a faster time frame than the BJP grew over the years. When we talk of Jan Sangh, with two members of parliament and where they have reached, the AIUDF is moving at a faster pace in the state of Assam. Finally, what will be the state of Assam, we have to take a call.”

That statement did not come from a political leader taking the line of “jati mati bheti” (home, hearth and base) of the indigenous people of Assam during the run-up to the 2016 assembly elections to question its opponent’s “faster pace” of growth in a short span of time. The statement was made by General Bipin Rawat, Chief of Army Staff (CoAS) at a seminar titled “North East Region of India – Bridging Gaps and Securing Borders”, organised by the Centre for Joint Warfare Studies and the Integrated Headquarters of the Ministry of Defence in New Delhi on February 21.

Countering arguments often made by a section of Northeast observers that undocumented immigration from Bangladesh isn’t taking place anymore considering the human development indicators there are now better than that of India, the army chief said migration was continuing because of Bangladesh’s need for “lebensraum” – the German term  for living space first used by Adolf Hitler in Mein Kampf – and because of the “proxy dimension of warfare” against India by Pakistan and China.

That the insurgency in not just Assam, but the entire region, has had the covert support of Pakistan and China is well known and has been a part of the rhetoric of the Indian security establishment for decades. But his allegation of Islamabad and Beijing working together to encourage migration from Bangladesh is certainly new, as was the question mark he placed on the growth of a political party recognised by the Election Commission.

“Migration from Bangladesh is happening because of two reasons. One is lebensraum, you know they are running out of space. Large part of their areas get flooded under water during monsoons. So they have very constricted areas to stay in, so people will continue coming into our place, into our areas. And the other issue is a planned immigration that is taking place because of our western neighbour, they will always try and ensure that this area is taken over through playing the proxy dimension of warfare. You don’t have to confront a stronger nation through conventional operations, so you play a proxy game. I think this proxy game is being very well played by our Western neighbour, supported also by our northern neighbour, so to that extent to keep this area disturbed, we will continue to see this kind of  migration happening.”

‘Should not interfere in political matters’

All India Majlis-e-Ittehadul Muslimeen (AIMIM) chief and Lok Sabha member Asaduddin Owaisi was the first to criticise the army chief.

What,the Army Chief should not interfere in political matters it is not his work to comment on the rise of a political party ,Democracy & Constitution allows it and Army will always work under an Elected Civilian leadership https://t.co/PacWqqYXz1

If illegal migrants are entering from Bangladesh what is the Modi govt doing who will ask BSF ,and Internal Security is dealt by IB ,police not military,we have seen the draconian consequences in our Neighbouring countries when Army got involved in Domestic Politics

Gen Bipin Rawat has made a political statement, shocking! Why is it a concern for the Army Chief that a political party, based on democratic & secular values, is rising faster than BJP? Alternative parties like AIUDF, AAP have grown because of the misgovernance of big parties.
1

Politicians aside, general Rawat’s comment on AIUDF also caught the attention of several Northeast observers. Senior journalist Kishalay Bhattacharya stated, “This is completely out of line for a CoAS. He has done this before in Jammu and Kashmir and this time in the North East. Unfortunately, the office of the CoAS has been politicised drawing sharp criticism from even within the army. It is a dangerous pattern that doesn’t seem to bother the government at all.” 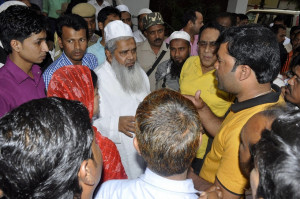 Hiren Gohain, a literary critic and a Sahitya Akademi award winner, said, “I am astounded that a serving army chief is allowed to shoot his mouth off on sensitive political issues and is not sternly reprimanded. It shows the extent precious conventions as well as codes of conduct for high functionaries have been allowed to be undermined for a sinister political agenda. It is bound to provoke strong reactions in most NE states. It spells danger to our constitution.”

About blaming Pakistan for running “proxy warfare” in the Northeast, Bhattacharya, the author of the critically acclaimed Blood on My Hands: Confessions of Staged Encounters, pointed out that the army also needs to put its house together in that region.

“More than 50 smuggling corridors along the Indo-Bangla border thrive with the active connivance of members of Indian security forces,” he said.

‘Indianisation’ of the Northeast

Rawat’s speech also touched a raw nerve among the people of the region over mainstream India’s need to “amalgamate” the people of the region with it by teaching Hindi. The general typically gave the example of Arunachal Pradesh in this context, thereby referring to the Rashtriya Swayamsevak Sangh’s (RSS) long-run education and social programmes in Hindi in that state which has led to many speaking the language.

“When I forayed into Arunachal Pradesh and commanded a battalion in a place called Kibitu, finally reached the battalion headquarters, the gaon burrah (village head) came to receive you; he had two horns on his heard, had a da (a traditional sword), and was very, I would say, scantily dressed. The way he was welcoming us, we started talking in sign language. I asked him how many people live there. After three-four minutes, he asked, ‘Hindi aata hain ki nahin?” I said yes. Then he said, ‘Toh Hindi bolo na.’ So what I am trying to say is, Arunachal Pradesh is one state where the state language is Hindi. So there has been an amalgamation that has happened which didn’t happen elsewhere. But to say that these regions can’t be amalgamated to us, Arunachalis speak shudhh Hindi. They don’t call a school as school, they call it vidyalaya.”

“This is nothing but pandering to the RSS-BJP’s idea of one language, one tax, one economy, one culture. It is particularly unfortunate because it is coming from a person who is supposed to be apolitical,” says Akhil Gogoi, a well-known political activist from Assam.

“Nowhere in the constitution it is written that Hindi is the national language. All languages are equal and yet he is proposing the use of Hindi to ‘Indianise’ us instead of respecting the diversity of the country enshrined in the constitution. Also, more than us needing to know mainstream India and Hindi, it is the rest of India that needs to know about us, our history, culture and languages, if the region really needs to be amalgamated with mainstream India.”

“General Rawat may appreciate the central government’s policies in the region with the aim of getting closer to it; he may blame Pakistan for pushing illegal immigrants to Assam, but it is this central government which has fenced the India-Bangladesh border much less than the previous governments. Attorney General K.K. Venugopal stated in the Supreme Court recently that only 26 km of that border is being fenced every year while up to 450 km per year had been fenced during the previous regimes,” he added.

Calling for the need “to understand” that “all the people of the region need to live together irrespective of their caste, creed, religion and sex”, the general also pointed to how Muslims first entered Assam “from 1218 to 1226” to underline his point that “they too have a right over the state”.

“During Partition, when Sylhet got divided, many Bengali Muslims chose to remain with India (meaning Assam) and have continued to live in places like Cachar, Hailakhandi, Karimganj, etc. This is very much part of the history too,” said MP and Congress leader Sushmita Dev.

A senior editor of an Assamese daily, who requested anonymity, however, offered an “Assam-centric” perspective to the army chief’s speech, particularly related to AIUDF.

“Akhil Gogoi recently offered a formula as per which the Asom Gana Parishad (AGP) will lead a government in the state with support from the regional parties, AIUDF and the Bodo People’s Front (BPF). He said the present BJP government can be toppled if these three parties form a government with outside support from the Congress. At a time when the AGP is learnt to have been mulling over this plan comes this speech from general Rawat targeting AIUDF and hinting at its possible link with Pakistan’s proxy war. If not anything, it will certainly make AGP think twice because many in Assam opted for BJP over the Congress in 2016 after Badarruddin Ajmal said he would be the kingmaker.”

Refusing to speak more about this formula, Gogoi added, “AIUDF is certainly not a growing party in Assam while the BJP-RSS is. In fact, AIUDF is gradually losing its base among the immigrant Muslim residents. The younger generation is increasingly getting disillusioned with that party. General Rawat, by saying this, is only trying to promote the BJP-RSS agenda woven around illegal immigration of Muslims of East Bengal origin in Assam.”