Beyond the Modi-Netanyahu Bonhomie, India and Israel Struggle to Add Heft to Ties 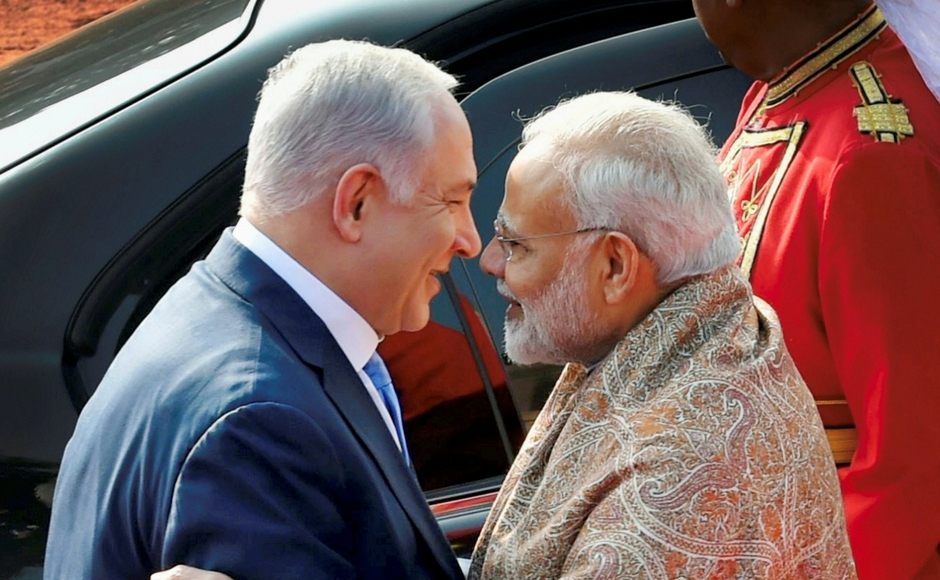 New Delhi: Even as Prime Minister Narendra Modi and his Israeli counterpart Benjamin Netanyahu praised one another for “revolutionising” the bilateral relationship, the nine agreements signed – on subjects ranging from cyber security to homeopathic research – suggest the two countries are finding it hard to match the heady rhetoric with concrete outcomes in areas that matter.

A joint statement issued at the end of the main substantive day of Netanyahu’s visit included boiler-plate language on the “grave threat” of terrorism and avoided an explicit reference to the “two-state solution” to the Israel-Palestine dispute in deference to Tel Aviv’s growing inclination for an annexation-driven ‘one-state solution’.

To spur trade, the Israeli side talked about the need for a bilateral investment treaty and free trade agreement, though neither is on the horizon. There was also a discussion on simplifying visa regulations, especially for workers in information technology and new technology sectors.

Highlights of the meet

As Monday, January 15, dawned, the forecourt at Rashtrapati Bhawan witnessed the ceremonial welcome of Netanyahu, the second Israeli prime minister to visit India after a gap of 15 years. Earlier, he visited the mausoleum of Mahatma Gandhi, whom he described as one of the world’s “great spiritual leaders”.

Thereafter, the two prime ministers met at Hyderabad House for restricted and delegation-level talks, followed by a press appearance and lunch.

Though nine agreements were signed on subjects including cyber security, film production, air transport, hydrocarbons and homeopathic research, there was no major show-stopping agreement. Despite this, several India media channels referred to these as “historic agreements signed during a historic visit”.

At their joint media appearance later in the day, Modi and Netanyahu engaged in a bit of mutual backslapping but took no questions. The Israeli PM said that Modi is a “revolutionary leader in the true sense of the term”, in reference to the change in relations between the two countries. In fact, on Sunday, the Israeli leader had dubbed the India-Israel relationship as a “marriage made in heaven”, a phrase he used when Modi visited Israel last year. In the past, Netanyahu has used the same words to describe the Israel-China relationship as well. There was some forced humour too, with Netanyahu saying, “My friend Narendra, whenever you want to do yoga with me, it is a bit of  a stretch but I’ll be there.”

A deepening of ties

At the MEA’s press conference after the talks, secretary (economic relations) Vijay Gokhale said that the “warmth and chemistry” between the two leaders was very evident.

Gokhale, who is poised to take over as foreign secretary by the end of this month, said that there are two new areas of collaboration – cyber security and oil and gas. He noted that cyber-security figured “quite prominently” in discussions between the two PMs.

“So far, the exchanges in cyber security have been business to business. Now this (MoU) is going to be government to government. It will be CERT to CERT and cooperation on training,” said India’s ambassador to Israel, Pavan Kapoor.

Israel is a major defence supplier for India, but despite the visibility given to the overall relationship, this is one sector on which there is still a heavy veil.

“On defence cooperation, it was discussed. I am obviously not at liberty to go into details,” Gokhale said. He also refused to answer any question on media reports that the Spike missile deal – which India had scrapped – has been revived in the run-up to Netanyahu’s visit. In an interview to India Today TV on Sunday, the Israeli prime minister had said, “I hope that this visit can help resolve this issue because I think there is a reasonable chance we can reach an equitable solution. But we will have to wait till the end of this visit.” 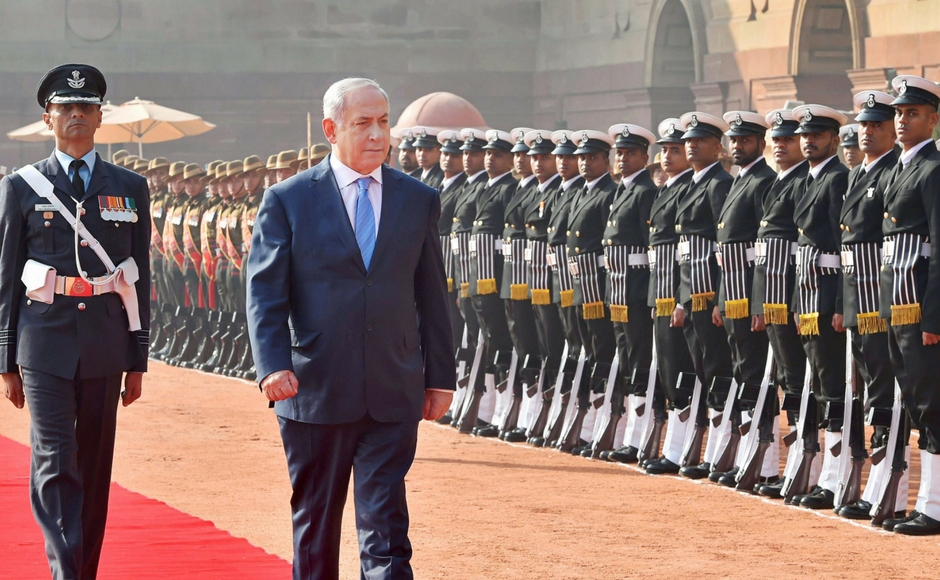 In his public remarks after the formal talks, Modi had “invited Israeli companies to take advantage of the liberalised FDI regime to make more in India with our companies”.

Besides, the older areas of collaboration – agriculture, science and technology, defence and security – also remained in play.

Gokhale said that the Israeli delegation were rather enthusiastic about the advantages of harnessing Big Data for the benefit of small farmers. Currently, both sides are working together on a five-year joint work plan for strategic cooperation in agriculture and water.

Later this week, Netanyahu will be visiting a Centre of Excellence on agriculture in Varad and inaugurate another one in Bhuj during his sojourn to Modi’s home state Gujarat.

The India-Israel Industrial R&D and Technological Innovation Fund, which was announced during Modi’s visit to Israel, was operationalised on Tuesday. The two prime ministers launched the first call for proposals under the fund that aims to encourage firms to undertake joint research and development projects.

Netanyahu’s trip to India came after New Delhi voted in favour of a resolution in the United Nations General Assembly in December that called on the United States to withdraw its decision to recognise Jerusalem as Israel’s capital.

“As far as the issue of Palestine was discussed, yes, it is true the Israeli side expressed its position. Our side explained its position on both the status of Jerusalem and Palestine,” said Gokhale.

He added that both sides “agreed” that the India-Israel relationship was much larger than any single issue. “We need to look at it holistically. While we continue to talk to each other, our relationship is not determined by this single issue”.

The paragraph related to Palestine in the joint statement mirrored the 2017 bilateral declaration with a call for early resumption of peace talks, and the absence of any language on the two-state solution. Modi is scheduled to visit Palestine, Oman and the UAE during his Arab tour next month.

There was a similar repetition in the section about terrorism, with the two sides reiterating that there was “no justification for acts of terror on any grounds whatsoever” and advocating strong measures against “terrorists, terror organisations, those who sponsor, encourage or finance terrorism or provide sanctuary to terrorists and terror groups”.

Netanyahu’s visit marks the culmination of a year of celebrations to commemorate 25 years of diplomatic relations between India and Israel.