'Currently, there is a lack of clarity or no clarity about any entity forming a government in Kabul. So I think we are jumping the gun here regarding the recognition,' the MEA said. 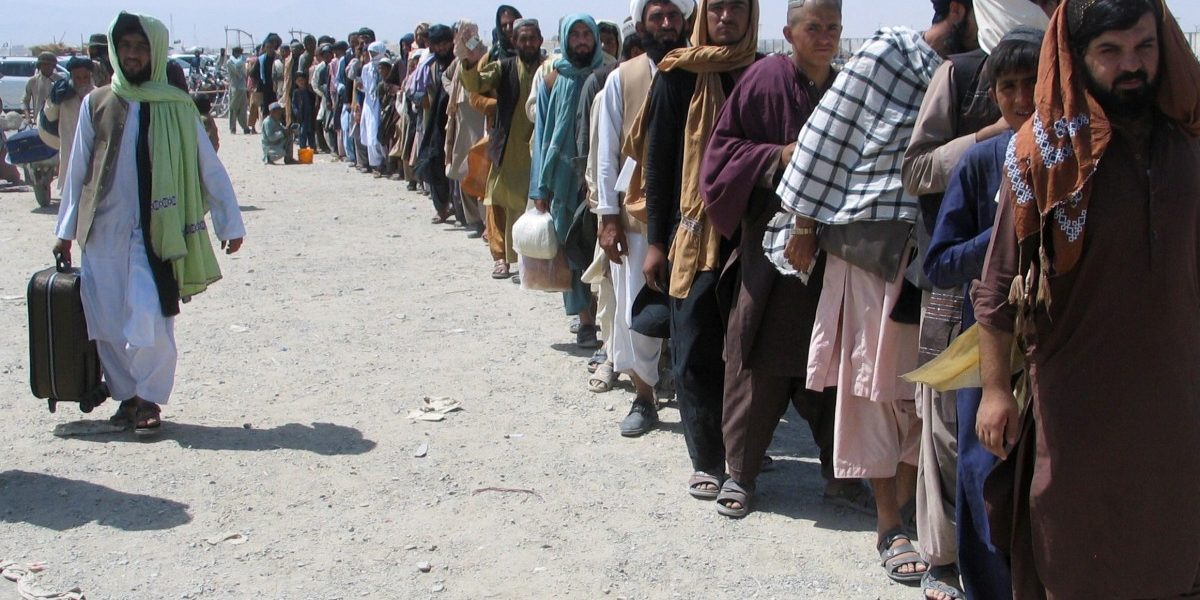 New Delhi: A day after over 100 people were killed in two suicide bombings outside the Kabul airport, India on Friday said its primary focus has been on evacuating the remaining Indians from the Afghan capital and questions on whether to recognise a Taliban regime are not pertinent now in view of a lack of clarity on government formation in Afghanistan.

Ministry of External Affairs (MEA) Spokesperson Arindam Bagchi also said at a media briefing that around 20 Indians and a number of Afghan nationals could not reach the Kabul airport on Wednesday to board an evacuation flight to India in view of the precarious security scenario there.

Asked specifically whether India will recognise a Taliban government, he said, “I think we are jumping the gun.”

“The situation on the ground is uncertain. The prime concern at present is the security and safety of the people. Currently, there is a lack of clarity or no clarity about any entity forming a government in Kabul. So I think we are jumping the gun here regarding the recognition,” Bagchi said.

“We, of course, continue to monitor the situation very carefully. This is an evolving situation. For the moment, that is all that I have to say about this element,” he added.

Thursday”s deadly blasts outside the Kabul airport came as the US and a number of other countries were scrambling to evacuate their citizens and Afghan partners ahead of the August 31 deadline for withdrawal of American troops from Afghanistan.

Asked whether India was part of any back-channel negotiations with the Taliban, Bagchi said the country has contacts with all the stakeholders and remains in touch with its partner countries on the latest developments in Afghanistan.

“Our overall assessment is that the vast majority of Indians who wished to return have been evacuated. Some more Indians are likely to be in Afghanistan. I do not have an exact number for that,” he said.

“You are aware of the very difficult situation on the ground right now. We are in touch with various parties regarding when we can mount such evacuation flights,” the MEA spokesperson said.

On the blasts, he said it is a matter of concern and India will be in close touch with all its partners.

Replying to another question, Bagchi said there were reports that some Afghan nationals, including a number of Afghan Sikhs, could not reach the Kabul airport for the Indian evacuation flight on August 25.

“Certainly some Indians, I would say around 20, but again, I do not have a number, were also trying to reach as you have seen the kind of chaos at the airport. They could not reach. So our flight had to come without these Indian nationals,” he said.

The MEA spokesperson said the primary focus of the country will remain on the evacuation of its citizens, but at the same time, it will also stand by Afghans who stood by India.

Asked about the status of the Afghans who were evacuated by India, Bagchi referred to the rolling out of the e-Visa scheme by the Union home ministry.

“They are currently under a six-month visa regime. We will take it from there,” he said.

Asked about the deportation of Afghan MP Rangina Kargar, Bagchi suggested that a number of issues could have led to it.

“Once the security situation deteriorated immediately after August 15, there were reports of groups of people who raided one of our outsourcing agencies (in Kabul) where Afghan passports with Indian visas were there,” he said.

Bagchi said following the incident, Indian authorities were in a state of high alert.

“We were moving to the e-Emergency visa system. It appears that all this could have led to some confusion, which in turn led to the unfortunate incident of denial of entry to a particular Afghan national. Since then, many Afghan citizens were evacuated to India,” he added.

The MEA spokesperson said India evacuated more than 550 people in six flights, either directly from Kabul or through Dushanbe, the capital of Tajikistan.

Of the evacuees, more than 260 were Indian nationals. However, the figure does not include the Indian embassy personnel who have also been repatriated.

Separately, India also facilitated the evacuation of its citizens through other agencies.

Bagchi said India has been pitching for a peaceful, prosperous and democratic Afghanistan.

Asked why India”s evacuation mission was named “Operation Devi Shakti”, he said like all other operations, a name was suitably given to it.