Yoga and the Means and Ends of Secularism

In 2016, the Indian Supreme Court asked the Centre to formulate a policy on yoga instruction in state schools. Here we take a look at a similar case in the US, a case regularly cited in Indian discussions. 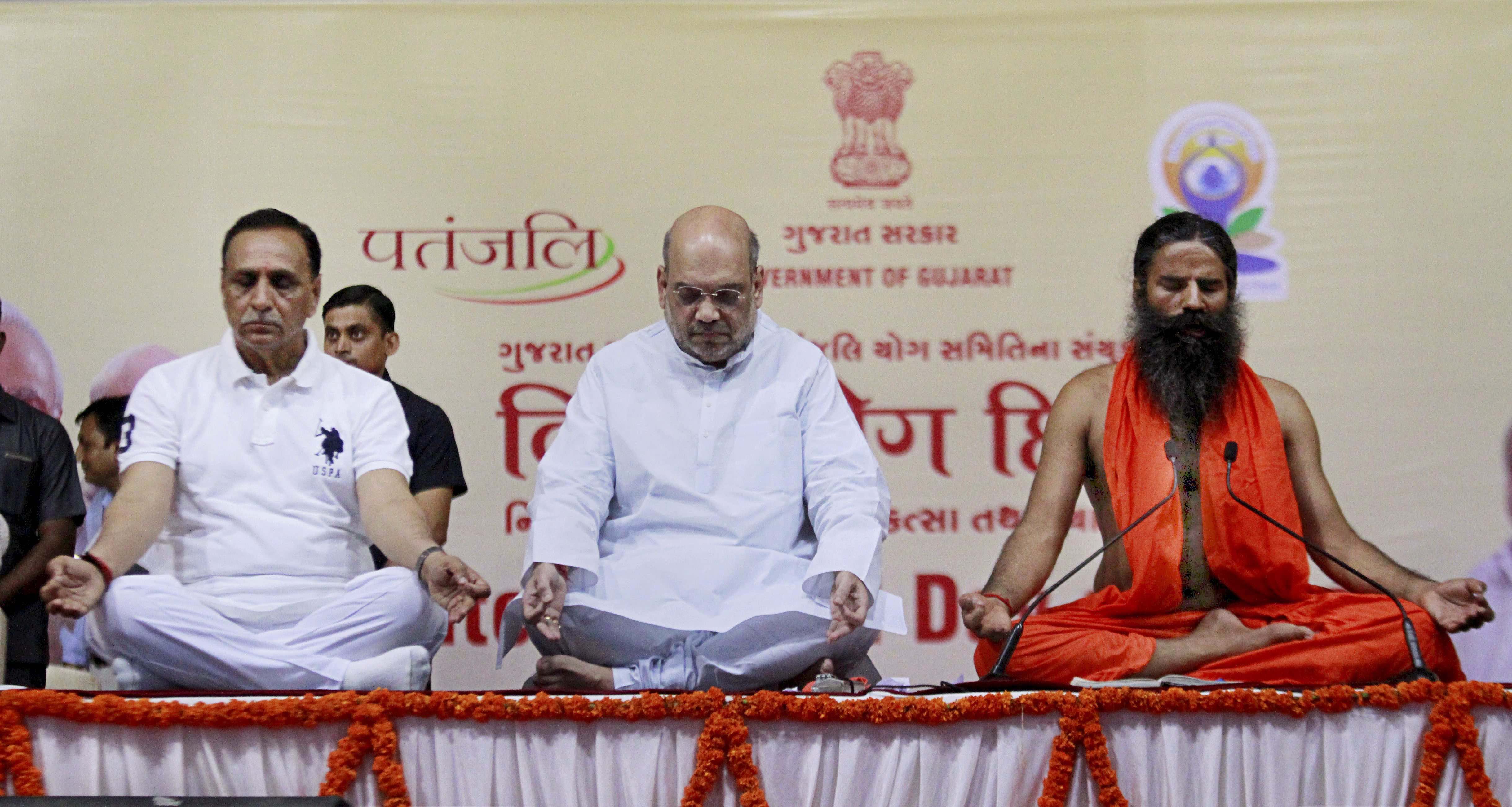 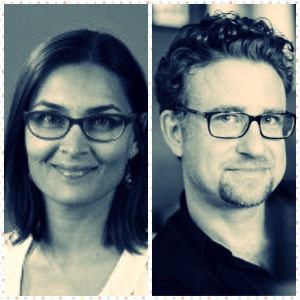 Today is International Yoga Day. This article was first published on June 21, 2017.

Several news and public media writers have described contentions around yoga in the US and India as “the yoga wars.” This phrase has been used to describe many things: patent battles in the US and India over certain poses and styles of yoga, the appropriation of yoga by non-Indians, even the competition for the best producer of yoga pants, and the question of whether or not yoga should be tax exempt on religious or educational grounds. All of these touch on yoga as a subject of debate, but yoga itself—questions about its very nature—have only been partially engaged in such cases. In one case, however, in the public school system in California, the US court heard arguments about what constitutes yoga, and in particular, whether or not yoga is inherently a religious activity.

In 2011, the Encinitas Public School system, led by the superintendent T. Baird, received a grant from the Pattabhi Jois Foundation to teach yoga in elementary schools. The first classes began in the 2011-2012 school year. Shortly after the pilot program was expanded the following year, a group of parents, avowed Christians, began questioning the religious content of the yoga instruction their children received at school. More to the point, they wondered if teaching yoga was in essence teaching religion and specifically teaching Hinduism in a public school. The parents contended that the school’s yoga classes defied the First Amendment’s Establishment clause, a principle demarcated in landmark rulings of the early 1960s that declared school prayer and other deemed religious activities as unconstitutional in nature because they amounted to an “established” state religion if taught in public schools. For the Encinitas parents who objected to yoga instruction, doing yoga in public school was just like reciting a Hindu prayer. However, the school board and superintendent countered that yoga as taught to the public school students was merely exercise and bore no relationship at all to any religion, Hinduism, Christianity, or otherwise. Baird allowed the program to continue and allowed the Jois Foundation to remain partners and funders of the endeavour.

The concerned parents took their grievance to court in February of 2013. The legal team that represented them included Dean Broyles, a lawyer who was trained at Regent University, a private Christian University founded by the evangelical minister Pat Robertson. Organisations with which Broyles is associated, like Regent and the Alliance Defending Freedom, another plaintiff in the case, are part of a larger conservative Christian movement that perceives multiculturalism as a threat to secular America by non-Christian actors and ideas. The trial that resulted quickly became the most visible legal adjudication of yoga in the US to date. Both the plaintiffs and the defendants in the Encinitas case marshalled the opinions of expert witnesses who are academic scholars of religion to make their cases. For the plaintiffs, Professor Candy Gunther Brown of the University of Indiana, a scholar of religious history and practice in the US, testified that yoga was religious in origin and in practice. Brown argued that the Encinitas version of yoga might mask those qualities, but could not suppress them. Moreover, not only was yoga as it was taught in the schools religious, but it would serve to proselytise students and direct them toward Hinduism in particular. The judge referred to this opinion as akin to viewing yoga as a “threshold drug,” to which Dr. Brown agreed—yoga was a “gateway drug” for Hinduism.

The defence contracted two scholars of Indian religion and specifically of Hindu yogic traditions. Dr. Mark Singleton, a senior researcher at the School of Oriental and African Studies (SOAS) in London and an expert in the history of modern yoga, particularly its permutations in India in the last 150 years and its transition to the US through the influence of various gurus, testified that yoga as it is practiced today in the US was “a distinctly American cultural phenomenon…rooted in American culture as much (and sometimes far more) than in Indian culture.” This statement represented one kind of transnational secularism, a process whereby a thing from India is remade in the US as an “American” thing. Some have referred to this as the “pizza” theory of yoga; that just as pizza is from Italy originally, how we serve it in the US is essentially a new kind of thing. Just so, yoga may have come from India, but as it is practiced in the US it is a singularly unique object. Singleton concluded his testimony by stating that yoga in the school system was “in no way inherently religious.”

The second expert witness hired by the defendants, Dr. Chris Chapple, a professor of theology at Loyola Marymount University and an expert on Indian yogic traditions, testified that yoga, even if it were to be considered religious, is not confined by any single religion, but practiced by people of almost all religions and of no religion at all. Yoga, in Chapple’s testimony, appears as a device of practice, the content of which, religious or not, is supplied by the practitioner. It is a vehicle without a pre-programmed destination. Chapple’s testimony dovetailed with Singleton’s in that both shared the idea that the inherent intent of yoga was not religious but rather efficacious—yoga was a means, but the end was not prescribed. Chapple concluded his testimony by stating that he found the school’s yoga program to “not impose religious meaning” in its practice.

Religious, and not religious

The Superior Court judge who heard this case, John S. Meyer, eventually rendered an opinion both paradoxical and yet entirely consistent with an idea we have expressed in a previous essay in The Wire, that yoga is a mode of dialectical reasoning that is non-linear and without a single goal. Judge Meyer ruled that “a reasonable student would not objectively perceive that [the Encinitas yoga instruction] either advances or inhibits religion.” In other words, he found in favour of the defendants, that yoga did not violate the students’ First Amendment Rights. However, Judge Meyer also had another judgment for yoga itself, for he stated quite conclusively and clearly that “the court determines that yoga is religious.” Here is the ruling’s paradox: Judge Meyer determined that yoga was both religious and not religious simultaneously. In May 2015, the case went to appeal and the appellate court judges concurred with Judge Meyer. They restated that yoga as practiced in the schools was not religious. And yet they preserved the paradox, for they reiterated that yoga was “a religion for the purposes of the establishment clause.” They offered this explanation: “a reasonable observer would not conclude that an activity has the primary effect of advancing religion merely because of its historical association with religion.”

The most recent of a series of pleas (October 18, 2013; November 7 and November 29, 2016) to appear before the Supreme Court of India ended with Justices Madan B. Lokur and Adarsh Kumar instructing the Centre to issue its plan for instituting yoga in Indian public schools within three months, and if a satisfactory plan is not put forth, the Justices invited those who pleaded to return to address their concerns. Given that as of this date no plan has been issued by the Centre, this is a story without an ending quite yet.

In all these pleas to the Indian Supreme Court, the case in California has been cited as “proof” that yoga is a “secular” practice. And yet, as we have seen, the judgment in California was something else. It suggested that yoga was a means to a goal, but the goal was not inherent in the means. In the process of determining if yoga is secular or not, the US court was also forced to grapple with its own sense of secularism, embodied in the US Constitution’s First Amendment, a balancing act between showing state favouritism to a single religion or hindering the free practice of religion as a civil liberty. In other words, yoga became a way to understand secularism itself.

The questions in India now are: what will be the goal of instituting yoga instruction in Indian government schools? And how will this reflect upon India’s secular Republic?

Acknowledgements: For much of the survey of the yoga trial, we thank the work of Seth Powell and in particular his MA thesis at the University of Washington, “Yoga on Trial,” May, 2014. We’d also like to thank Radhika Govindarajan and Jayadev Athreya for helpful comments. Seth Powell gave extensive comments on this project at an early stage. Some of this text was delivered as part of the Soli Sorajbee Annual Lecture at Brandeis University in November of 2015. Our thanks to Harleen Singh for that invitation.

Christian Lee Novetzke is a Professor at the Jackson School of International Studies. His work includes The Quotidian Revolution: Vernacularization, Religion, and the Premodern Public Sphere in India (Columbia University Press, 2016).