For comedians, 2017 has been a breakthrough year, when they didn't shy away from taking down the rich, the famous and the powerful. 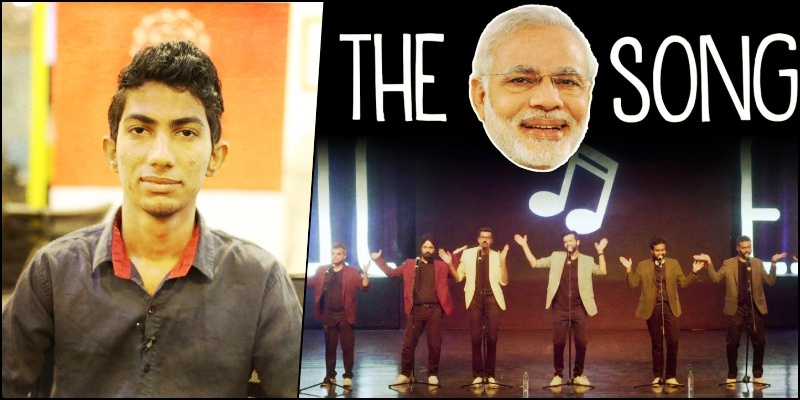 In October this year, a young comedian, competing in a television show on Star Plus, was told that his act imitating Prime Minister Narendra Modi would be dropped. It had already been recorded and the video, which started doing the rounds on social media, showed that the judges were quite amused. But the segment was never aired, and nor was another, where he mimicked Congress president Rahul Gandhi.

Shyam Rangeela was not fazed. He spoke about it to whoever asked, and in a video interview with The Wire, promptly did the same bit. Quite a change from even a year earlier, when it was a brave comedian who attempted Narendra Modi jokes.

“Stand up comics still hesitate to crack too many jokes about Modi, though it is much better than last year, when they were a strict no-no. It was too much of a risk to take,” a noted stand-up comic told me, but then promptly requested his name not be used. Attacking Rahul Gandhi, riffing on community stereotypes and geographical quirks is fine – Modi jokes are largely verboten, though some tentative steps are being taken.

It is another story online. The internet is awash with jokes by well known groups and obscure comedians who are going after the government’s policies with the glee of kids being allowed candy. Some are crude, others amateurish, but a few surprisingly smart and sophisticated. Many independent voices have emerged, such as Humans of Hindutva, who, on his Facebook page, makes trenchant fun of hardcore Hindutva-types – “bhakts”, often by writing in their voice. YouTuber Dhruv Rathee simply talks to the camera with a straight face, offering funny takes on the latest news, such as linking the game Kaun Banega Crorepati with the ‘prize money’ offered to harm the stars of Padmavati.

Then there are the groups. One such, which does some sharp satire is Aisi Taisi Democracy, a combo formed by Varun Grover, Sanjay Rajoura and the singer of the band Indian Ocean, Rahul Ram. With their po-faced sincerity, the three have not just become popular on stages all over the country, but have scored big hits with some of their songs.

Their latest, released recently, is the ‘History Song’, where Rajoura and Ram – Grover is a phantom presence represented by a handkerchief on a chair – talk about the brazen attempts to change established Indian history. It is a peppy number, but nowhere as catchy as their earlier ‘Ode to Demonetisation’, released in January 2016, which was based on a popular 1960s song. The song talks of how the poor were badly hurt by the government’s sudden decision to demonetise 86% of the country’s currency.

Demonetisation was a turning point, as is acknowledged by East India Comedy, a group of young comedians whose ‘The Modi Song’ cuts deep with its references to Amit Shah, Ambani and ‘Achche Din’. The language is sophomoric, with the occasion expletive, but it goes down well with the audience which roars its approval.

Demonetisation has featured in a large numbers of videos on YouTube, in English, Hindi, Tamil and many other languages. This year, the Goods and Services Tax (GST) found its way into a Tamil film, angering the BJP, which wanted the references edited out. Many female comedians have effectively used social media to poke fun at the government, though most videos by the likes of Aditi Mittal, Radhika Vaz and Mallika Dua (at least the ones available online) steered clear of political subjects.

In the US, which has a long tradition of political comedy, Donald Trump has come as a boon to late-night talk shows. Often the takes of John Oliver, Stephen Colbert and others hit home more sharply than the erudite editorials in the morning papers and the mainstream media.

In India, that trend has been slow in catching on, but comedians are latching on to the comic potential of taking on the government and the country’s popular prime minister, who is otherwise beyond limits in the media. In a country where the big mainstream media outlets, the respectable newspapers and the raucous channels tend to lean backwards to please the government, the comedians are emerging as a genuine and earthy oppositional voice. They not just speak truth to power, but also allow people to poke fun and ridicule at pompous egos.

Stand up comedy shows are limited in their reach, but the internet has opened up new vistas for not just established brands but newcomers who can assemble an act and put it out for the world to see and enjoy.

One such effort is by The Banned, a new outfit composed of a few activists who have been regularly releasing songs that make fun of the establishment. ‘Baar Baar Phenko’, another song inspired by demonetisation, is based on a popular 1950s number and is cleverly shot outdoors, with ordinary citizens participating. Their new one is ‘Oh Behre’ (O deaf one) and another, on Aadhaar, is in the offing. The videos are made with their own funds, but it is important, says a representative of the group, to get their point across.

For comedians, 2017 has been a breakthrough year and given their popularity, more budding comics – local and national, amateur and professional, mundane and clever – are bound to emerge. The large fan followings of most of these comedians showed that the audience too is in the mood for take downs of the rich, the famous and the powerful, whatever their affiliation. In an environment where dissent is viewed with suspicion and sentiments get hurt quickly, no-holds barred comedy – some subjects, like religion are still out of bounds – is a much needed safety valve to release pent up pressure.