The authors read passages from Rushdie's works on the steps of the New York Public Library's majestic central branch at 42nd Street and Fifth Avenue.

Salman Rushdie’s friends and writer colleagues spoke out against extremists and in support of his life and work during a rally on the steps of the central branch of the New York Public Library in midtown Manhattan Friday.

The rally was held a week after he was attacked in a rural part of the US state.

Rushdie was hospitalised and placed on a ventilator following the stabbing attack. His agent, Andrew Wylie, has said his condition has improved since then.

What happened at the rally for Rushdie?

Writers so famous they are celebrities, including Paul Auster, Gay Talese, Jeffrey Eugenides and Kiran Desai, were joined by editor Tina Brown in rallying to Rushdie’s cause and sharing their well wishes and reminisces of all Rushdie stood for as a writer and symbol of free expression.

They read from his works and shared reminisces of what all his work meant to them in their lives.

Eugenides recalled traveling to London and deciding he wanted to meet Rushdie at a time the author was on vacation in Italy, years before the declaration of a 1989 fatwa by Iran’s then Supreme Leader Ayatollah Ruhollah Khomeini. Eugenides said he merely left a note with his regards with Rushdie’s then mother-in-law at his then place of residence.

“That was the world we used to live in,” Eugenides said. 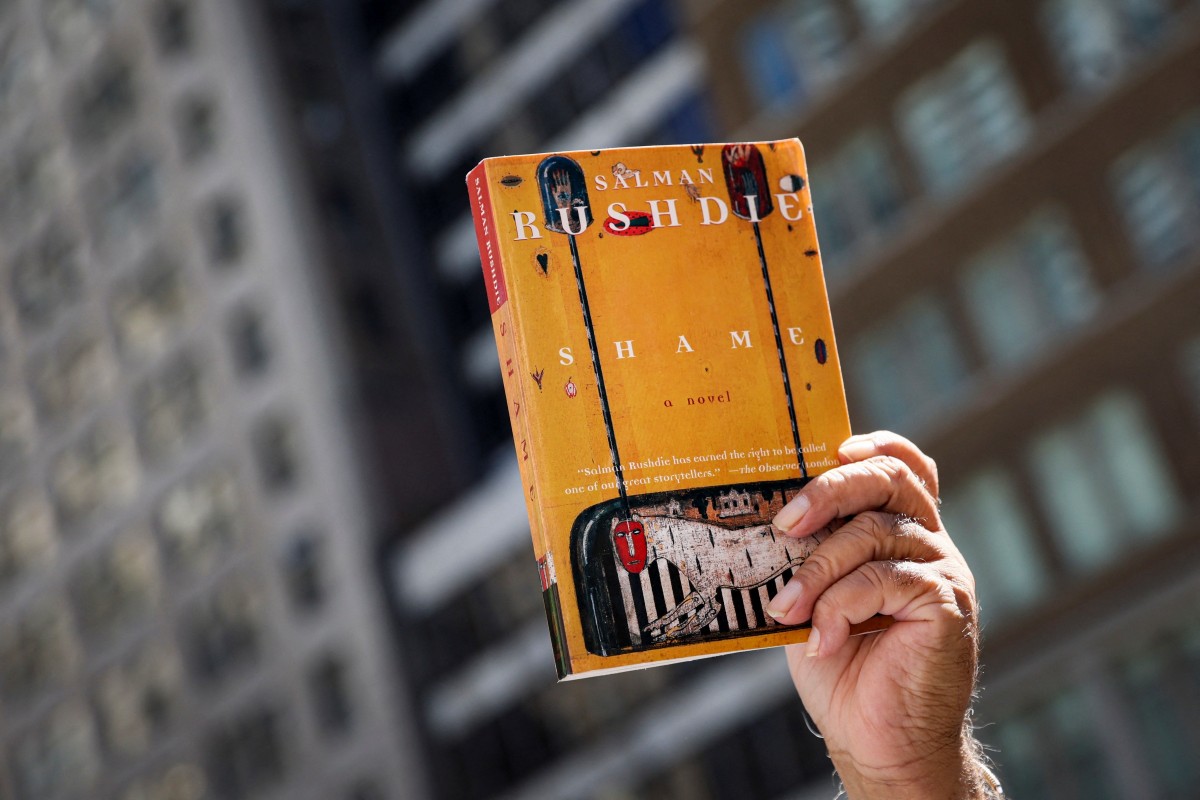 A supporter holds up a copy of ‘Shame’ by author Salman Rushdie while attending a reading and rally to show solidarity for free expression at the New York Public Library in New York City, U.S., August 19, 2022. Photo: Reuters/Brendan McDermid

The authors read passages from Rushdie’s works on the steps of the New York Public Library’s majestic central branch at 42nd Street and Fifth Avenue. They had a prolific collection of novels, essays and speeches to choose from — as well as from The Satanic Verses, the book that led to Rushdie’s troubles and Khomeini’s fatwa.

After Khomeini denounced the work as blasphemous and issued a fatwa against him, Rushdie spent years in hiding, though over the past couple of decades he had lived openly again in New York City with minimal security.

The New York Public Library, Rushdie’s publisher Penguin Random House, and the literary and human rights organisation PEN America organised Friday’s gathering which took place for over an hour under the aegis of “Stand with Salman.”

PEN CEO Suzanne Nossel said of the 75-year-old author: “He’s been a constant, indefatigable champion of words and of writers attacked for the purported crime of their work.”

Rushdie’s son Zafar Rushdie tweeted, “It was great to see a crowd gathered” outside the library. 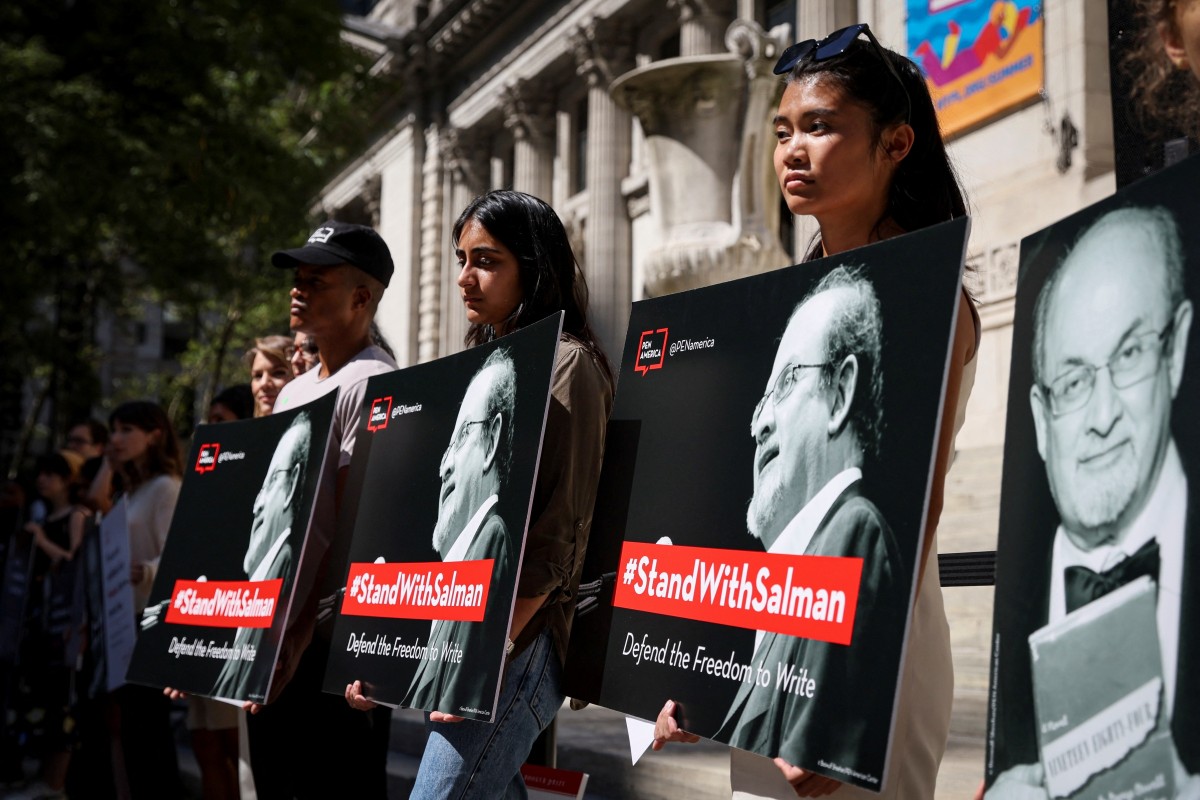 What is happening in the case against Rushdie’s attacker?

On Thursday, Rushdie’s suspected assailant was denied bail in Mayville, New York. He has pleaded not guilty to attempted murder and assault.

Earlier in the week, in a jailhouse interview, he told The New York Post that he was surprised Rushdie survived the attack while expressing admiration for the late Ayatollah Khomeini.

Rushdie moved to New York two decades ago and became a US citizen in 2016.