'Incredible India' is easier said than done. It's time the Modi government took concrete steps to harness and exploit our rich heritage.

A few years ago I was in Rekjavik, the capital of Iceland. After a busy day of sightseeing, I decided to step out for a post-dinner stroll. After a walk of few minutes from my hotel, I reached the local high street. Suddenly, I heard the strains of Chalte Chalte Mere Ye Geet Yaad Rakhan, a song I had written many decades ago.

I was surprised and then realised it was coming from a small Indian restaurant. I walked in and introduced myself to the young couple who were running the place. The way they greeted me was overwhelming. I have often come across Bollywood’s influence even in the most remote parts of the world. When I was the chairman of Reliance Entertainment, we invested in several companies in Hollywood including the iconic Dreamworks, run by Steven Spielberg. Over the course of my lifetime, when doing business with the global movie industry, one thing became clear: India’s significance in global culture is nothing to be pooh-poohed at and goes far beyond Bollywood, yoga and Indian food.

Since Jawaharlal Nehru’s time, India has used its culture – including films and music – to spread its global influence. In the new millennium, various governments and leaders including Prime Minister Narendra Modi have talked about India’s soft power. Yet, we have never really harnessed this strength. It’s not surprising therefore that in the recently released Portland USC report on global soft power rankings of countries, India doesn’t feature in the top 20. This is particularly unfortunate because India, intrinsically, has all the characteristics needed to be among the world’s leading soft powers.

The term ‘soft power’ was coined by neo-liberal academician Joseph Nye of Harvard University “to describe the ability to attract and co-opt rather than coerce, use force or give money as a means persuasion” in his 1990 book Bound to Lead :The changing nature of American Power. Since then, the term has also been used in context of increasing social and public perception through lesser visible lobbying (culture, sport, cuisine, art) in the global village. Today, we use words like ‘soft power’ and ‘smart power’ as analogous with the power of culture. The emergence of Pa-Americana symbols like Hollywood, McDonalds, Pizza Hut, KFC, Starbucks, space travel and so on. Lately, Google Facebook, Netflix are prime examples of American soft power.

Globalisation has not only created global brands but also certain omnipresent cultural imprints. A classic example is Hollywood which has become world’s preferred entertainment. Or what Chinese takeout has come to mean. Or yoga or football. Or how denim is an all-ubiquitous manifestation of a nation’s cultural influence.

With an estimated turnover of over $2.5 trillion annually, culture (excluding tourism and travel which is a similar amount) is one of the world’s largest industries. France, for instance, draws over 70 million tourists while India attracted a mere eight million last year. Some of this is purely because we aren’t doing justice to India’s rich heritage of architecture, craftsmanship, music, dance, food, clothing, spiritualism and religion colourful pagentry. ‘Incredible India’, it must be said, is easier said then done. Prime international destinations such as the Taj Mahal do not have international facilities. And what are we doing about it? Precious little. Touts and greedy, ill-informed guides put off most visitors.

We have also struggled to capitalise on our most-vaunted soft power export – yoga. While getting the United Nations to designate June 21 as International Yoga Day may have been a coup, we have not done much else to promote yoga-related tourism. Today, yoga teachers in the US make more money than traditional gurus in India. We have also struggled to cash in, both literally and metaphorically, our rich spiritual heritage. Besides being home to multiple religions, India is also the birthplace of Buddha. The much-talked about Buddhist circuit (despite money being pumped by Japan) is still languishing for want of travel and infrastructure.

Indeed, this is a common thread that unravels indefinitely. The Bihari tourist destination of Gaya does not have an international airport. Various Hindu pilgrimage sites lack clean toilets, especially in places like Varanasi or Mathura. And what of the global craze for holistic healing? India’s push for Ayurveda is still inadequate even though we have a dedicated ministry now for alternative and traditional medicine.

It is true that the ‘Incredible India’ campaign has become more successful after the visa-on-arrival system, but ease of travel is still an issue. 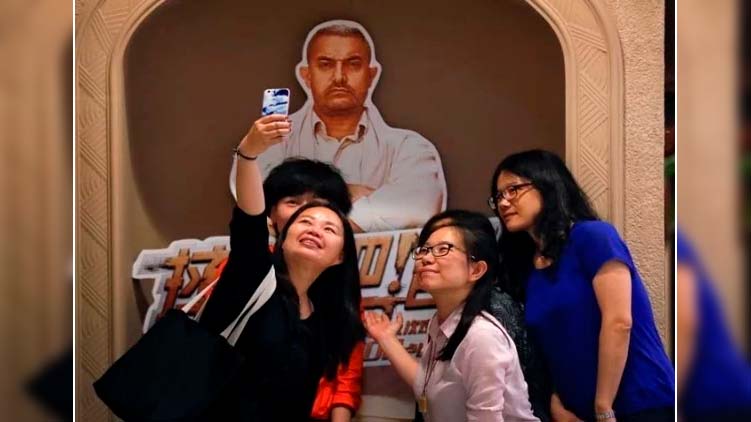 On Bollywood and music

One of India’s best known global brands is Bollywood. Fifty years ago, Indian cinema was extremely popular across Africa, Middle East, Eastern Europe and South East Asia. In 1957, Mother India became an international hit. Actor-director Raj Kapoor was mobbed on the streets of Moscow and Beijing. Dilip Kumar, Dev Anand and Nargis also had millions of fans in various countries. In the 1970s, and 1980s, Bollywood superstar Amitabh Bachchan demonstrated the same cross-border appeal. Today, there are exceptional examples – think Aamir Khan in China or Shah Rukh Khan in Germany – but the Indian film audience is still by and large restricted to South Asian diaspora only.

Both India’s film industry and the government have done little to leverage Bollywood and other regional cinema industries globally. While smaller countries such as South Korea and Iran are slowly finding mainstream acceptance, we are happy with our captive audience. Though we produce over 1,500 films annually (the most of any country), our share in global cinema revenue is a mere 1%. The Modi government, through an increasingly impoverished National Film Development Corporation (NFDC), participates in only a few international film festivals, with India’s presence still small and insignificant. The manner in which the government participates in these global film festivals is shoddy. It is clear that the NDFC and the department of film festivals are just not equipped to handle this. Truth be told, they spend most of their time looking after ministers and bureaucrats on foreign jaunts.

As for Bollywood, it appears that it is content with participating in dubious award shows and Indian stars and signers are satisfied in catering to the same South Asian audiences abroad year after year.

Some readers may recall the global fascination for musicians such as Pandit Ravi Shankar. Today, Indian music has many followers abroad but all we are treated to is the occasional concert organised by the Indian Council of Cultural Relations. If the current scenario is to change, both the government and the private sector need to work closely on this.

Nevertheless, apart from A.R. Rahman, India has struggled to put out international music icons – this has much to do with promotion as it does with actual musical talent.

Coming to Indian cuisine, I strongly believe we have the potential to go beyond chicken tikka masala. There are a handful of of chefs such as Gaggan Anand, Vikas Khanna and Atul Kocher who have made breakthroughs. But that’s it.

It is clear that all expressions of Indian soft power – spiritiualism, cinema, literature, cricket, Ayurveda, handircrafts and tourism need to be exploited. They need to be supported by actions and not words.

India’s culture, heritage and its pluralism are its strengths. Let us not waste them away in jingoistic sloganeering. We have the potential to be world leaders in not only economic terms but as a free, vibrant and dynamic nation. India must use its culture to leverage and accelerate its growth.

Prime Minister Narendra Modi is perhaps the most recent Indian leader who often talks about India’s soft power. It is time his government took concrete steps to harness it.

Amit Khanna is a senior Indian film executive, filmmaker, lyricist, poet and writer. He served as chairman of Reliance Entertainment for 15 years.