This isn’t the first time that digital content companies will have had to carefully navigate controversy and Indian politics. 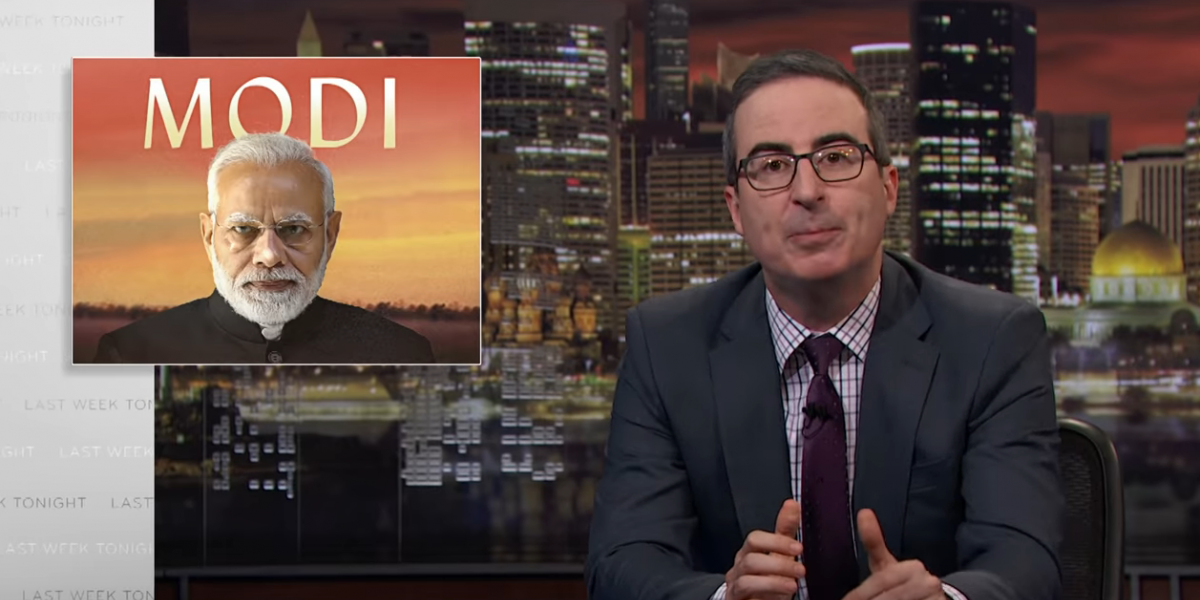 New Delhi: Speculation mounted on Tuesday evening over whether Disney-owned Hotstar may have junked an episode of ‘Last Week Tonight with John Oliver’, an Emmy-winning comedic talk-show that recently criticised Prime Minister Narendra Modi and the Citizenship Amendment Act.

The episode in question, which aired on the night of February 23 (Sunday), sees Oliver placing US President Donald Trump’s first visit to India in context with the current political scenario in the country.

“While Modi may have charmed Bear Grylls, the world, and our current president, in India he is an increasingly controversial figure because his government has pursued a steadily escalating persecution of religious minorities,” Oliver said in the episode, which can be viewed on the show’s YouTube account.

“The only glimmer of hope here is that for perhaps the first time in Modi’s whole career, his actions are creating a massive and sustained backlash.”

The episode also devotes a significant amount of time to the National Register of Citizen (NRC) controversy and how it targets India’s minorities.

While ‘Last Week Tonight with John Oliver’ is produced and aired in the United States on the HBO network, most Indian viewers view the series on the Hotstar streaming platform, which is owned by Disney.

Hotstar typically airs new episodes of the show every Tuesday at 6 am. When Indian users logged onto the platform on the morning of February 25 (Tuesday), they could only find older episodes, as the screenshot below shows. 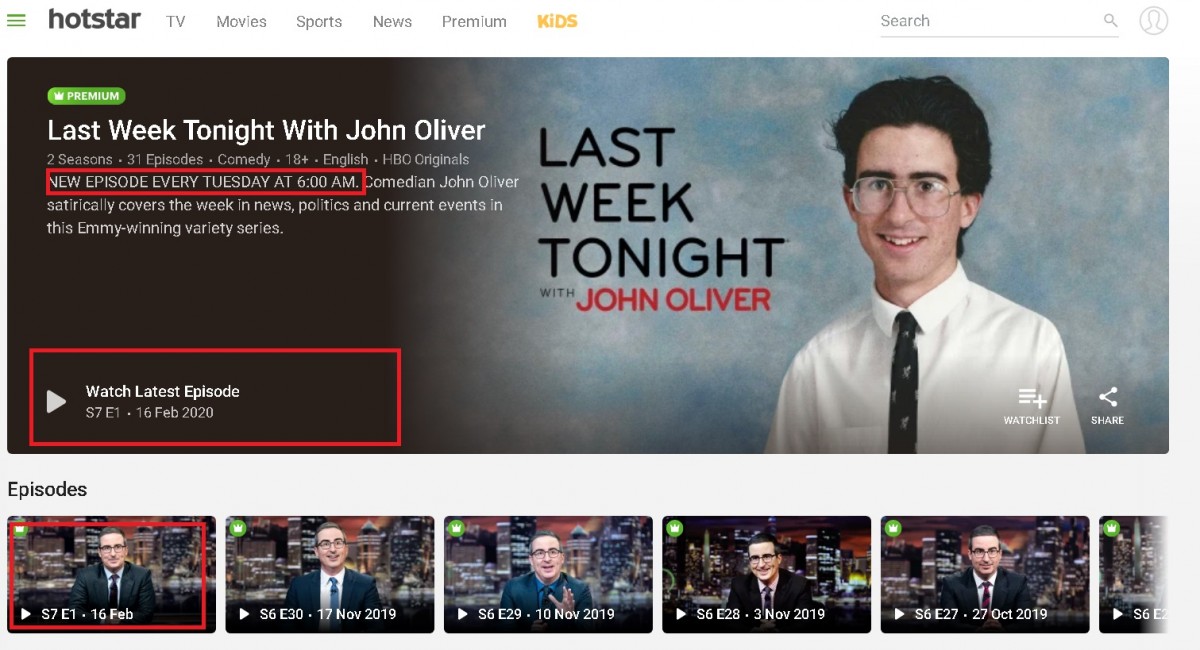 A screenshot of what greeted Indian users of Hotstar on Tuesday. The latest available episode is the one that was on February 16. Credit: The Wire.

Bloomberg reported on Tuesday evening that Hotstar had blocked the episode in question, presumably due to the manner in which it portrayed Modi and the CAA controversy.

The Wire could not independently verify whether the streaming service indeed plans on not showing the episode to its Indian audience. An email sent to Hotstar asking for a comment was not answered before publication of this article, and this story will be updated if and when a response is received.

The Information and Broadcasting Ministry however told Bloomberg that the government wasn’t involved in the matter.

This isn’t the first time that digital content companies and streaming services have had to carefully navigate controversy and Indian politics.

Amazon Prime, for instance, regularly censors any controversial content regarding cows or beef so as not to hurt ‘Hindu sentiment’. The Jeff Bezos-owned company also last year removed an episode of the CBS show Madam Secretary from its streaming service in India as it had references to the role that Hindu nationalism had played in the Kashmir region.

There is no specific censorship regulation that targets streaming services like Netflix and Hotstar in India, which is in stark contrast to the careful vetting that accompanies all movies that are released in cinema halls and theatres.