Why Do People the World Over Celebrate the Dead in Autumn?

What is it about November 2 that makes it imperative for various cultures to honour their dead on this day? 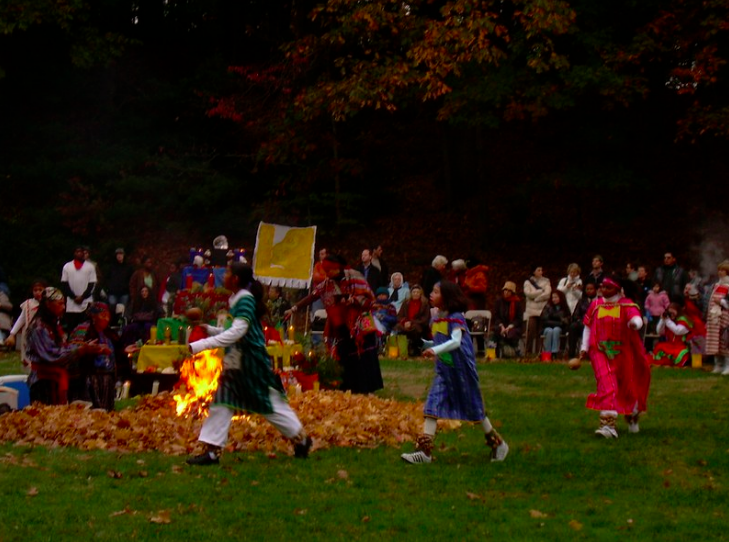 A celebration of El in the US. Photo: Ben Brophy/Flickr (CC BY 2.0)

Did you know that on November 2 every year, the dead manage to unite billions of living people all over the world?

Many of us know that it is ‘All Souls’ Day’ and that Christians visit the graves of departed family members. They lay flowers at their tombs and also light candles, which brightens these desolated cemeteries.

The lights remind us of Deepawali, but most of us fail to notice any relationship between these celebrations that, incidentally, are usually observed just a few days apart. In fact, we need to understand why it is during this October-November period that people all over the world celebrate the dead.

Why on earth does the line between the living and dead become the thinnest during autumn — when the spirits of ancestors and unsatiated souls come back to visit the living? 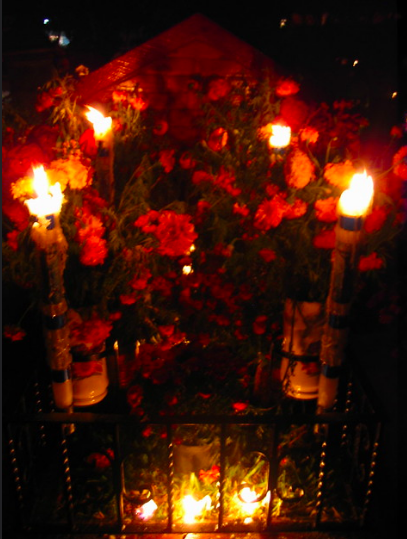 Let us try to understand this amazing phenomenon. Cultures and religions that are totally unconnected — all the way from Latin America to Europe and then to India and further on to Southeast Asia and the Pacific — believe in the same thing, that spirits of the dead are moving around freely in the world of mortals.

This is what the Markendeya Purana had said. “When the pitrus (the spirits of our ancestors) are delighted with sraddhas (offerings, rituals) they bestow long life, wisdom, wealth, knowledge, svarga, final emancipation from existence, and joys and sovereignty” (XXXII, 38).

Far away, we find that the famous French novelist, Marguerite Yourcenar, commenting that ”these autumnal rites are among the oldest celebrated on earth and in every country the Day of the Dead occurs after the last harvest, when the barren earth is thought to give passage to the souls lying beneath it.”

Come to think of it, more than 2,000 years ago, even the Romans observed a festival called ‘Lemuria’ with public sacrifices to propitiate evil spirits of the dead. They also visited cemeteries to share cakes and wines with the dead and it is this pagan ritual that was later subsumed by the Christian Church into All Souls’s Day in November.

Our tryst with our pitrs and bhoots begins with Pitru Paksha and Mahalaya in early autumn but continues through our ‘festival of lights’ that drives away dark spirits.

Let us recall how Kali Puja, that is observed on Diwali day in Bengal, Assam and Odisha harps repeatedly on the dead, the ghoulish and on cremation grounds. In fact, as we know the preceding day is called Bhoot Chaturdashi that is meant specifically to commemorate spirits of long dead people.

Even staunch Bengalis who celebrate dark Kali on the darkest day of the year, invariably place 14 lighted lamps in every possible corner of their abodes on the night before Diwali. They are meant to drive away those spirits that are evil — something like mosquito repellants.

Many Indians also eat 14 leafy vegetables for both their meals on this Chaturdashi or the 14th day of the dark phase of the moon, in the month of Kartika. This is supposed to act as an antidote against bhoots. And, let us not forget that Bhai Dooj is meant to ward off Yama Raja, the king of death.

In the month of Kartika, several Hindus have another ritual of hoisting lights on top of tall poles on their roof tops.

These are known as “akash pradeeps” or sky lanterns and are meant to guide spirits roving in the sky to kindly return to their Yamalok or literal underworld. This ritual has lost much off its popularity after phantoms started crashing multi-storied buildings or maybe they do not require our guidance any more because they use GPS.

In many parts of Uttar Pradesh, the festival of Kartika Poornima is celebrated as Dev Dipawali and Varanasi has a special custom of lighting thousands of lamps on the ghats, mid November.

But, let us leave our desi ghosts and go over to Mexico, where the second of November is celebrated as ‘El Dia de los Muertos’, the Day of the Dead. This dia is obviously a festival that dates back hundreds of years to pre-Christian rituals, more specifically to the ancient Aztec worship of death.

Mexicans actually have a lot of fun in lightening up the grim atmosphere. Several colourful processions are brought out — with people dressed as skeletons, ghosts and spirits.

To make sure that the ghosts who follow them home are not angry or hungry, Mexicans leave bottles of tequila and baskets packed with food and sweets outside the homes. The conscientious ones also leave pillows and blankets for them, to rest in their long journey.

People in Portugal, Spain and in other countries of Latin America also make special offerings called ‘ofrendas’ to please the dead.

Many line up at cemeteries to place selected flowers on the graves of their forefathers. The indigenous people of the Andes in South America have their own way of of venerating the tombs of their ancestors and they actually preserve their skulls at home for bringing out during such rituals. 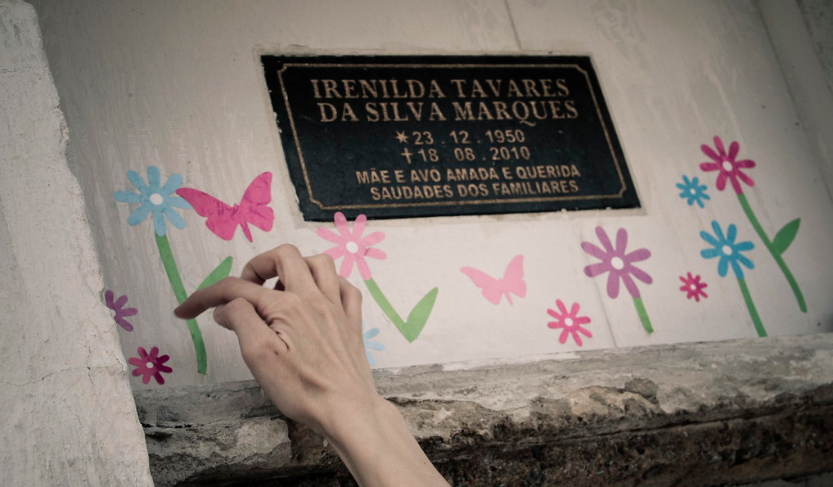 A Brazilian offers respects at a grave on the occasion of Finados or Day of the dead, on November 2. Photo: Yuri Kiddo/Flickr (CC BY-NC 2.0)

On the November 9, these skulls are dressed up with clothes and cigarettes are inserted between their clenched teeth. Bottles of alcohol are invariably offered to them. In fact, throughout the year, the Andeans carry bones of their dead with them for protection.

Brazil declares a public holiday called ‘Finados’, Day of the Dead, on November 2 and their very grand rituals combine colourful cultural contributions from Africans, their former slaves, and also the conquered indigenous people. Ecuadorians make a special bread filled with sweet guava paste to satisfy their ancestors, while Guatemalan fly giant kites to reach their dead who are supposed to be flying around.

On the other side of the globe, the Catholics of Philippines make it a point to visit the graves of their ancestors to pay homage. Many go to the extent of spending the entire night in the graveyards, by playing cards, eating, drinking and even dancing.

A month before, Cambodians celebrate  ‘Pchum Ben’, one of their most important holidays of the Khmer religious calendar. They gather at pagodas, wearing white to signify mourning and pay respects to their ancestors during this fortnight-long festival. Buddhist monks help transfer their offerings of food and drink to their ancestors so as to alleviate their suffering in the other world.

Other Asian cultures also have identical customs and similar events a little earlier or late, depending on the their harvests. Buddhists and Taoists in China, Singapore and elsewhere spend August as the ‘Month of Hungry Ghosts’.

They honour their dead family members and at the end of the month, which is close to our Pitru Paksha, they organise a grand festival when millions of lamps are lit, to float in water bodies. Japan also has its picturesque ‘Obon’ festival of lamps in August, where food is dedicated for dead relations. 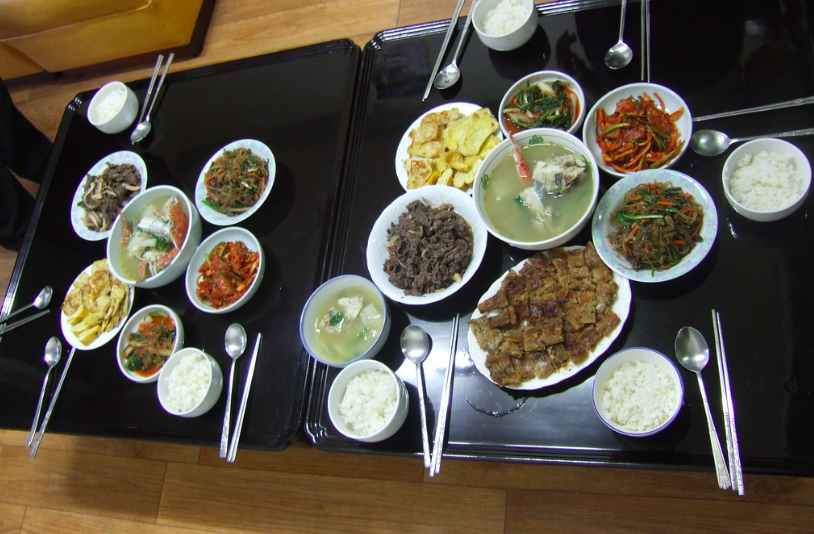 In Korea, ‘Chuseok’ is a major traditional holiday in September, when ancestors are worshipped and their tombs and graves are cleaned up. Even certain denominations of Muslims in many countries respect their dead during the night of ‘Sab-e-Barat’ — which is held according to their strict lunar calendar.

Celtic civilisations in Europe still hold on to several pre-Christian customs and their festival of ‘Samhain’ (pronounced as Sahm-wean) is on the October 1, which is either in our Pitru Paksha or very close it. They remember their dead and believe that they return home during this phase to garner respect and take food from their descendants.

Scottish and the Irish traditions also believed that spirits or mischievous fairies needed to be propitiated, to ensure that humans and their livestock survived the winter. After harvest, they enjoyed one last big feast, just before winter set in, where they invited the souls of dead kin and set a place at the table for them, with separate food and drink. A strange part of the festival involved people going door-to-door in costumes or in disguise, often reciting verses, in exchange for food.

This custom became the “Trick or Treat” ultimatum that American kids give to their elders during Halloween, as they knock at each doorstep in the neighbourhood, demanding that they be rewarded with cash, candy and gifts. Americans traditionally celebrated Halloween with hollow pumpkins where the eyes and lips are cut out in crazy shapes. The American Retail Foundation estimates that over 6 billion dollars or 40 thousand crore rupees are spent each year on sweets, cosmetics and ghoulish décor during Halloween.

By now, we must all be pretty exhausted with our global journey. But then, what we learnt through this circumnavigation is that there is a unique (or eerie) strand of unity that binds the dead together — to come out, almost in unison. If people across this planet can celebrate death so harmoniously, and the dead could bring us all together, can we, the living, not take some special efforts to remain together — in peace?