Why Cat Stevens Matters More Than Ever Today

At a time when so many are encouraging racism, hate and bigotry wholesale, the world desperately needs more people like Cat Stevens – a peacemaker who calls out to the best in us. 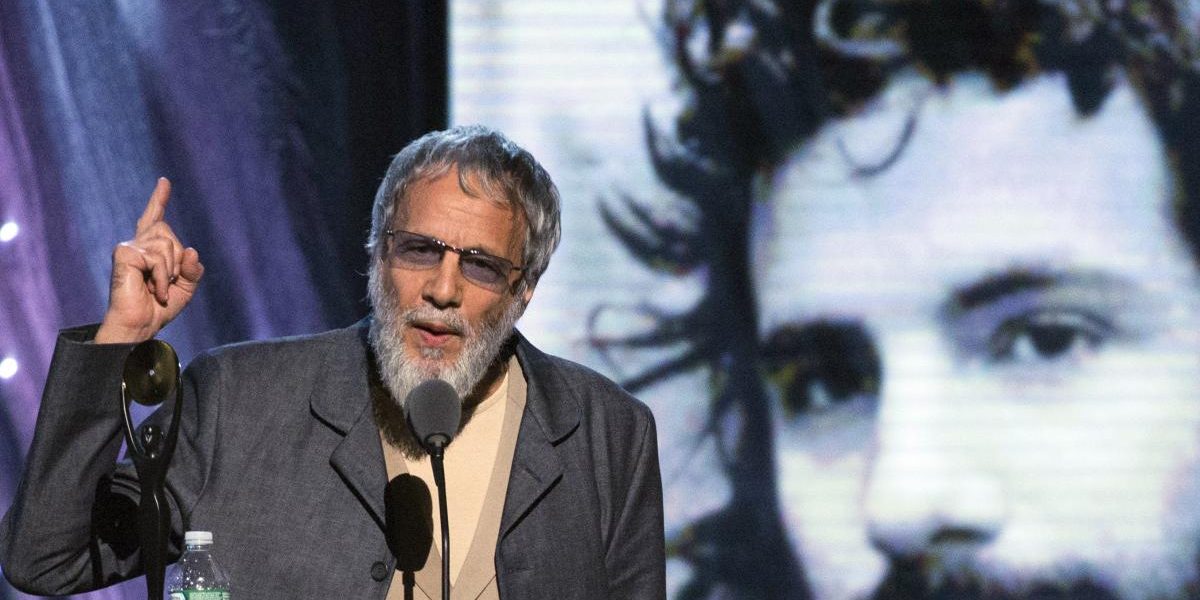 When Zaira Wasim announced her decision to leave Bollywood to return to the folds of her faith, the furore it created reminded me of another instance from another time, which was even more sensational – Cat Stevens’s conversion to Islam in the 1970s and subsequent departure from the world of music and stardom.

The British pop icon’s journey from the world of music to the world of religion and back again is especially relevant to the times we are living in, not the least because it challenges several stereotypes surrounding those who feel called to follow the Islamic faith.

Born in 1948 on this day – July 21 – to a Greek Orthodox father and a Baptist mother, Stevens grew up in London and became a singing sensation at 18. Songs like ‘I Love My Dog‘, ‘Matthew and Son‘ and ‘The First Cut Is The Deepest‘ established him as one of the most prolific songwriters and performers in the music industry of the day. And though his conversion to Islam a few years later shocked his fans around the world, in reality, it wasn’t as sudden as it seemed. In his own words:

“As a young man searching for wealth and success, at first, then almost dragged underground after a battle with fame and Faustian demands of the music business, I was hospitalised with a thing called tuberculosis. Then started my most important journey: the search for meaning.”

The months he spent recovering from TB in the hospital changed Stevens profoundly and the songs he produced thereafter reflected this transformation. His lyrics became the heart cry of the seeker, and songs like ‘Moonshadow’, ‘Where Do the Children Play?’ ‘Morning Has Broken’ and ‘Peace Train’ went on to become anthems for peace and the quest for a better world.

But his most life-altering moment probably occurred in 1975. Swimming in the Pacific Ocean off the coast of Malibu, Stevens suddenly found himself being swept out to sea on a strong undercurrent. Facing what looked like imminent death in the ocean, he says he told God that if he survived this, he would devote himself to a life of service. Almost immediately, a gentle wave carried him back to the safety of the shore. One thing led to another and in 1978 Cat Stevens became Yusuf Islam. In 1979, he officially made the break from the world of music.

His fans around the world were heartbroken and upset, of course, but Yusuf/Cat Stevens had made his choice. When asked about his departure from pop music, he explained how his transition to Islam began when he began reading a Quran that his brother had gifted him and began to identify more and more with the story of Joseph, “a man bought and sold in the market place”, which is how he said he had increasingly felt within the music business.

About the Quran, Yusuf said:

“Far from the foreign, Arab-centric emphasis I expected, the Quran presented a belief in universal human values; it did not discriminate against races, it only judged their behaviour. We may be different colours and from different tribes … but we are all human beings.. So it was not exclusivist in the sense that it acknowledges other cultures and faiths co-existing at the same time. That was certainly news to me!”

“I had been singing about doing so many great things and changing the world but the Quran says to me, ‘If you can’t change what’s within you, you can’t change anything… Gluttony, conceit, envy, ego, all these things are against Islam … My religion teaches me to worship God and to care for the poor and the oppressed.”

And care for the poor and oppressed he has. Yusuf Islam’s faith has inspired him to do a tremendous amount of charity work around the world, including helping the survivors of war-torn Bosnia. His charity, Small Kindness, looks after over a thousand orphans in Indonesia and Iraq as well as in the Balkan countries.

This is not to say that his life has been without controversy. In 1988, he was accused of supporting Ayatollah Khomeini’s fatwa against Salman Rushdie, a charge he emphatically denies. Like many other Muslims, he too has had to face his share of anti-Muslim discrimination, such as the extreme vetting he recently faced, ironically, on a trip to the US where he was inducted into the Songwriters Hall of Fame. Yusuf nonetheless continues to promote a message of peace and tolerance and is very open about his evolution as a human, a singer and a Muslim.

Not afraid to acknowledge that he may have been a bit too severe in the early practice of his faith, Yusuf admits that he has learned moderation and temperance over the years:

“I once went through a stage where I turned my back on everything that I’d done before, but of course that was a radical and overzealous reaction to the spiritual happiness that I’d felt in Islam.”

And though he had completely stopped playing music, he once again picked up his guitar in the aftermath of the 9/11 attacks and stepped onto the world stage to sing for peace. The reception he received was warm and enthusiastic. The voice that sang ‘Father and Son‘, ‘Wild World‘ and ‘Peace Train‘ is now richer than ever, and continues to enchant and comfort audiences around the world. Yusuf says:

“Art itself is an aesthetic crossroad, where cultures and civilisation freely mix peacefully without borders or passports. It is the way in which we can trade with each other the fruits of our beliefs and ideas, in symbols and through prose, the mysterious sentiments and beauty of our faith and eternal hopes.”

“I don’t think that God sent us prophets and books to fight about these books and these prophets. But they were telling us, actually, how to live together. If we ignore those teachings…whichever faith you belong to, you profess, I think we’ll be finding ourselves in an even deeper mess.”

At a time when so many are encouraging racism, hate and bigotry wholesale, the world desperately needs more ‘elders’ – those with wisdom, humility, compassion, life experience and a voice to help others find their way through the turbulence and darkness of our times. An elder is one who transcends the ‘us vs them’ dichotomy and brings people together, a peacemaker who calls out to the best in us. An elder is a light, not a judge; a role model, not a critic.

Cat/Yusuf Islam left the stage as a young man searching for his purpose. He has returned to it as an elder.