When the Naxals Speak Your Language

Naxal songs and other forms of entertainment in local languages have become, not just the driver of an underground pop culture, but also an efficient way for the rebels to get their worldview across. 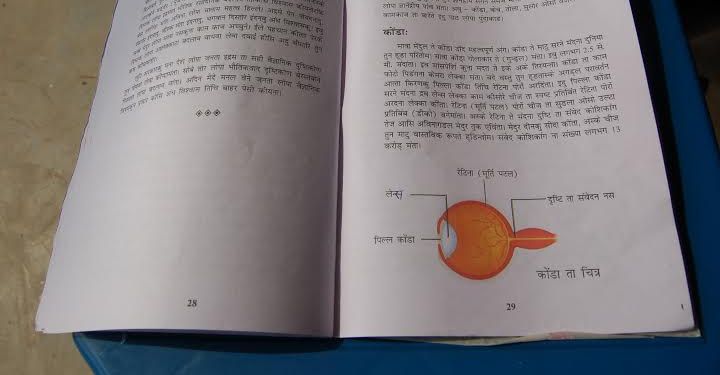 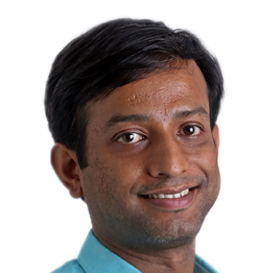 Bijapur, Chhattisgarh: It is early December. A chill has started to descend along with the opaque dark that cloaks Bijapur’s jungles every night. A few locals in Bedre, a small village on the banks of the Indrawati and next to the border with Maharashtra, have gathered around a crackling fire.

Without televisions in most households, congregating around some warmth is how villagers here like to keep themselves entertained on long winter evenings. One of them, a government worker, flicks open his phone. He decides the occasion merits a song.

I await a mawkish Bollywood number. It is all I have heard public bus stereos belt out in Chhattisgarh. On these long, rough journeys, escapist refrains have turned out to be a favourite of the people here, scarred, not unlike their roads, by the persistent Naxal conflict.

Instead, a booming female voice plays out of his phone. An infectious rhythmic drumbeat and a rousing chorus roll in to keep her company. “Jaburjaburjangalte deke atina, laljhandalaltenima des kinaam…” the Gondi recording progresses.

She is singing of her love for her hero, not one who cavorts to woo her but a martyr who has died defending her land. “The beauty of the jungle you fought for misses you. Where are you? Where is your voice? We can’t hear it.” There’s little doubt about the song’s provenance and loyalty; it is one performed to support the Naxals. But this gathering is one of ordinary villagers, not Naxal cadres bonding around a boot-camp bonfire. Why would they play a rebel song openly, and before an outsider?

The rebels on the radio

Their daring shows how wide a net Naxal songs have cast in this region, even among those indifferent to the Naxal cause. This connect exists primarily because the songs are sung in local tribal languages like Gondi and Halbi. “Every now and then we listen to these songs to kill time. Even some of the local policemen have these songs on their mobiles,” says one of the villagers. Locals often download these songs to their phones when in town, at one of the ubiquitous stalls stocking devices with music and videos.

With Hindi still largely alien for many in this part of the state, Naxal songs and other forms of entertainment in local languages have become, not just the driver of an underground pop culture, but also an efficient way for the rebels to get their worldview across and get closer to the locals. This strategic use of indigenous languages is something the state has overlooked, transfixed as it remains on “mainstreaming” tribals by getting them to learn only Hindi.

Nowhere is this divide more evident than in Chhattisgarh’s schools. While the state continues to neglect tribal languages in its textbooks, Naxals have, in their schools, always given prominence to Gondi. This writer accessed rare textbooks produced by the Dandakaranya Vidya Vibhag (DVV) in Gondi, including those in mathematics and science.

The DVV is an education wing responsible for producing an array of educational content in Gondi, published mostly using desktop printers or even crudely handwritten and then photocopied for mass circulation. They represent a significant win over the state, one that the Naxals have pulled off convincingly. 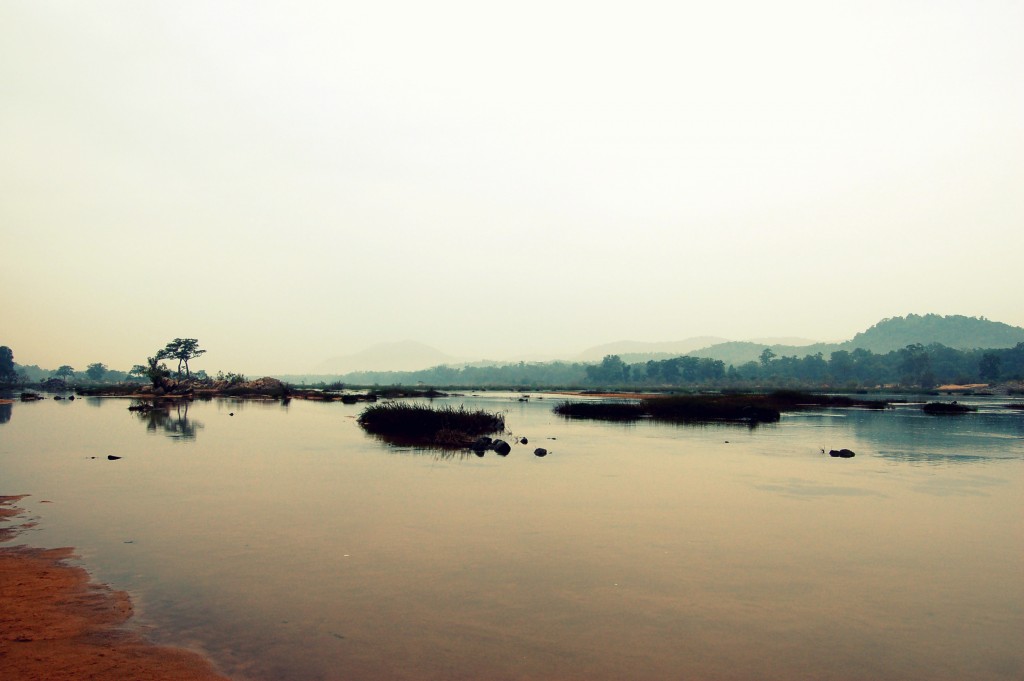 The Indrawati River, near the village of Bedre, in Bastar.

A former divisional level Naxal cadre member also confirmed that Naxals once dabbled with setting up an indigenous script for Gondi, which is currently written primarily in Devanagri. It was another attempt to create a distinct identity for the tribals and elevate the language’s social status. Teams from Gondi-speaking regions across various states gathered every 15 days to come up with suggestions for the new alphabets. The effort didn’t get far, though.

“The last letter I recollect being designed was ‘T’ in 2013, after which the work was handed over to the DVV. We failed to come to a consensus on subsequent designs,” he says. The Indian state, on the other hand, still shies away from including Gondi (with over 2.5 million speakers as per the 2001 Census) in its Eighth Schedule, a list of languages it prioritises and one that includes those with far fewer speakers than Gondi.

Another linguistic and cultural channel of their public outreach machinery is the Chetna Natya Manch (CNM), a folk theatre and dance troupe. In this region, where electronic forms of entertainment (even radio) are difficult to come by, especially in local languages, live performances in them are enormously popular.

Surrendered Naxals this writer spoke to reconstructed a large repertoire of songs and drama that deal with some of their key grievances – “the Indian state’s exploitation of tribals and their resources” and the “collusion between capitalist and casteist forces”. So successful has the CNM been at consolidating ground amongst the tribals that the police in Sukma district, arguably the most vulnerable zone in Chhattisgarh, set up a similar troupe last year to disseminate the state’s counter-narrative. A biology manual issued by the Dandakaranya Vidya Vibhag, a Naxal education wing, explaining the structure of an eye. Credit: Debarshi Dasgupta

The use of local languages is also central to the Naxals’ other outreach work, like that concerning agriculture and medical activities. Advice for farmers put together in a Gondi book includes tips on the entire gamut of farming and animal husbandry. Likewise, medical workers carry around Gondi manuals that have been translated from English. This writer possesses a copy of one such manual, rich with diagrams, of the human anatomy.

It is not just their knowledge of Gondi that this literature embodies, but their enviable understanding of the local flora and fauna. Another publication with this writer, “Mava Jangal, Mava Dawai”, handwritten and photocopied, is a prized repository of knowledge about Bastar’s medicinal plants. To treat dysentery, for instance, it prescribes the daily use of the powdered root of ‘yen’, one such local plant. The state, however, has had little time for this tribal wealth, focused more on the resources that lie underground.

This extensive use of Gondi and other local languages by the Naxals is something the government has never sought to or been able to match. If children at Naxal schools have always studied Gondi, students at Chhattisgarh’s schools have only been recently and grudgingly given this right in limited chapters.

If Naxal Gondi songs have kept tribals entertained for years, the government has offered practically no place to tribal languages on its radio services. And if non-tribal senior Naxal leaders learnt and mastered their hold on Gondi the hard way, many senior functionaries of the government are, somewhat obtusely, still not convinced of the need to learn tribal languages.

Sending the state back to school

Given this dichotomy, Manish Kunjam, Bastar’s former Communist Party of India MLA, wonders who the real ‘outsider’ is. It is a boilerplate label used by government officials to present Naxals as being different from the tribals, whose cause, the state argues, they exploit. “Is the Naxal leader an ‘outsider’, despite being the one who has mastered the adivasi’s language and culture?” Kunjam asks. “If this is the case, how much of an ‘insider’ is the government official, one who is completely out of touch with the tribal and what he represents?”

Full citizenship for adivasis requires the state to make space for their languages. “But in practice that has not happened,” says Ganesh Devy, Chair of the People’s Linguistic Survey of India. “Their anger – expressed through violence – is born out of the sentiment of feeling ignored, neglected, marginalised and threatened. A proper language recognition should mend this situation to some extent.”

Being perceived by the adivasis as one of their own has to be a cornerstone of the state’s plan to win its battle against “India’s biggest internal security threat”. Beyond the more tangible manoeuvres to maintain security and develop infrastructure, softer approaches that respect local languages need to find their way into the government’s strategy manual. This approach implies not just linguistic sensitivity but also respect for the tribal lifestyles, culture and knowledge that are expressed through these languages.

Acknowledging this and acting on it is something the Naxals have done exceedingly well. The state has dawdled, mainly because it sees little role for indigenous languages in the future envisaged for adivasis. A hoarding at the Dantewada Collectorate depicts that future well. Tribals are lured to join a local vocational school with pictures of alumni who have ended up as waiters and mechanics. Become accessories to assist India’s indefatigable growth – this is the dream the state is selling to its indigenous population. Which is perhaps why its linguistic outreach towards them, as Thakur Ramesh Khushro, managing editor of tribal monthly Gondwana Darshan, says, is more of  “aupcharikta” (formality) than “gambheerta” (sincerity).

Debarshi Dasgupta is a National Foundation for India Media Fellow, working on linguistic aspects of the Naxal conflict.