Whatever You Do, Don’t Become an Artist: Revisiting Prabuddha Dasgupta

Public memory of his work is usually limited to his huge catalog of fashion commissions and celebrity portraits. 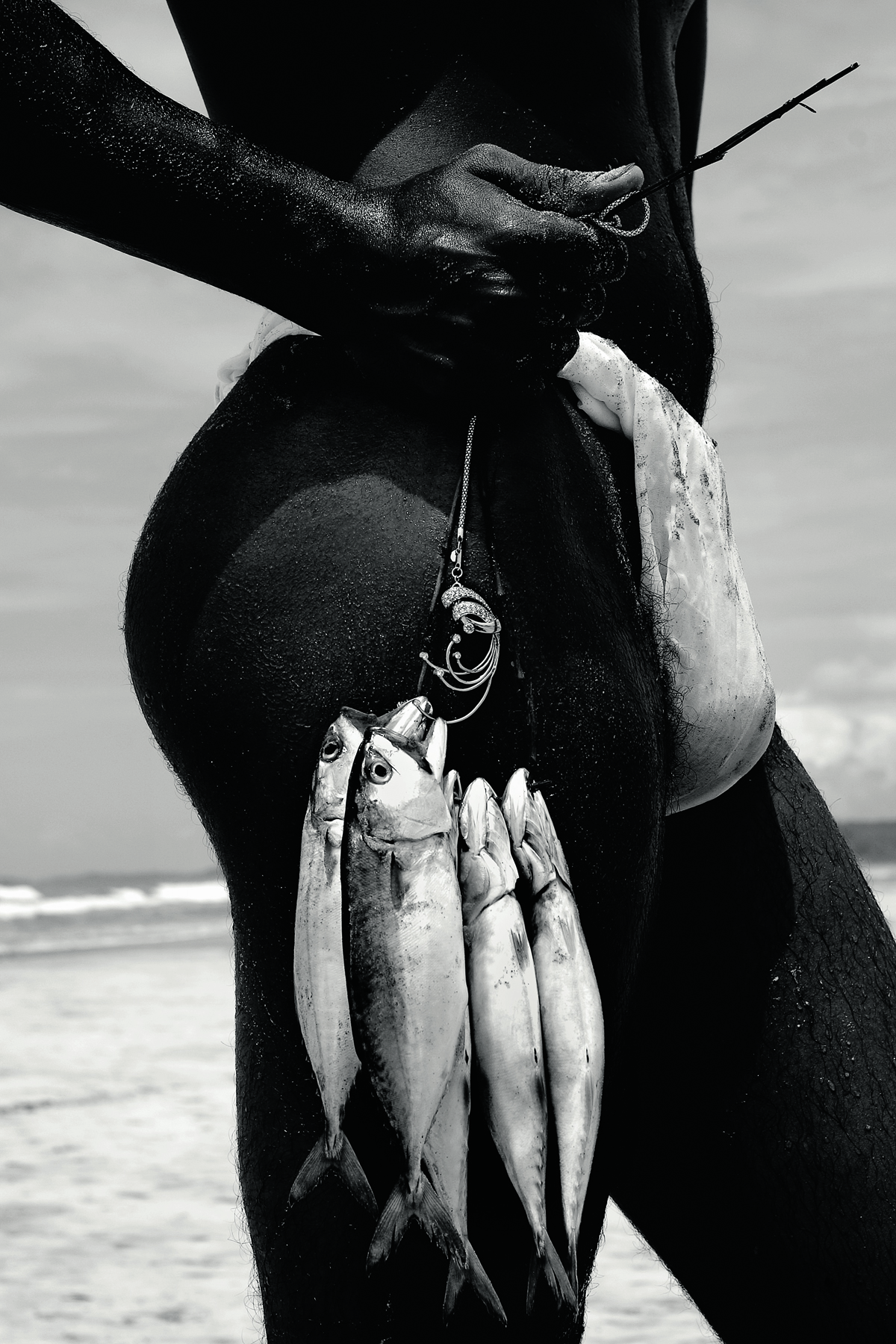 For the Ganjam catalogue, Goa, 2004. © ESTATE OF PRABUDDHA DASGUPTA

On September 19, the National Gallery of Modern Art hosted the opening of Prabuddha Dasgupta: A Journey, a retrospective on the work of a man regarded as one of India’s finest photographers in the past two decades. A giant crowd of artists and aficionados filled the auditorium well beyond its capacity, then poured into the exhibition space, still swelling in numbers, in a state of excitement that hadn’t been witnessed at the NGMA since Anish Kapoor’s solo exhibition five years earlier.

Suddenly, the cacophony was punctured by the screech of hundreds of sasta Chinese whistles. A group of students from the Delhi College of Art, accompanied by the artist Inder Salim, sought the attention of the crowd to voice concerns about the present cultural administration in the country. For the Ganjam catalogue, Goa, 2004. © ESTATE OF PRABUDDHA DASGUPTA

Prabuddha was born in 1956, when his father Prodosh Dasgupta – a pioneer of contemporary Indian sculpture – was professor of sculpture at the Government College of Arts and Craft in Calcutta. A few years earlier, Prodosh had started to display slides which he had made at his own expense, of photographs of sculptures collected from his travels around the world. They were nudes: mythological figures in Italian marble, Hindu deities cast in stone in Cambodia, and Prodosh’s own studies sculpted using live models during his time at the Royal Academy of Arts in London.

They were shown in the same sequence to his eager students, who were often joined by a curious crowd from the painting section. Prodosh’s classes brimmed over, and the principal of the college eventually prohibited the slideshows, and barred students from the painting section attending his classes. The situation presaged the present scenario at the Delhi College of Art, where students from one department are apparently forbidden from walking into others, and inter-disciplinary engagement is discouraged. In 1957, Prodosh was appointed director of the newly-opened NGMA in New Delhi. Those premises became the setting for Prabuddha’s childhood. Here, he and his elder brother Pradeep grew up playing among the bathing women of Amrita Sher Gil and Ravi Varma, as well as the standing relics of pre-Mughal Indian sculpture at the National Museum: naked apsaras and goddesses, full-breasted and voluptuous, to which Indians had prayed since ancient times. But neither of the two sons was ever encouraged to handle clay. Pradeep explained: “It’s what our father always told us: Whatever you do, don’t become an artist.”

This was only the beginning of the complex role that Prodosh Dasgupta had to play in Prabuddha’s vision. His father’s doubts about the artistic potential of the photographic medium were mostly directed against its use of colour: in 1955, in the text accompanying his first exhibition catalogue, Prodosh wrote about how commercial photography threatened “the very existence of sculptors” with its gratuitous use of colour. The study of the female body was however a privileged theme in his work, allowing him to abstract the subject into “an interplay of gliding forms, one merging into another or one emerging from another, creating a sense of rhythm”.

Years later, Prabuddha would make a radical departure from the saturated hues of the 1990s, and work almost entirely in black and white. Public memory of his work is usually limited to his huge catalog of fashion commissions and celebrity portraits. It was for one of these glamorous assignments, the Tuff shoes ad campaign in 1995, that Prabuddha created one of the most iconic images of his career. It was the black and white photograph of a pair of models, their bodies entwined, wearing nothing but white Tuff sneakers and a python dangling from their shoulders. The controversy that the ad produced, the harassment that followed, and the court case filed by a Shiv Sena party worker against the agency, the models, and the photographer, led Prabuddha to respond with his first publicly released body of personal work. This was Women, a collection of anonymous, black-and-white female nudes – an allegorical catalogue, in a way, of the photographic and sculptural nudes once held back from his father’s students.

Prabuddha turned a regressive situation into an opportunity to reflect on his own role as an artist. His later inquiries took the form of spiritual quests, first in his melancholic landscapes for Ladakh (2000), and then in the detailed portraits of the Goan Catholic community in Edge of Faith (2007). His approach to his subjects was full of grace, and in his lifetime, Prabuddha himself seemed like a certain embodiment of this word. The empathy that he shared with his subjects was taken to a new level with his most ambitious – though unfinished – project, The Longing, an intimate yet abstract journal of his life. These photographs, as Geoff Dyer noted in the text accompanying the series, “attach themselves deeply to the spectator, while simultaneously floating free of conscious life and memories, refusing to become part of the documentary or circumstantial record”. We feel the proximity of the camera with the subject in The Longing, to the point that we feel the camera – the eye of the photographer – move in the space around the subject; we feel the movement of the artist in the blurriness of the photographs, and thus his presence amongst us.

Prabudha died in 2012, but the retrospective of his work at the NGMA testifies to a quiet victory against ideas about uniform, conservative Indian culture. The NGMA should be applauded for it, and for seeing through the twin blinds of commerce and conservatism, to the coded message of encouragement that Prodosh gave to his sons: Whatever you do, never forget that an artist is exactly what you are.

Piyush Wadhera is an art historian living in Paris.

Prabuddha Dasgupta: A Journey is open to the public until Sunday, November 22. National Gallery of Modern Art, Jaipur House, India Gate, open Tuesday to Sunday, 10am-5 pm (closed on Mondays).