With increasing communal polarisation, the festival is an an effort by a variety of people to capture the more inclusive essence of Varanasi. 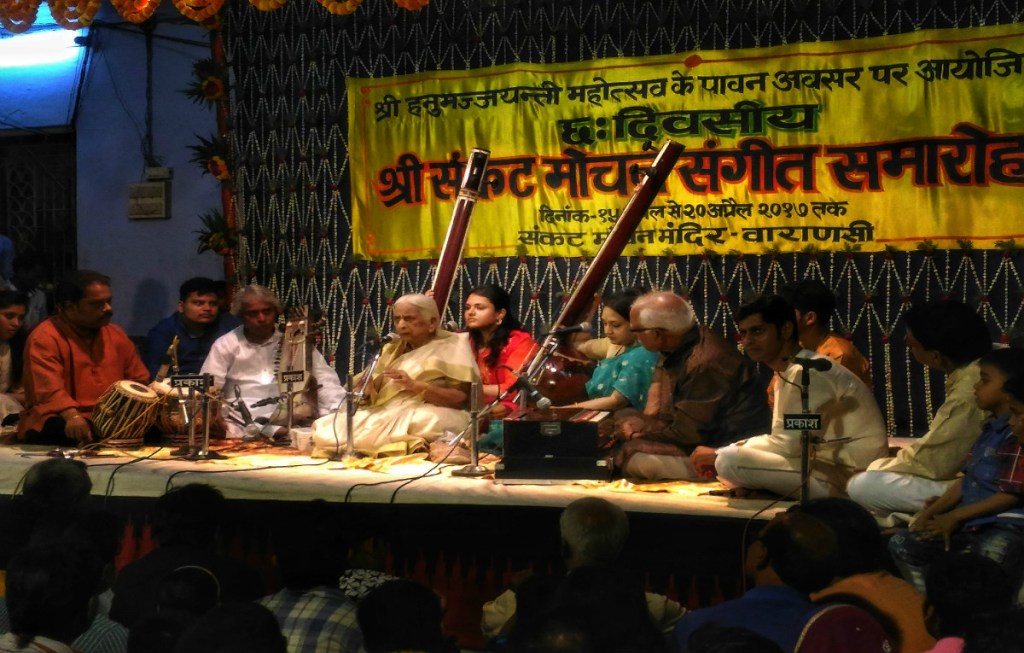 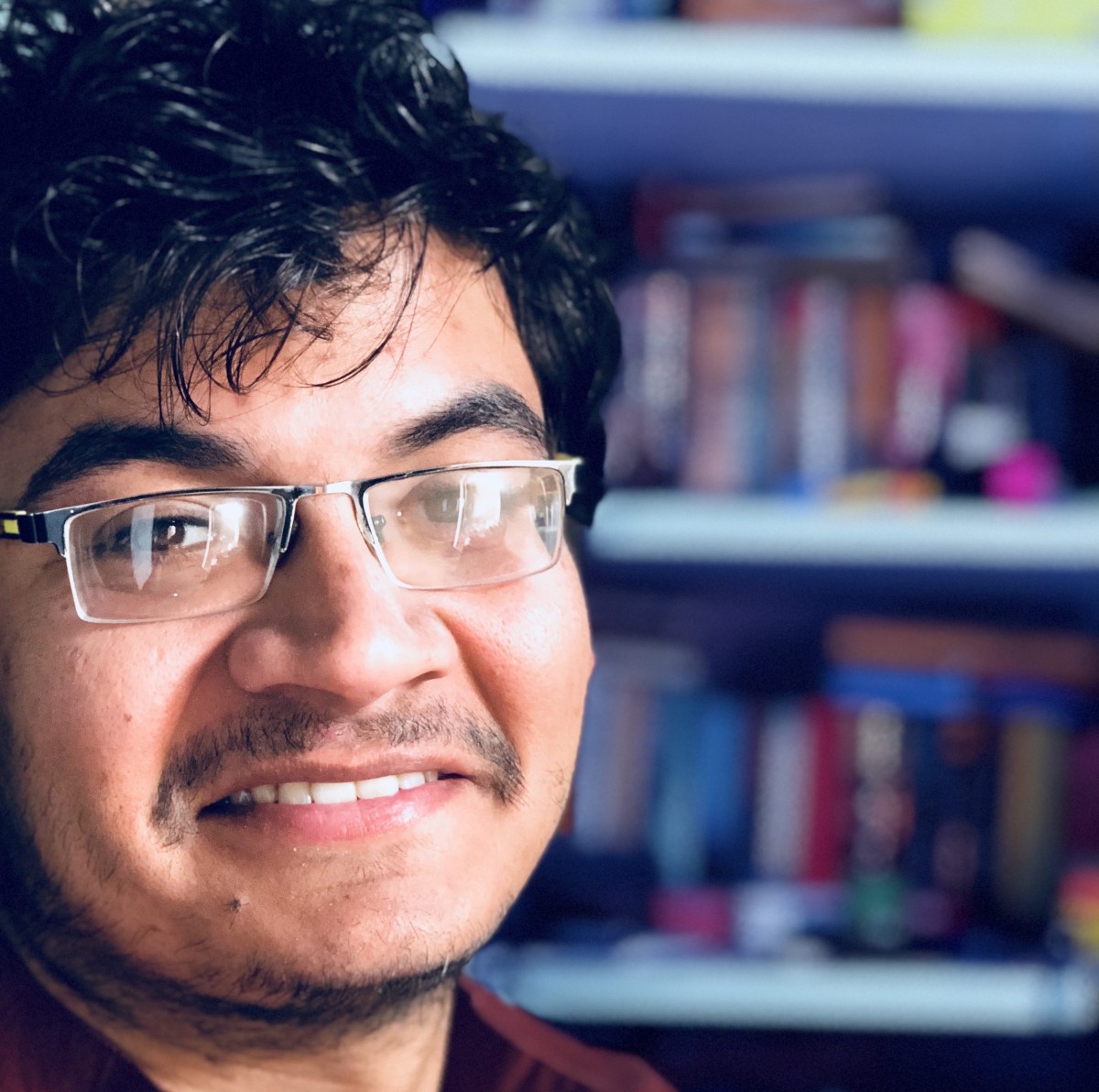 Varanasi: In the aftermath of the Emergency, the Janata Party came to power in 1977 in a major setback to the Congress. Indira Gandhi, who often visited Varanasi owing to her close ties with then senior Congress leader Kamlapati Tripathi and the people of the constituency, paid a sudden visit to the Sankat Mochan music festival that year. As she was no longer the prime minister, she arrived without any spectacle. In the year 1980, when Congress resumed power and Indira Gandhi became prime minister for the second time, she paid another surprise visit to the festival. At the time, the guests were seated next to the podium. The mahant Veer Bhadra Mishra wasn’t sure how to honour the prime minister, so he arranged for her to be seated on the stage, next to classical vocalist Kankana Banerjee who was performing. The audience was so enraptured with her music that no one moved to honour the prime minister until the performance was over.

In 2016, Prime Minister Narendra Modi was formally invited to the Sankat Mochan Sangeet Samaroh. The Special Protection Group (SPG) and the administration did a quick survey of the temple and found that the prime minister cannot visit it because of security concerns. “If Modi cannot visit a temple, will he go to a mosque instead?” – a joke circulated. Back in 2015, Modi was invited to Varanasi’s famous Ram Leela celebration but he did not go.

Together, these sporadic episodes reveal that every secular platform in Varanasi, even if absolutely cultural in nature, addresses a larger political discourse.

Ghazal singer Ghulam Ali was invited to the last two Sankat Mochan festivals. He did not come this year. In 2015, his unannounced visit caused some excitement, with requests from the audience pouring in for him to perform popular numbers, including Chupke Chupke, his ghazal from the movie Nikaah. Varanasi gharana‘s Pandit Chhannulal Mishra, who was among those who endorsed Modi’s nomination in the Lok Sabha elections, remarked that Ali’s participation had damaged the prestige of the festival. The controversy died down after Mishra’s remarks were met by fierce opposition from the people of Varanasi and writers alike.

However, Mishra was not the only one to make such remarks. Before the 2016 festival began, the Bajrang Dal and Shiv Sena put up posters warning festival goers that no ‘Pakistani’ will be allowed in the temple premises. Effigies were burnt but despite all efforts to ignite a protest, Ali reached the temple as scheduled and sang for over an hour and a half.

I interviewed Ali during the festival. Amidst all the hue and cry, Ali said exactly what any other artist participating in the Sankat Mochan festival would say: “I have nothing to do with politics. I came because I was invited. Whether they love me or abuse me, I will continue to sing. Hanuman ji has called me here.”

For a very long time, Muslims and women did not participate in the festival. Veer Bhadra Mishra changed this by allowing women first, and then Muslim artists in 2007. Vishwambhar Nath Mishra, who has been in charge of the festival for the past four years, has now opened it for classical, rock, Pakistani and Afghanistani artists.

In the current political context, Varanasi has seen a steep rise in communal polarisation in recent years. In the recent UP assembly polls, when Modi passed through Muslim-majority areas of Madanpura and Sonarpura during his road show, several Modi supporters were heard saying, “Modi ji has shown these bastards their rightful place. He marched right in their faces.” The majority community has now acquired chief minister Adityanath’s stamp of approval as well.

However, the format of Sankat Mochan music festival protects the whole concept of music and culture from turning religious. Pandit Vishwambhar Nath Mishra, engaged in the drive to clean the Ganga, says, “There is a uniformity in music festivals and the Ganga. As the Ganga is for everyone, so is the Sankat Mochan platform. They are the real and unquestionable grounds of life.”

But the people associated with the festival are as calm and composed about any political interference, as the festival itself. Such interventions do not interest anybody, nor does any one want to create an unnecessary controversy out of it. Their comments do not reflect any negativity. Instead, they talk about promoting the Ganga-Jamuni culture.

Pandit Hariram Dwivedi, who is 81-years-old and has been organising the festival for the past 22 years, says, “We witnessed the time when Bismillah Khan first came as a Muslim artist to perform in the temple and the trend started. There is neither opposition nor anger inside the temple. Everyone is concerned with music.”

After several years, 88-year-old Girija Devi came to sing at the temple despite her illness. The things she said before beginning her performance, emphasised the importance of the message the festival sends out. She said that all kinds of music have their own value and audience. All must be heard with equal appreciation. If one listens to bhajans, one must listen to ghazals as well.

Girija Devi’s message becomes all the more relevant when one witnesses Ahmed Hussain and Mohammed Hussain follow up a couple of bhajans with a ghazal at the festival, or when sufi music starts reverberating through the temple with Hamsar Hayat Nizami, the qawwal of Dargah Ajmer Sharif, or even when requests pour in from the audience for Ustad Rashid Khan to perform ‘Aaoge jab tum saajna’.

During the past three or four years, the programs in which Muslim artists performed saw larger audiences compared to the rest. This may lead some to an illusion of conspiracy but it is actually true. Someone sitting in the audience was heard saying, “It’s good that Ghulam Ali didn’t come this year or we wouldn’t even find a place to stand here.”

Tulsidas said, “We will beg to eat and sleep in the mosque; we have nothing to do with anyone.”

Quoting this, Vishwambhar Nath Mishra says, “When a great Hindi poet of the Mughal era says so, who are we to challenge such uniformity or let anyone else do it?”

The Sankat Mochan festival has now found a larger audience. Vishwambhar Nath Mishra says, “When you play the musical notes, they sound the same from Pakistan to Afghanistan or even the US. The greats understand it. Because everyone who achieved greatness in the past has talked about bringing people together. And those who are ideologically poor – well, you can look around and see what they are doing.”

Translated from Hindi by Naushin Rehman. Read this article in Hindi here.