Two Voices, One Resonance: How Jinnah and Radhakrishnan Help Us Close Divides

When I look at my country today, irrespective of whether I am Pakistani or Indian, truthlessness and insincerity stare me in the face, writes the musician T.M. Krishna 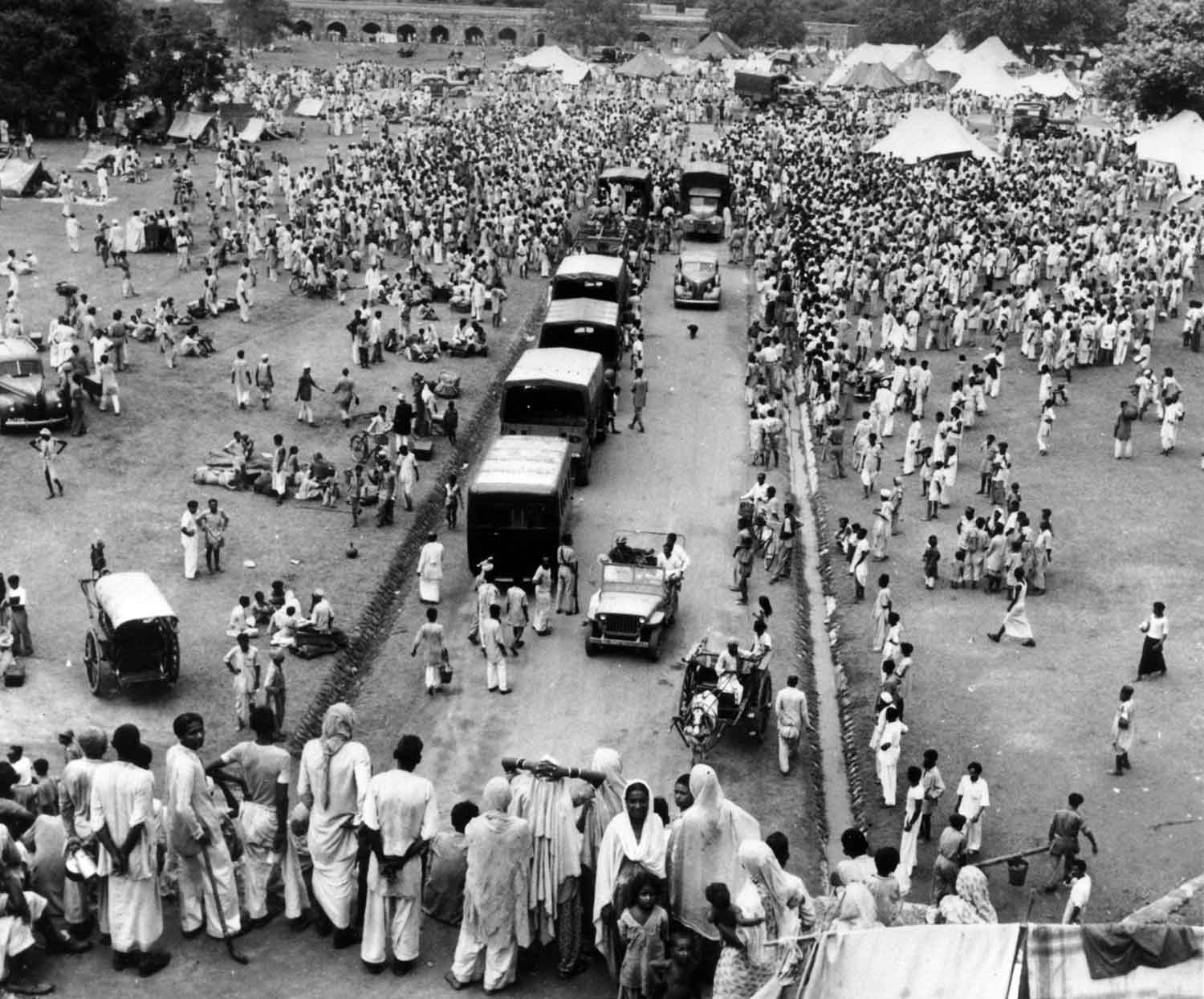 Rediscovering history can be stunning.  As, for instance,  when we stumble upon words spoken by historical figures. They can compel us to revisit our present.

I recently came across two beautiful speeches by Sarvepalli Radhakrishnan and Mohammad Ali Jinnah. These were two very different individuals. Jinnah a Karachi-born Gujarati liberal, barrister, an active participant and architect of the freedom struggle – and partition of India. In Radhakrishnan we had a quintessential thinker, scholar, philosopher, advaitin who was shaping the modern discourse on 20th century Hinduism.

This address by Radhakrishnan to the Constituent Assembly of India was delivered on December 11, 1946 and Jinnah’s to the Constituent Assembly of Pakistan exactly eight months later, on August 11, 1947. The Dominion of Pakistan and the Union of India were ‘works in progress’ at the time, the deliberations on their respective constitutions had already commenced or were just about to. It is in this backdrop that they spoke.

The opening of both their speeches are very similar, celebratory yet to me a little dissonant in the context of their time. Jinnah says,

“This mighty sub-continent with all kinds of inhabitants has been brought under a plan which is titanic, unknown, unparalleled. And what is very important with regards to it is that we have achieved it peacefully and by means of an evolution of the greatest possible character”.

And Radhakrishnan says the following

“This Constituent Assembly has met here to frame the constitution, to effect the withdrawal of British control, political, economic and military and to establish a free independent India. If successful, this transfer of authority will be the biggest and the least bloody of all transfers in human history”.

Spoken against the backdrop of the Hindu-Muslim genocide of 1946-47, these statements do appear wishful. I kept looking for references to the riots but found no direct mention. The bloodshed of 1946 in Calcutta, Bihar and Noakhali were a recent memory for Radhakrishnan and the massacre and suicides in Rawalpindi in early 1947 must have been active in Jinnah’s mind. The omission may well have been conscious. Both of them speak of creating a new, non-discriminatory society, without any socio-religious divisions, placing the state ahead of personal faith. But it is evident that both of them are acutely aware of the past. The two individuals were flawed like everyone else, and there are parts of their respective speeches that are problematic. Yet when we hear Radhakrishnan say

“India is a symphony where there are, as in an orchestra, different instruments, each with its particular sonority, each with its special sound, all combining to interpret one particular score. It is this kind of combination that this country has stood for”

something stirs deep within us. As when Jinnah, foreseeing a future Pakistan, says

“… you will find that in course of time Hindus would cease to be Hindus and Muslims would cease to be Muslims, not in the religious sense, because that is the personal faith of each individual, but in the political sense as citizens of the State.”

A universality binds us to their thoughts.

Radhakrishnan’s ‘symphony’ metaphor obviously resonates with the musician in me. How exquisite! One score that is complete only when every instrument with its distinct character shares aural space, weaving melodies, harmonies, textures, tones and accents with the others. Once brought together, no one knows which instrumentalist played which part of the score, in fact, we shouldn’t be able to deconstruct the experience. The piece exists only together, as parts it is music-less.

Radhakrishnan yearns for such an Indian society, a seamless blend of historicities, philosophies and faiths. And this is where in my imagining, Jinnah glides in and completes the thought. He seems to be saying, ‘It is not enough if we, the observers don’t know who has played what role in the symphony, the musicians themselves shouldn’t care, their own identity has to be subsumed in the music.’ The oboe player is ‘the music’ even when she silently watches the score and listens to the violinists. Every individual should see herself or himself as part of the other and, collectively, the nation. Was this, unknown to himself, an advaitin in Jinnah?

Elsewhere in that speech, Radhakrishnan speaks of the psychological evils that India suffers,

“…from loss of human dignity, the slavery of the mind, the stunting of sensibility and the shame of subjection’. He says ‘these are common to all: Hindus or Muslims, princes or peasants… The chains may be made of gold but they are still chains that fetter us. Even the princes will have to realise that they are slaves in this country’.

Equality in general is addressed in the sense of opportunity, access and benefits where the underlying reality is inequality, but now comes an interesting inversion of the idea. Radhakrishnan points to another ‘equality’ – the equality of psychological slavery among all Indians. He uses this argument effectively to demolish socio-political hierarchies. Though he comes from the point of view that colonisation is an underlying condition of oppression for everyone including the princes, he helps us see how the assumption of unbridled political power, wealth or spiritual control are specimens of our own many self-enslavements.

He goes on to say “To murder yourself, to betray yourself, to barter away your spiritual wealth for a mess of pottage, to try to preserve your body at the expense of your spirit – that is the greatest sin.” Having spoken impressionistically, as a true philosopher, Radhakrishnan does not further substantiate this point. What is this spiritual wealth or the spirit that needs to be protected? Is this some abstract Upanishadic idea or is it an observation of reality? Once again, Jinnah comes to the rescue, brutally denouncing the curses and evils of his times; corruption, bribery, black marketeering, nepotism and – yes, jobbery! All actions that lead to immediate benefit when our spirit or should I say our spiritual wealth is sacrificed. Mohammed Ali Jinnah, at the 1946 session of the Muslim League

Jinnah believes that partition was the best way forward but accepts that not every one in Hindustan and Pakistan agrees with him. At one place, utterly sure of himself he says “I am sure future history will record its verdict in favour of it.” But very soon a great doubt – one could say a very Nehruvian doubt – creeps in:

“Maybe that view is correct; maybe it is not; that remains to be seen.”

This uncertainty in his voice is real. A country is being born, torn out of a larger land, that many feel ought to have remained united, and so…can we be sure that we were right ? I will not judge the course he took, but the trepidation and self-doubt in his discourse are truly moving. From the other side of the Radcliffe Line we hear a clear message. Radhakrishnan elegantly condemns the idea that the people of “this one country” can ever think that they belong to different nationalites. The use of the word nationalities in this context does seem to suggest a subtle attack at Jinnah’s successful two-nation theory.

In the following passages we hear very different voices from them. Says Jinnah:

“If you will work in co-operation, forgetting the past, burying the hatchet, you are bound to succeed. If you change your past and work together in a spirit that everyone of you, no matter to what community he belongs, no matter what relations he had with you in the past, no matter what is his colour, caste or creed, is first, second and last a citizen of this State with equal rights, privileges, and obligations, there will be no end to the progress you will make”.

Here there is an acknowledgment of the hatred and violence that tore through communities, but Jinnah wants bygones to be bygones. He is unwilling to dwell on the past and dirty himself in its pot holes. He wants people to forgive, forget and move ahead to create a future. Radhakrishnan will of course have nothing of this:

“Softness, gentleness – that is the greatest weapon which will wear out the highest kind of opposition. We have not been true to It. We have betrayed and done wrong to millions of our own fellow beings. It is now time for us to make atonement for all our past guilt. It is not a question of justice or charity, it is atonement – that is how I would put it.”

Radhakrishnan’s atonement is Gandhiesque, a self-purification, cleansing where the future course of action must be a prayaschita of the past. But even with this obvious difference in their modes, if were to read these lines of Radhakrishnan followed by Jinnah, not a word would seem jarring.

Reading these together was not an exercise to bring Jinnah and Radhakrishnan nearer each other, in fact they cannot be. But their words, separate yet connected, do one thing together – they seek to close divides in the human condition. After a point of time it did not matter to me whether I was reading Jinnah or Radhakrishnan.

Truth be told, people of both nations began with very similar hopes. They were battling the very same demons and were as tense about what might happen, yet with equal courage they moved ahead. Neither country was a mistake, since the people of both nations charted a future with honest hopes and aspirations. In spite of an immediate past that was ugly and brutal, neither Jinnah nor Radhakrishnan utter one word laced with anger or hate. Could I interchange the speeches between them? In style and in the specifics, with difficulty, but conceptually, with ease.

When I look at my country today, irrespective of whether I am Pakistani or Indian, truthlessness and insincerity stare me in the face. These speeches are not about the greatness of the individuals, they are a glimpse into the socio-political conciousness of a certain collective. In spite of all their inadequacies and imperfections they were able to, at least for a few fleeting minutes, fix their minds on a nation built on sharing, mutual respect and freedom.

As I said at the start, the most stunning aspect of rediscovering history is when we allow ourselves to stumble upon those rare moments in peoples’ lives, when words – ‘their’ words – reveal an imagination unfettered by attitudes, lined with introspection drawn from the past and spiked with a fear of the future.

If we can forget the realities of the speakers’ actions before and after these moments, not to brush them aside but to un-cloud our minds while receiving their words, we may be able to see our present with greater clarity.

Every time we read history we look for the consequence – for “why and what happened next” – and then every word is coloured by our predisposition. But if we can press the pause button for just a moment, the words of these individuals glow in a new light, allowing us to draw out of them that one quality that we seem to have surrendered to parochialism – a vision of our collective wellbeing that beckons our future in selflessness.

T.M. Krishna is a Carnatic vocalist, author of A Southern Music and a writer on contemporary issues