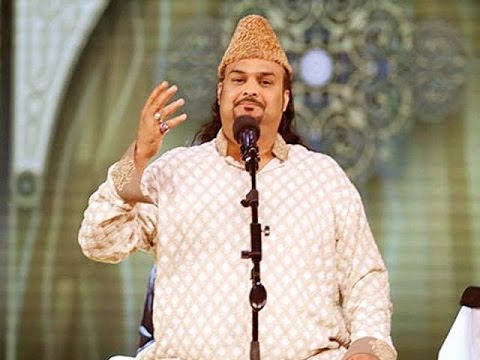 Amjad Sabri, a master of qawwali, the devotional music popular across South Asia, was murdered in Karachi last week. A spokesperson of the Tehrik-e-Taliban claimed responsibility for the attack and declared Sabri a blasphemer. The militant outfit is not alone in considering the qawwali, which has long been part of the Sufi tradition in the subcontinent, as heretical. Many Sufi practices are frowned upon as deviant within the more puritan religious movements that have become increasingly popular in Pakistan during the last few decades.

Nevertheless, Sabri’s brutal murder came as a shock to many. His funeral procession was attended by thousands of men and women who openly wept at the loss of the much-loved qawwal. There was also the predictable outpouring of ‘thoughts and prayers’ from politicians and public figures followed by the usual chest thumping about defeating terrorism.

These expressions of shock and grief are only notable for their convenient amnesia that appears to have afflicted many amongst us. It was not the Taliban or the much-maligned mullahs who accused Sabri’s famous qawwali ‘Ali ke sath hai Zahra ki shadi’ of being blasphemous during the Geo TV versus the establishment showdown in 2014. The qawwali had been performed at a morning show on Geo TV, at a time when the news channel was locked in a political tussle with the intelligence agencies over the attempted murder of their star reporter Hamid Mir. When an ordinary smear campaign against the channel failed to mobilize sufficient support, the establishment played the religious card: the channel was accused of committing blasphemy by disrespecting members of Prophet Muhammad’s family who were mentioned in the qawwali. Protests were held and FIRs filed. The Islamabad high court issued notices to several individuals involved in the row, including Sabri and poet Aqeel Mohsin Naqvi who had penned the qawwali, before the whole issue eventually blew over.

Then it was not the bearded clerics but the clean shaved TV show host Mubasher Lucman who drew national attention to the alleged blasphemy and devoted two episodes of his talk show to protesting this ‘assault on the sentiments of the nation’. Declaring in no uncertain terms that the particular qawwali performed on Geo TV was “blasphemous”, Lucman went on to declare the entire practice of qawwali singing as antithetical to Islam. In fact, it was his guests – two religious scholars – who pushed back and insisted that it was not the qawwali that was sacrilegious but the setting which was disrespectful as it involved fun and games that are against the proper etiquette of listening to such devotional music. In another episode, Lucman invited Maulana Ahmad Ludhianvi of the Ahle Sunnat Wa al Jammat (ASWJ) to further malign the rival TV channel. ASWJ is the proscribed front for the banned militant Sunni outfit Lashkar-e-Jhangvi. Lucman has of course expressed ‘shock’ at Amjad Sabri’s murder and also discussed the need for the state to provide security to artists and performers. No doubt artists in the country need protection when they are made vulnerable by the likes of Lucman.

Imran Khan, the harbinger of Naya Pakistan, has also expressed grief at Sabri’s murder. In 2014, he threw his weight behind the accusations against Geo TV which resulted in actively endangering Sabri’s life as well as those associated with the program. Even as the rest of the country is reeling from the shock of the latest Taliban attack, Khan has defended his decision to fund the pro-Taliban Darul Uloom Haqqania in Khyber Pakhtunkhuwa where his party, Pakistan Tehreek-e-Insaaf (PTI), is currently in power. PTI has slashed funding for minorities and allocated a whopping Rs 300 million of taxpayers’ money to the private madrasa known for producing many Taliban leaders including Mullah Omar, Mullah Mansoor and Jalaluddin Haqqani. Khan’s argument that the madrasa has agreed to reform rings hollow as there are no clear guarantees or deliverables required from the institute. Moreover, the funds have been allocated for construction and rehabilitation of the institute. Trying to understand how constructing new buildings will lead to ‘deradicalisation’ is something I leave to Khan’s avid followers.

But let us come back to Sabri. This is not the first time public figures have fanned religious extremism for political mileage or TRPs and later expressed shock when the individuals they actively endangered were gunned down.

It was not a cleric but popular TV anchor Mehr Bukhari who conducted an extremely inflammatory interview with Salman Taseer in 2010, where she accused him of attacking the sanctity of Prophet Muhammad by trying help a Christian woman accused of blasphemy. Taseer had also been trying to reform the country’s controversial blasphemy laws. She was of course very shocked when Taseer was murdered by his security guard in 2011.

A few weeks ago, actor and TV show host Hamza Ali Abbasi led a controversial and much talked about discussion on the channel Aaj TV regarding Ahmadis, a religious sect declared as non-Muslim by the state. A little known anchor Shabbir Abu Talib from the rival TV One decided to cash in on the controversy and promptly invited Maulana Kokab Noorani to shed light on Abbasi’s ‘audacity’. The two proceeded to accuse Abbasi of blasphemy and Noorani openly incited people to murder Abbasi. No case has been filed against these two even though incitement to murder is a criminal offence under the penal code as well as the Anti Terrorism Act. No doubt, Abu Talib will be very distressed if someone actually shot Abbassi. He will probably go on to do a show on the deteriorating law and order situation in the country.

It is nauseating to see those who wanted Amjad Sabri’s head on a platter only a while ago now ‘mourning’ his death. Our collective amnesia regarding the promotion of violent narratives serves the dual function of reducing religious extremism to anti-state outfits like the Taliban while at the same time re-affirming the educated urban upper class as the rightful custodian of the nation. This paternalistic discourse that displaces violence on to the so called uneducated masses and the much vilified clerics, effaces the active role played by the state and elites in mainstreaming extremism for political and professional gains.