The “Bad Art Friend” saga has held readers spellbound, launching a thousand debates about which of the two central figures in the writers’ feud is to blame. But maybe the real culprit is a bleak economic landscape that leads writers to fight for scraps. 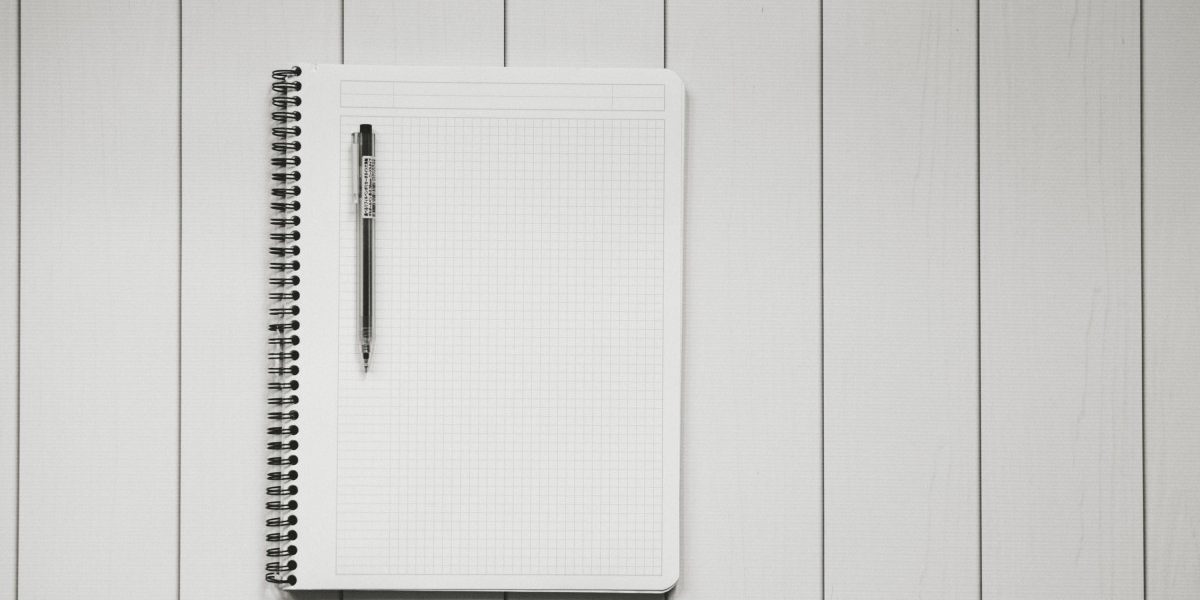 Bear with me. This is not a meditation on how a published author’s greatest story is the friends they made along the way. The opposite, actually: There’s good reason to believe that the jealousies, backbiting, and professional sniping stereotypically associated with artists, and recently spotlighted by a viral New York Times culture piece, are actually the product of the daunting and merciless political economy they’re forced to operate in.

That Times piece is, of course, “Who Is the Bad Art Friend?”, the nearly ten-thousand-word-long account of a feud between two aspiring Boston-area writers involving a kidney, a short story, lawsuits and countersuits, and lots of social media posting. With its copious drama, ethical ambiguity, and recognisably flawed characters, the piece and the dispute at its heart quickly became a phenomenon: In a week that saw explosive accusations against Facebook, revelations of AT&T’s critical driving role in hard-right propaganda, and yet another disastrous oil spill, this obscure quarrel between two writers was all anyone in professional media could talk about.

The question of who exactly, if anyone, we should be rooting for consumed the Discourse for a week, with just enough human detail to make each of the central figures a contender for hero and villain. I’m not going to try to convince you who I think is in the wrong here — you probably wouldn’t agree anyway — but it’s important to know the broad strokes.

After Dawn Dorland created a Facebook group of fellow writer friends and acquaintances, seemingly to farm adulation for her decision to give a perfectly fine kidney away to a total stranger, one of those acquaintances, rising literary star Sonya Larson, penned a short story based on Dorland’s act of charity. The story, depicting the Dorland-inspired character as a clueless, well-off white-saviour type, seemed at least partially designed to mock Dorland, an impression given more weight when private messages showing Larson and another writer friend doing so later came to the fore.

Before long, Dorland found out about the story and, to her added horror, discovered Larson’s story had also included a letter that sounded suspiciously similar to the one she’d written to her own kidney recipient, which she’d posted in the group. (She later found Larson had first pasted her original letter word-for-word in an earlier draft.) She filed a lawsuit to block the story’s distribution at an upcoming book festival, charging that Larson had committed the writer’s cardinal sin of plagiarism — you can’t help but suspect, as a form of payback, or at least to stop her public humiliation from spreading even further. Larson countersued, her supporters charging Dorland with, basically, trying to colonize an Asian-American author’s work.

Is Dorland at fault, for trying to soak up applause, then launching a spurious copyright suit to suppress a non-white colleague’s writing (a suit that, for the sake of all art, the courts should swiftly throw out)? Is Larson at fault, for a mean-spirited public takedown of a colleague, one whose identifying features she seems to have deliberately not bothered to conceal? Or are we the real bad art friends, as one columnist proposed, casually wallowing in the missteps of strangers for our own cruel little delights?

I propose another option: What if this kind of poisonous behavior is exactly what happens when human beings are forced to compete for scraps at a steadily dwindling economic banquet? From Depression-era Germany to Yugoslavia to, yes, the modern United States, there’s a tragically long history of tight or downright crushing economic conditions exacerbating existing social divisions, leading people to turn on each other in vicious, even violent ways, as their prospects for success and material comfort get narrower. Don’t take it from me: Dorland and Larson’s own colleague, author Steve Almond, has urged readers to try and understand that the two are “human beings, writers living in an era . . . in which it often feels impossible (especially for writers early in their careers) to believe their stories will ever get published and read.”

Consider the economic landscape of the world Dorland and Larson inhabit. Poets & Writers currently lists 212 Master of Fine Arts (MFA) creative writing programs just in the United States, stretching from Alaska and Utah to Maine and Florida, up from 156 in 2008. Tens of thousands of aspiring writers apply each year, with only around three to four thousand graduates. Even fewer will go on to find a publisher for their work, and a still tinier number will have that work widely read: Fewer than five hundred of the more than hundred thousand new books published each year make it to the New York Times bestseller list, and most of those will stay there for a few weeks at best. For a lot of fiction writing, selling a few thousand books is considered a rip-roaring success. No wonder that one leading editor told the New York Times in 2015 that MFA programs were “a house of cards,” because “the number of writers has increased, but the number of readers has not.”

A lot of the time, the satisfaction of getting something published and read is the only reward for writers, and increasingly so. According to the Authors Guild’s 2018 Author Income Survey of just over five thousand published writers, the median sum of writing-related earnings had dropped between 2009 and 2017 by 42 percent to a little over $6,000, with authors of literary fiction suffering the biggest decline: 27 percent since 2013. The pandemic made this even worse, with 71 percent of those surveyed reporting an average loss of 49 percent of their prepandemic income over last year, nearly half of those having been affected by the cancellation of speaking appearances. With short stories, it’s even worse: The journal Larson had submitted her story to reportedly pays $300 to $500, and to have their stories even considered for publication, authors have to pay them a small sum.

If, like the vast majority of such graduates, they’re unable to make a decent living from writing, many have to pay off their tens of thousands of dollars of debt by taking a job that makes minimal use of their talents. Hiring in the arts industry had plunged by 13.7 percent over the year to March 2019, the worst among all industries, according to that month’s LinkedIn Workforce report. While it’s made gains the past few months, that’s largely a function of how further decimated it was over the course of 2020. Meanwhile, the Bureau of Labor statistics estimates the median pay for writers and authors working in any industry at $67,120 a year.

Once a safety net for aspiring writers, even the university system is no refuge, hollowed out by years of corporatization. According to the Association of Writers & Writing Programs, creative writing graduates hoping to secure the financial stability they need to pursue a writing career have to run the same gauntlet as every other graduate trying to make it in academia, patching together a living from multiple low-paying adjunct positions in the hope they’re eventually offered a full-time job. In the 2017–18 academic year, that meant competing for 354 positions, only 176 of which were tenure-track jobs.

We can see so many of the issues plaguing the wider US political economy playing into this. For its part, the Authors Guild blames published authors’ meagre earnings on Amazon’s growing market dominance, as well as the larger publishing role of companies like Google and Facebook, who devalue authors’ work to keep costs at a minimum while scooping up the largest share of the profits for themselves. But we also see the effects of the predatory US college system, its debt-reliant business model, and the devaluation of both higher learning and writing as intangible social goods after decades of neoliberalism. Not surprisingly, the Guild backs antitrust action to reduce the power of these tech giants, as well as the PRO Act, to allow freelancers to collectively bargain and, hopefully, get better rates and royalties.

Nearly ninety years ago, the federal government helped to revitalise the creative arts and the US cultural landscape with the New Deal’s Federal Writers’ Project, helping underwrite the careers of storied American authors like Ralph Ellison, Saul Bellow, and Zora Neale Hurston. With the current president entertaining pretensions to Rooseveltism, it would be easy and relatively cheap to do something similar now — or, ideally, something even more expansive, given how the shift to a digital world has impacted the ledgers of all publishing. In fact, several bills exist that would do this very thing. But with Joe Biden’s conservatism, and the sprawling $3.5 trillion reconciliation bill having stalled and now facing major cuts, it might be a while before such proposals ever become reality.

It’s too bad, because without this kind of sea change, our world, whether in literary fiction or any other field of shrinking opportunity, threatens to become a landscape defined by “bad art friend”-style episodes. You’re probably familiar with it. It looks like almost every cultural division that prevails in today’s United States, where immense human potential is nurtured for profit, then dumped into an arena with seemingly one way out: Marshaling those God-given talents to attack each other, instead of the walls that surround us.

Being a good art friend means more than supporting the people in your life who share your skills and ambitions. It also means overhauling the rotten economy that pits artist against artist.

Branko Marcetic is a Jacobin staff writer and the author of Yesterday’s Man: The Case Against Joe Biden. He lives in Chicago, Illinois.